Make your trip to the city of Vlora unforgettable by visiting the region’s top natural landmarks and cultural sites. The Regional Directorate for National Culture (DRKK) Vlora offers a detailed guide into the must-see attractions in the southern region. DRKK invites all Albanian and international visitors to explore Vlora city and region in 2019.
The city of Vlora is situated in a favorable location at the center of Vlora Bay. The strategic position facing the Italian coast, good connectivity with the hinterland, and the optimal climate were key factors for early human settlements.
A various number of archeological sites and monuments represent a different historical period of the city’s history. Traces from the Paleolithic, Mesolithic, and Neolithic age were found in the ancient settlement of Triport and Dukati plain. Important urban centers were built along the bay stating the Bronze Age.

Kanina and Triporti were important centers that provided maritime access to Amantia. In the meantime, Oriku was an independent and important seaport. Oriku was also an economic center and it had its own coin currency.

Read also: Five Ancient Landscapes to Visit in Orikum Town
These fortified settlements lost their importance during the Roman period. The site of Aulona began its growth during that period. Aulona is mentioned in almost every maritime and land itinerary during the Roman period. Nowadays, the ancient ruins of Aulona can be found at the park on the west side of the Flag Square.
During the Middle Ages, Kanina was one of the most important coastal centers. Vlora became an administrative center following the fall of Kanina to the Ottomans.
The most important moment in Vlora’s history was in 1912 when the Independence of Albania was proclaimed on 28 November. The natural, historic, and cultural heritage make Vlora region a must-visit tourist attraction. 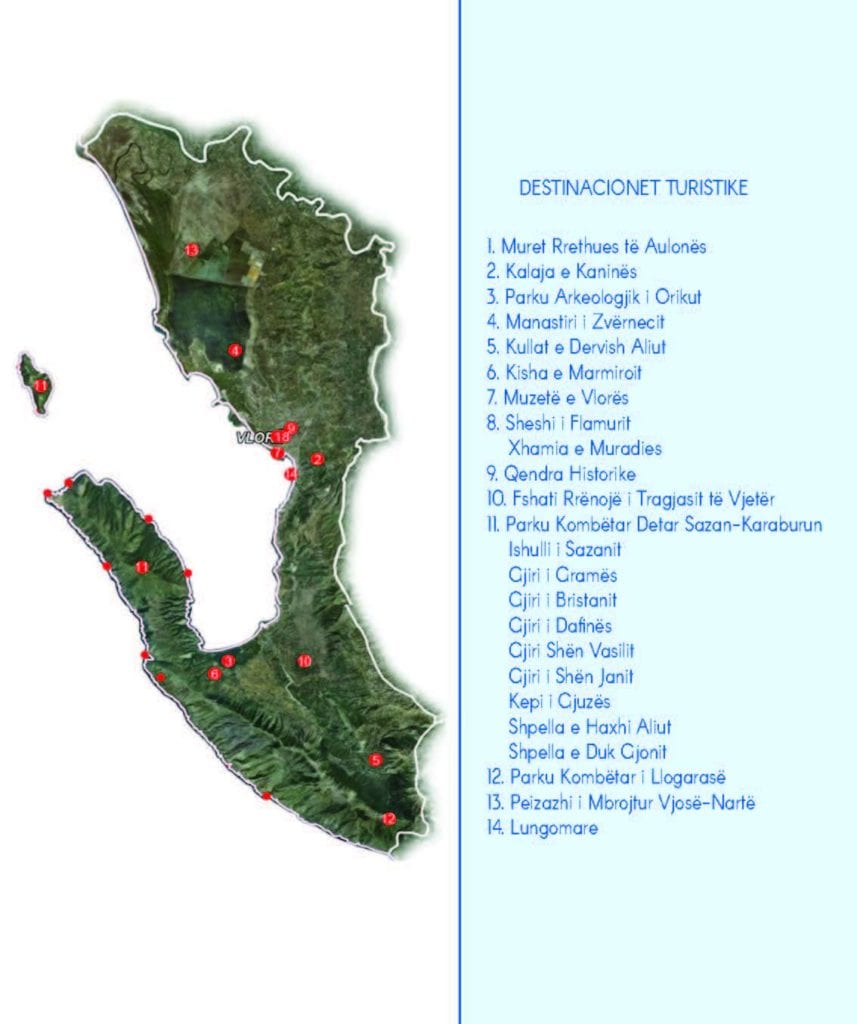