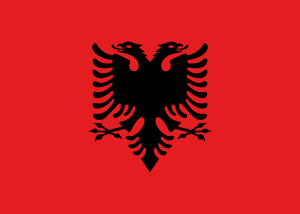 The Republic of Albania

Albania is defined by its Constitution, which is the highest law in the country, as a Unitary Parliamentary Constitutional Republic. The country also applies the international law that is binding on it.

“We, the people of Albania, proud and aware of our history, with responsibility for the
future, and with faith in God and/or other universal values,
with determination to build a social and democratic state based on the rule of law, and to
guarantee the fundamental human rights and freedoms,
with a spirit of religious coexistence and tolerance,
with a pledge to protect human dignity and personhood, as well as for the prosperity of the
whole nation, for peace, well-being, culture, and social solidarity,
with the centuries-old aspiration of the Albanian people for national identity and unity,
with a deep conviction that justice, peace, harmony, and cooperation between nations are
among the highest values of humanity,
We establish this Constitution…”

Albania (Shqipëria) is a 28,748 km2 country situated in the heart of the European continent, in Southeast Europe. The country is small in kilometers but it has many natural landscapes, is rich in mineral and natural resources and its inhabitants have inherited unique traditions of their Illyrian ancestors. Tourism has become a priority in-country, being that Albania is surrounded by about 400 km coastline with its unspoiled Adriatic and Ionian beaches.

Based on the data provided by the Albanian Institute of Statistics (INSTAT), Albania welcomed 5.9 million international arrivals in 2018.

Located in the region called Balkans, Albania is bordered by Greece in the southeast, Macedonia in the east, Kosovo in the northeast, and Montenegro in the north. In front of it (bordered by the Adriatic Sea) in Italy. The main airport is called Mother Theresa Airport, located in Rinas, between Tirana and Durres cities.

Tirana, the largest city and at the same time the most developed metropolis is the capital of Albania, situated in Middle Albania, bordered by Durres and Elbasan cities, the second largest cities in the country. Tirana is the settlement of many international firms and businesses’ offices. The architecture and urban development of the city boosted after 1990 since before citizens didn’t have the right to construct nor had their privately owned lands or facilities.

3.020209 million people are estimated to live currently in Albania (calculated in 2014), whose prominent values are the worm hospitality and religious tolerance, often praised by important international figures, lately by Pope Francis during his historic visit to Tirana on September 21, 2014.

The economy of Albania has had many ups and downs during the transition period (after the fall of communism in 1990 until nowadays). It is a liberalized economy and mainly focused on tourism and natural resources (chrome, oil, and other minerals). The economy’s priority sectors are agriculture, tourism, ICT, transportation and logistics, renewable energy, manufacturing industry, mining industry (natural resources).

Albania is a democratic state and has a large number of small parties registered as active in the country’s political life. Socialist Party (mayor left-wing party in-country) is currently ruling the country, headed by its leader Edi Rama, Prime Minister of Albania, declared the winner of elections held in 2013. Democratic Party is the main opposition party, ruled by Lulezim Basha, which is currently Mayor of Tirana Municipality.

After the fall of the communist regime in 1990, the first democratic elections took place in 1991 but the communist party won and was still a majority. In March 1992, amid liberalization policies resulting in economic collapse and social unrest, a new front led by the new Democratic Party took power. The economic crisis spread in late 1996 following the failure of some Ponzi schemes operating in the country, peaking in 1997 in an armed rebellion that led to another mass emigration of Albanians, mostly to Italy, Greece, Switzerland, Germany, and the United States. In 1999, the country was affected by the Kosovo War, when a great number of Albanians from Kosovo found refuge in Albania. Albania became a full member of NATO in 2009 and has applied to join the European Union. In June 2014, the Republic of Albania became an official candidate for accession to the European Union.

On 28 November 1912 Albania declared independence from the Ottoman Empire.

Short-lived monarchy headed by William, Prince of Albania, until the abolition of the monarchy in 1925.

Official name as enshrined in the Constitution of 1925. A protectorate of the Kingdom of Italy after the Treaties of Tirana of 1926 and 1927.

The constitutional monarchal rule between 1928 and 1939. A de facto protectorate of the Kingdom of Italy.

A protectorate of the Kingdom of Italy led by Italy’s King Victor Emmanuel III. Ruled by Italian governors after a military occupation by Italy from 1939–43. Ceased to exist as an independent country. Part of the Italian Empire.

A de jure independent country, between 1943 and 1944. Germans took control after the Armistice with Italy on 8 September 1943.