Invest in Agriculture in Albania 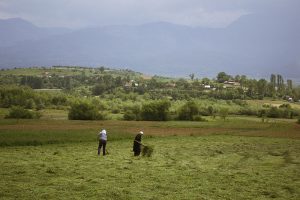 In 2019 for instance, there were 351,600 registered farms in Albania, and the total export of agricultural goods was valued at Lek 35,300 million.

The agriculture exports represented 11.8 percent of the country’s total exports in 2019, showing a significant increase as compared to only 8.7 percent in 2015 and just less than 3 percent in 2005 (data from investment.com.al)

Currently, the industry is dominated by small agricultural local producers with an average farm size of 1.2 hectares. Still, the number of enterprises operating in agro-business has not changed significantly during the past years, maintaining on average about 2,200 new enterprises.

The general level of interest in investing in this sector has generally been low, mostly due to certain issues faced by the sector such as migration from rural areas, poor marketing of products, underdeveloped irrigation, and drainage systems, poor technological and infrastructure level, weak organization of the farmers, low level of development of the processing industry, etc. However, with the energy and road infrastructure rapidly improving and the interest of foreign investors in the last years, the sector looks promising in the future.

Agro-processing as an industry, feeds on Albania’s most important sector, agriculture while carrying the growth potential of manufacturing. Its interdisciplinary nature offers multiple entry points for enhancing growth and any improvements to the business performance in the sector are very likely to affect both production and retail.

Dat from a 2020 Investment Council report show that the most advanced agro-processing is done by 2,476 companies of which about 65.4 percent consist of  flour, bakery, pasta, cookies, and sweets production;
12.8 percent with dairy products;
5.4 percent with meat and fish products;
4.2 percent with the production of wine and alcoholic drinks;
1.2 percent companies consist of fruit, vegetables, and MAPs processing;
The remaining companies operate with mineral water, soft drinks, and other uncategorized products.

The overall production value of the agro-processing sub-sector has increased in the recent five years by about 8.4 percent cumulative (2019/2015) reaching up to Lek 70,031 million in 2019.

Agro-processing has expanded significantly these last 10 years. The sector turnover has almost doubled between 2000 and 2010, while employment has increased by close to 20 percent, supported by a growing domestic demand for processed products. However, processors still serve a very small market, and the opportunities to expand are significant. Domestic demand will be strong for years to come as income rises and consumption shifts toward safer and faster patterns. Export markets could also be developed in areas where overall low labor costs and cheap raw material in specific subsectors supported by a suitable climate such as fruits and vegetables, olive oil, herbs and spices, wine, dairy, etc. 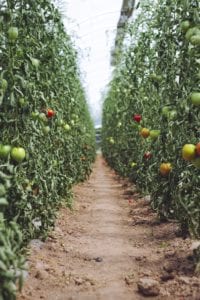 Agro-processing employs around 11,300 people in formal jobs and many more informally, esp. during high seasons in agriculture and as part of informal businesses. 65percent of these jobs are filled with young people under 30, while 70 percent of them are young women. Most youth working in agro-processing are unskilled manual workers, employed along the processing line – grading, handling, or packing products. Their income is low but quite often jobs in this industry are considered by the youth as one of the only stable, formal, and off-farm employment options in rural or semi-rural locations. Managerial and technical positions – such as food technologists or quality control – are few but in high demand.

Usually, processors are located in proximity to their supply base. 90% of the companies in the sector are small-scale, artisanal, rural, and informal. These processors have low investment levels, use traditional craftsmanship technologies, which often results in a lack of storage, and generally employ family labor. A typical example is small milk processing units. Large processors have invested in modern equipment and adopted safety and quality standards. They have better access to finance and investment and more organized internal management structures. These processors sell all over the country and register a considerable share of their employees. Typical examples are beer companies, water, and a few large and vegetable processors. Their main constraints are exports/imports, informal competition, and skills, especially on the management side.

Main products that Albania exports and some of the agriculture companies

“Danish Green Garden” is a farm brought by Denmark which specializes in the production of salads, baby carrots, and baby reddish. Currently, it has 11 greenhouses mainly in Fier and Lushnje cities, and 10 ha areas with planted fields. ‘Lola Rossa’, ‘Lola Bionda’ and ‘Frilisia’ are the varieties of salads that this farm produces. The main destination for its production in Denmark, also this company exports to 19 other countries, 13 of which are part of the E.U.

Olive oil is produced in the main cities like Tirana, Durres, Berat, Fier, Vlore, Delvina, etc. We could mention a few; The “Musai” is one of the best producers of olive oil in the country, along with “Shkalle” from Lundra, Tirana, and “Iliazi” from Delvina.

The Albanian sage makes up 70 percent of the sage exported to the U.S.A., whereas other markets are France, Germany, and Italy.

Lavender is produced in Albania, but in very few parts of the country, such as Koplik in Malesi e Madhe district, in the villages of Elbasan, etc. The two biggest markets for Albanian lavender exports are Germany and Italy, but other markets include Turkey and France too.

In 2018, Albania ranked 1st in the region of Balkans, regarding the exporting of tomatoes with a total value of €28.9 million revenue, even surpassing Greece and North Macedonia. This places Albania in the 22nd spot on a world level.

Why invest in Agriculture?

The favorable climate and low-cost rural workforce make Albania a great investment destination in the agricultural sector. Albania is one the countries in Europe with most days with sunlight (300 days per year) and having as a ‘shield’ the mountains that stretch in the Balkans, it has such a good geographic position that its products go into the market 20 days before compared to the other countries in the region. Fertile land, plenty of water, and access to a willing and competitive workforce are among also Albania’s key advantages.

The positive aspect of agriculture in Albania is that most of its products are generally free from artificial additives or pesticides, placing the country in a position to become an important producer and exporter of quality organic foods. These processors deal directly with foreign importers. Further medicinal and aromatic plants cultivated and processed in Albania include Hawthorn, dog rose, juniper berry, blueberry, thistle seed, artichoke, chamomile, herbal teas, basil, bay leaves, cornflower, dandelion, fennel, and coriander, followed by about 300 species, mostly wild collected.

Albania currently supplies only 30 percent of the local market’s demand and has great potential in this sector, which can be defined as a very good and feasible investment opportunity for potential foreign investors. Potential investors in this sector, will not only have the possibility to fill in the gap between demand & supply in the local market but will have all the possibilities to compete beyond the regional market.

Top reasons to invest in the Agricultural sector in Albania: