Albania, one of the best countries for multilingual call center outsourcing in Europe

During the last decade call centers in Albania have created hundreds of thousands of jobs, especially for the youth. They have been the best source of income for students that needed to pay rent, cover university fees, and afford a social life. In a nutshell, call centers offered both economic and social independence to the Albanian youth in Tirana, and other large cities like Durres, Elbasan, Fier, Vlora, Shkodra, and Gjirokastra. 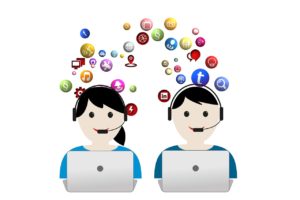 Based on statistics from INSTAT (2014) and our research, an estimated 800 companies that vary from small organizations to some of the biggest employers in the country, operate in Albania and provide employment to 30,000-35,000 people.

City light boards in Tirana advertise major music events in the capital’s clubs and promotional campaigns from call center companies.
They draw attention to teasers like:
“We can help you achieve your career aspirations” or smarter ones like this “Are you waiting for a job to fall from the sky?” This is addressed to people without any job experience that is looking for a good job, but can’t land one because of the ‘no job – no experience – no job’ loop.

Some of the most tempting recruitment strategies are on-street promotions, where young girls ask: Are you looking for a job? Do you speak Italian? Feel this form and we’ll get back to you soon.”

The most obvious reason why Albanians excel in the call center world is their excellent verbal and written communication skills in Italian and other languages, such as English, German, French, and Greek. No one asks you: Hey can you speak any other language? They ask: How many other languages can you speak?
Italian is widely spoken at the level of mother tongue throughout the country. Greek is mostly spread in the southern and southeastern regions. English is the most known language. Foreign language is one of the A-Level exams along with Mathematics and Literature in high school. Meanwhile, Albania has seen an increased number of people who learn German, French, and Spanish.

Read also: What is the Difference between Call Centers and BPOs?

Reasons to choose Albania as a Call Center destination

Detailed information about the call centers that operate in Albania is difficult to get.

The delocalization law in Italy

The Italian government pressured Italian companies that outsourced their services in countries that aren’t members of the European Union when the law on delocalization was adopted by the Italian Parliament. The law aims at reducing the dumping phenomenon in the call center sector as it affected the job market and profits for the Italian economy. The law defines penalties up to Euro 150,000 for companies that don’t declare the phone call country of origin.

This law was expected to have an impact on the sector, but its administrators remain optimistic. Some of the call centers registered as financial institutions and now they are running as Forex sales call centers.

They also rank among the ten private Albanian Companies with the highest number of employees.

Read also: Why and Where to Outsource Customer Service in Post Covid-19

Call centers in Albania offer services in the following languages:

Outsourcing customer services and technical support has been trending in Albania. European culture and a system already established are welcoming for further companies and investors.

When looking at job search sites, many job openings are available from various call center operators. The most popular job portal in Albania is njoftime.com, which list’s every job available in the call center sector in Albania.

If you need any specific information, please let us know in a comment or send us a mail.