Cooked simply with basic ingredients, a warm dish left the hungry traveler feeling full and content.
Once, they were travelers passing by, or familiars of political prisoners at the notorious Castle Prison. Now they’re tourists eager to explore and experience. Gjirokastra satisfies the visitors’ expectations through a mixture of history (good and dark), cultural heritage, and food culture. Cuisine in Gjirokastra is unpretentious yet mouth-watering. It leaves enough room for other wonders in the city.

Those who barely know Gjirokastra’s gastronomy think about qifqi. They’re not to be blamed. This dish gained quite a reputation because of those who don’t know much about this city’s cuisine. Traditionally the qifqi were made for new moms after childbirth to help boost breast milk supply or to stimulate the appetite and improve a sick’s person mood. It was not a budget dish to prepare, as it required a little out of many ingredients. This dish was more of a special treat for a loved one. Now, the qifqi is among the usual suspects of every restaurant menu in the city.

Nobody cooks impeccable flour-based foods, meat specialties, and simple yet artfully arranged vegetables and edible flowers like the Gjirokastra people. Not to forget the funny names they use for their unique dishes. To mention a few, mumulige, qollopit, bobollak, laropita, hordhi, shapkat, qahi, papare, shqeto, skordhan, bobollaqe, karkanaqe, etc.
The most important thing about Gjirokastra gastronomic experience: It’s already at the most elevated level. Hence, any fusion cuisine attempt would translate into a perfectly ruined dish. Flat qifqi and matcha are not qifqi while trahana and mumuliga as traditional food of the poorest must remain simple.

When meeting local people prepare yourself to hear this: My Aneja (Aneja ime) makes the best food in the city. Ane is not a name. It is an old woman, grandmother, or great-grandmother of great authority in the house. An Ane was skilled in all matters of the household. Not only relatives, but neighbors would ask an Ane for advice or to make a special Baklava for a wedding. She knew how to make all sorts of food, clothes from scratch, budgeting, and had the final word on many issues. So think about Aneja as a mystical and insatiable character that knew everything and could find a solution to every problem. Aneja was like a living treasure of now lost knowledge.

Traditional cuisine had a long list of fake dishes invented due to poverty, or ingredient scarcity in various periods. Fake foods are mostly dishes that normally would include meat. Despite being fake, they are packed in delicious ingredients and herbs. The list includes fake meatballs, fake shqeto, fake tarator, fake soups, etc.

“She who lends a qifqi pan is a fool. She who returns the qifqi pan is more of a fool.”
Every house in Gjirokastra and the nearby area used to have a six/seven/ten-hole qifqi pan. Local artisan masters continue the production of hand-made copper pans that are sold all over the country and abroad as well. 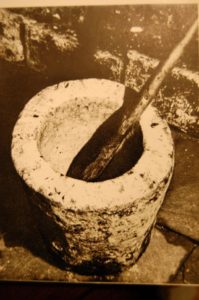 The stone pounder was one of the most important tools in the traditional Gjirokastra household. It would be the first step in the coffee-making process. The pounder was used to deshell coffee, rice, and wheat. Nowadays the stone pounders are used as yard ornaments or even as flower pots. However, there are small shops that offer the stone coffee experience.

A coffee box is a manual tool used to roast coffee beans, chickpeas, or to make popcorn on firewood. It is a cylinder-shaped box with a long handle like an umbrella shaft that goes through the box. It also has a pointed tip and a sliding closure. Qebap is another name used for the coffee box.
Raw coffee is poured into the box that gets heated on fire. The box is rotated to allow equal roasting and to prevent the coffee beans or popcorn from burning. 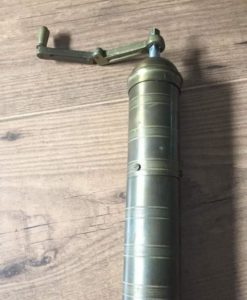 The traditional brass coffee mill was the next step in the long coffee-making process. Every person in the house from children to the elderly had the obligation to grind at least one mill filling of roasted coffee beans. The coffee grinder is now used as an ornament in traditional houses, restaurants, and coffee shops.

The baking pan and the rolling pin (Sini and petes/teholles)

The baking pan and the rolling pin are the two most used items in the Gjirokastra cuisine.
Baking pans differ in size and material depending on their purpose. The most famous is the baking pan used for baklava, which in Gjirokastra is made with 80 or 100 filo pastry sheets.

When describing Sunday’s wailing tradition in Gjirokastra (1970), Ottoman Turkish writer Evliya Chelebi would also include food details: “When they finish their lamentations, they have the homeowners prepare various pastries, including pişi, jamuk, and qumështuar, and also saffron-flavored sweets to be distributed in town from house to house.”

Guests
The guest was always served something extra on their plate. They would get meat for two, or the biggest slice of sweets.

Bukevale when a baby is born

Bukevale is a type of bread with syrup and butter. According to old traditions, Bukevale was served when a baby was born and 40 days after birth. Besides the sweet recipe, there is also a salty version with cheese and herbs.

This dance is part of wedding traditions. A man would dance over a baking pan while holding a tray filled with grappa glasses on his head. Now, this skillful dance is at risk of dying out.

Traditional cuisine in Gjirokastra follows a seasonal calendar. Hence, it guarantees that food is fresh, nutritious, and sustainable.

Food in springtime consisted of milk, cheese, eggs, papare, and trahana for breakfast.
Lunch and dinner included salads, meat and vegetable dishes, pies, fruit, and dessert course.
Sarma or japrak, internationally known as dolma or stuffed grape leaves is a typical spring dish.
Other common spring dishes are shapkat, qollopit, and laropita. Sarma can be also made with zucchini flowers.
Meat courses consist of roasted lamb, roasted intestines, soups, grilled offal, and rice and offal, all seasoned with aromatic herbs.
The most popular spring spoon sweets are cherry and apricots.

The summer cuisine includes a wide array of plates with and without meat, also known as fake dishes. However, vegetables are in abundance and make the main choices for summer recipes. Bean sprouts, okra, eggplants, peppers, onions, tomatoes, and herbs are the key ingredients used in dishes, soups, and casseroles. Stuffed peppers and eggplants are common recipes. Meanwhile, pies are made with wild herbs.
The best tomatoes come from Dhoksati, bean sprouts and okra from Libohova, potatoes and onions from Labova, and squash from Lunxheria. However, People in Gjirokastra grow butternut squash in their window pots along with aromatic herbs.
Typical summer spoon sweets are green walnuts, watermelon, figs, and plums.

Typical winter foodies known as zahire were prepared over the summer and autumn seasons. The lists include trahana, peta, osa, cured meat, pickles, etc. Meanwhile, the main food recipes consist of cabbage, leek, beans, rice, pasta, potatoes, cheese, cottage cheese, etc. Pickles are common food during the cold winter months. The best pickles in Gjirokastra are eggplants, tomatoes, peppers, and cabbage. Spreads are widely used in winter especially fig, quince, and rose petal spreads. One of the best spoon sweets made in winter is the bitter orange and the orange peel spoon sweet.

Kokodashe, a mixture of toasted bread with cheese and olive oil shaped in a fist-like ball
Petulla, sweet or savory Gjirokastra style pancakes
Mumuliga, a polenta-style dish made with boiled cornmeal, oil, butter, and grated cheese.
Papare has the same ingredients as the kokodash, but they are fried in butter.
Trahana, Albanian breakfast pottage made with bread, butter or olive oil, cheese, and maybe a touch of paprika
Pace, the head pace is a stew made with the head of a calf, or tripe pace, vinegar, garlic, carrots, flour, and herbs

Qumeshtor, a custard made with eggs, milk, butter, sugar, and flour
Rooster pie or Lakrori me kokosh, a pie made with roster, onions, and about 50 pastry sheets.
Qahi, a typical pie usually made with spinach or wild greens
Squash pie
Aubergine pie
Qollopit, a two-layered bread type savory with white cheese
Shapkat, cornmeal with spinach, wild greens, or leek
Soda bread or kulac
River fish casserole, a casserole made with fish from Drino River

Herbs for the best zest and aroma (moskovoli) 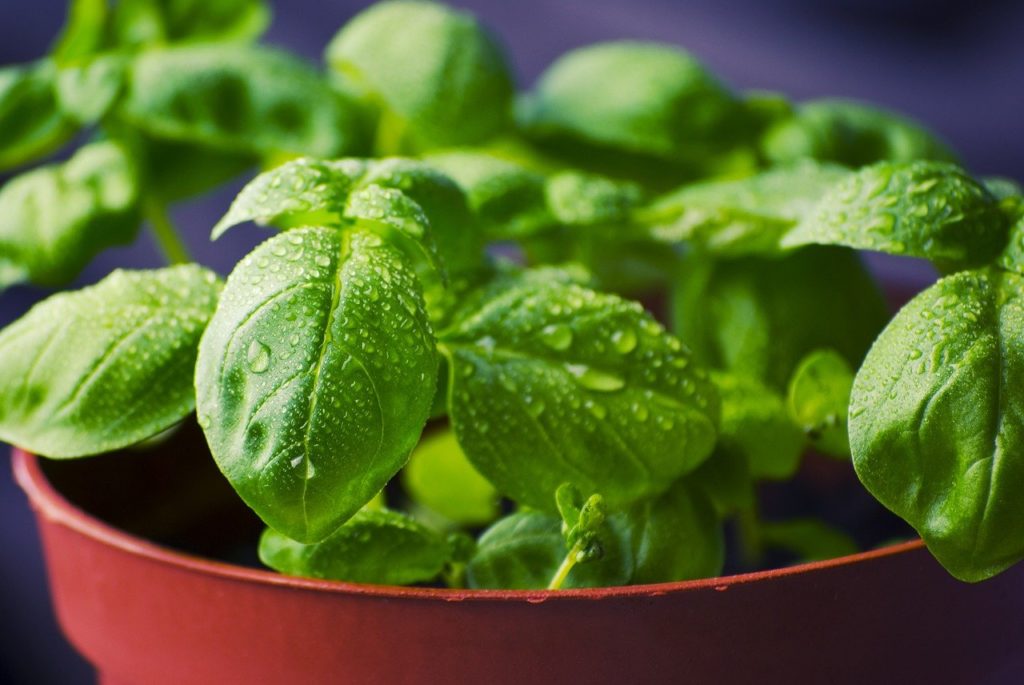