‘Mandarin is the future’ was the motto of Konispoli farmers, who created the largest mandarin plantation in Albania over the last decade. Known for a borne sense for business, hard-working culture, and dedication to high-quality products, it’s no wonder that the Cham farmers are so successful.

International trade data show that their efforts are becoming fruitful. Even though they faced challenges in the domestic market because of competition from cheaper imported mandarin, exports to the regional market and beyond increased. Hence, mandarins ranked second in the category of fresh ‘Made in Albania’ fruits and vegetables in December 2020.

Based on the data provided by Vlora Export Center for the Albanian Telegraphic Agency, 7,200 tons of mandarins were exported to five countries during December 2020. The figure shows a 12 percent growth compared to 2019. Countries of the region, Kosovo, North Macedonia account for the largest export markets while Serbia, Ukraine, and the Czech Republic are increasing their demand for Albanian mandarins. The median daily mandarin export reached its peak by mid-December with 450 tons per day.

Thanks to the location and Mediterranean climate, Albania has a long tradition in citrus fruit production. However, the old plantation of oranges and lemons on the Ionian coasts was not spared by the transition process during the 1990s.
Hence in 2005, Albania had about 100 hectares of mandarin plantations. About 5,000 tons of mandarins were produced annually by 2010, but none went for exports. By 2019 Albania had 900 hectares of mandarin plantations while annual production was over 30,000 tons. Meanwhile, overall citrus production reached over 50,800 tons.

Fruitnet.com reports that although Albania is one of Europe’s smallest countries in terms of area and population, it punches above its weight in terms of agricultural production thanks to the favorable Mediterranean climate. It highlights that mandarin cultivation is concentrated among well-organized farms and cooperatives using modern cultivation methods.

Being one of the most profitable activities for farmers in the Konispoli area as well as well organized, the mandarin sector could attract more citrus buyers from international markets. Data from 2017 show that over 970 farmers are involved in the tangerine and citrus farming business. In the meantime, the total area dedicated to tangerine growing was estimated at around 860 hectares. 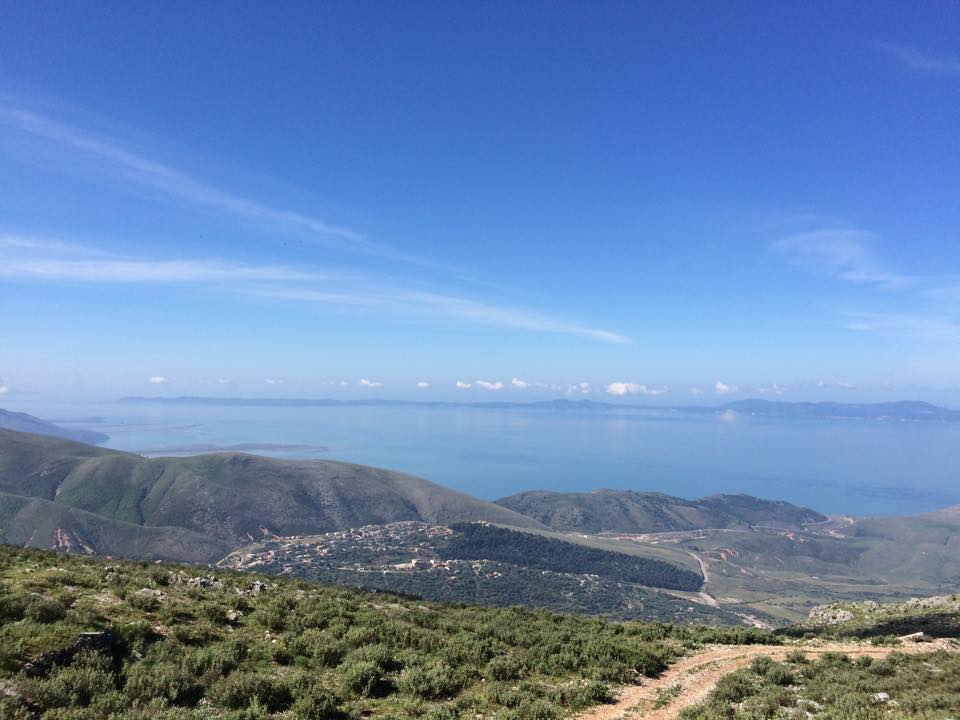 Even though Konispoli is located only one km away from Qafe Bota cross-border point, mandarins were the tourism booster for the area. For those who have never visited, Konispoli has quite impressive scenery. It can be the only place in Albania (besides Upper Qeparo) that offers that typical feeling of the arid Mediterranean landscape. Old stone villas nestle into olive groves, prickly pears, and almond trees hold onto the traditional Mediterranean allure. It won’t be surprising if the town becomes the next regional market for private coastal villas. Almost each of those houses gives the best view characterized by the scenery of olive groves and mandarin plantations, the perfectly cone-shaped Ajtoi Hill, and Corfu Strait and island on the far horizon.

Hike to the sea

Konispoli includes over ten km of undeveloped coastline in the Ionian Sea. However, the small bays offer optimal conditions for aquaculture and fish farming. The islands of Togo and Stilo and small beaches can be accessed by boat. Hiking to Stilo Cape is an alternative for walking enthusiasts. The route to the cape takes to the southernmost part of Albania. At the same time, it is one of the most off-beaten areas in the country. You can start the trail at the mandarin plantations in Xarra. The only difficulty is that you will have to cross the Pavlo River. Locals have built small bridges over the river as the tangerine plantations expand over the other side of the Pavlo. Those are safer options compared to using the improvised river raft. The difficulty level is moderate. From the riverbank, the trail follows a donkey trail up to Korafi hills. The hills overlook the Corfu strait and the Old town of Corfu and Vido Island are visible on the other side. Better go accompanied as there are no people in the hills’ area.

Another interesting site to explore is ‘Cuka e Ajtojt’. It is home to the ruins of an ancient citadel and castle.

“This is one of the oldest inhabited caves in Europe, over 20,000 years old. Archaeological site that…

Located on the western part of Konispol over one km from Kroi i Agait, Kreshmoi Cave is one of the oldest caves in Albania. According to experts objects found in the cave date back to around 27,000 years. The cave faces the Ionian Sea and Corfu Strait, and for many years it was a pilgrimage site visited by Christian believers. Despite its importance, the cave has not obtained official status.

Marena is a two-level hermitage located almost at the top of Mile Mountain on the Bogazi Gorge side. The cave was explored by Italian Prehistorian Luigi Cardini during his archeological mission in Albania in 1930-1939. He was the first to identify a tomb on the first level of the cave. St. Marena cave is a monument o culture of the first category.

Konispoli cuisine is Cham cuisine. Typical dishes fall under the categories of salty and sweet pastries and meat. Dairy ingredients, lamb meat, offal, and intestines, leafy greens, artichokes, oregano, and olive oil are the main ingredients. Here’s a list of the most typical Konispoli food.