Butrinti National Park is one of the few areas in Albania that was spared from uncontrolled constructions along the coast. Yet, it wasn’t spared by the communism bunkerization paranoia. Like any other hill, beach, village, it has its bunker compound tunneled into Sotira hills.

Sotira hills are located on the northwestern part of Butrinti World Heritage Property and the southeastern part of the Ksamil Peninsula with a maximum height of 232 meters above the sea level.
This made it a strategic point over Corfu Strait. According to the inhabitants of the nearby area, the bunkers were built in the early 70s and became functional in 1973.
They were part of the coastal artillery battalion and were equipped with 122 mm guns, waiting for the enemy that never came.

The fame of the UNESCO World Heritage property eclipsed the bunkers, but now you know that in Butrint National Park traces of human activity span from 50,000 BC to 40-50 years ago.

A stroll to Sotira hill would offer a brutal transition from ancient ruins to communism legacy. Not to forget that the hills offer a great view over the tangerine plantations on the Pavllo Valley, Milea Mountain, Ajtoi Hill, up to Konispol and the entire wetland area, which was recognized by the Ramsar Convention in 2002. 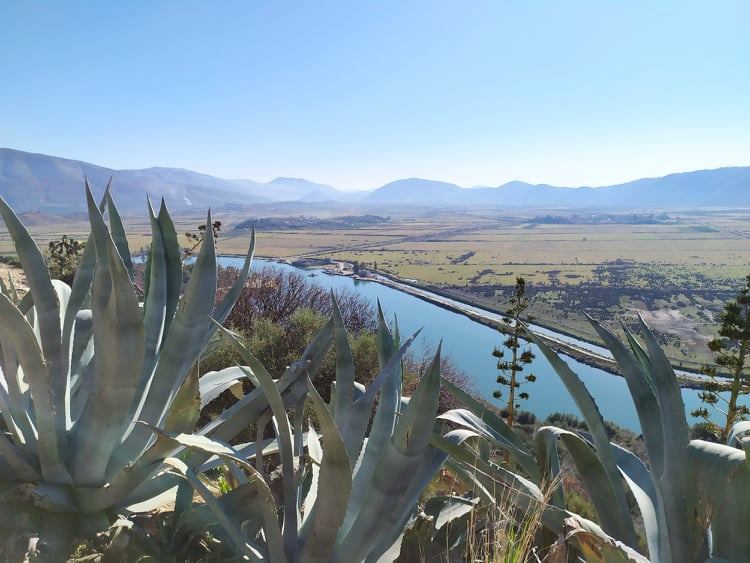 What else to explore in the area?

Vivari Castle built at the delta of Vivari Channel in 1807-1808 is an impressive fortress that aimed at preventing the French Army based in Corfu Island from attacking Butrint.

A barge at the entrance of Butrinti World Heritage property makes it possible to cross on the other side of Vivari and explore the southernmost part of Albania, Konispol Municipality.

Manderina Festival is an opportunity to promote the tourism potential of the Konispoli Municipality.
The municipality includes over ten km of undeveloped coastline in the Ionian Sea. However, the small bays offer optimal conditions for aquaculture and fish farming. The islands of Togo and Stili and small beaches can be accessed by boat. Another interesting site to explore is ‘Cuka e Ajtojt’ an almost perfect cone-shaped hill. It is home to the ruins of an ancient citadel and castle.

Kreshmoi Cave
Located on the western part of Konispol over one km from Kroi i Agait, Kreshmoi Cave is one of the oldest caves in Albania. According to experts objects found in the cave date back to around 27,000 years. The cave faces the Ionian Sea and Corfu Strait, and for many years it was pilgrimage site visited by Christian believers. Despite its importance, the cave has not obtained official status.

St. Marena is a two-level hermitage located almost at the top of Mile Mountain on the Bogazi Gorge side. The cave was explored by Italian Prehistorian Luigi Cardini during his archeological mission in Albania in 1930-1939. He was the first to identify a tomb on the first level of the cave. St. Marena cave is a monument o culture of the first category.

What else to see

Butrint, featured, Konispol, Ksamil
Previous PostMuseum, Castles & Archaeological Parks, What Were the Most Visited in 2019Next PostAlbania on a Bike, from Tirana to Saranda