Albania is among those countries that benefit BPOs the advantages that the industry is looking for. Besides the geographic position, the ease of doing business, and linguistic diversity, Albania offers an education system that feeds the needs of the BPO sector.

Bilingual programs in the primary and secondary schools in Albania operate in Albanian/French, Albanian/German, and Albanian/Italian 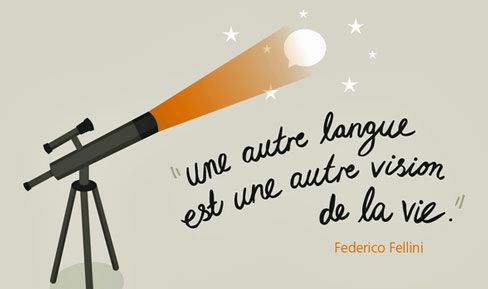 French language teachers and bilingual teachers of this bilingual section regularly benefit from internships in Albania, France, and other countries.

French in primary and secondary education:

French is the second foreign language taught in Albania.

French at the University: 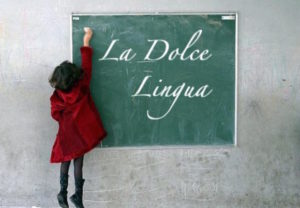 This bilingual program operates in six high-schools Tirana, Shkodra, and Korca.
In the meantime, there’s a total of 40 private kindergartens, centers, and schools in the Italian language located across the country.
Students can pursue bachelor’s and master’s programs in the Italian Language at the universities of Tirana, Shkodra, Gjirokastra, and Elbasan.

Albanian/German Bilingual Education programs are a novelty in the Albanian education system. Sami Frasheri high school in Tirana started the bilingual program in the following subjects: mathematics and geography, physics and chemistry. Germany promotes scientific exchange between both countries. Three universities in Tirana cooperate with German universities in Bamberg, Bonn, Jena, and Potsdam,

Total enrolment quota in foreign language studies in Albanian universities in 2018-2019
English: 808
German: 268
Italian: 358
French: 331
Spanish: 95
Russian: 85
Turkish: 85
Greek: 110
“Language education in Albania is fortunate in being able to depend on a cohort of well-trained and committed teachers, language teacher associations that have developed strong international links, and international partners who contribute generously to the teaching and learning of their languages in Albanian schools,” Council of Europe report on Albania’s Language Education Policy Profile 2015-2017.

Besides capital city Tirana, there are seven other large urban centers that host public universities. In the meantime, 19 private universities operate in Tirana and other cities.

Five out of the seven public universities operating in Tirana offer study programs that are optimal for the needs of the BPO industry. In general, the sector offers the best employment opportunity for students that don’t have much work experience. Yet, the considerable number of students that graduate every year is significant for pushing BPOs to a higher level of employment opportunities.

The University of Tirana

UT has six faculties that provide soft and hard skills for BPO and KPOs.

The Foreign Languages Faculty has study programs for the English, French, German, Italian, Greek, Turkish, Russian, and Spanish languages. A total of over 1,000 new students have enrolled in the foreign languages Bachelor’s programs for the 2018-2019 academic year.

The Faculty of Economy offers study programs for the most sought-after careers in Albania, such as finance, Business Administration, Economics, and Information Economics. The total number of enrolled students for the 2018-2019 academic year was 1,280.

The Law Faculty offers Bachelor’s degrees in Law and Business Administration. The total number of new students enrolled in the ongoing academic year was 775.

The Faculty of Natural Sciences offers ten different study programs including Information Technology (IT), informatics, and mathematics. A total of 1,100 students were enrolled for the 2018-2019 academic year.

The Faculty of Social Sciences offers six different study programs and a total of 600 students were enrolled for the 2018-2019 academic year.

The northwestern city of Shkodra is the cultural and historic center. It is the gateway to the Albanian Alps, one of the most important tourist offers of Albania. Shkodra borders Montenegro and has both road and rail infrastructure connections between both countries. A new waterway connection is expected to begin through Shkodra Lake.

Durresi is one of the largest cities and at the same time the largest seaport in Albania. It is located on the coast of the Adriatic Sea and it is a tourist destination for the Albanian diaspora and tourists from Eastern Europe and the Balkan region. Durresi hosts an expats community from Europe and other continents.

The other public universities are Aleksander Xhuvani University in Elbasan, Eqerem Cabej in Gjirokastra, Fan Noli University in Korca. All these institutions of education offer study programs and quotas that can meet the needs of the BPO sector. The industry has already expanded in these and other large cities such as Fier, Lushnja, and Berat.

Read also: Why Outsourcing to Albania?