Albania’s history now has a place in the starry sky. At a distance of 407.7 light-years, the ‘Arber’ exoplanet now orbits the yellow giant ‘Illyrian’ in the constellation of Leo Minor.
On the occasion of its hundredth anniversary, the International Astronomical Union (IAU) has revealed at Paris Observatory the names of Star HD 82886 and its exoplanet on Tuesday.
A total of 112 sets of exoplanets and host stars were given to 112 countries that joined the international ‘NameExoWorlds’ campaign.
“The project saw massive and widespread participation around the world, as the public eagerly engaged in this exciting opportunity to suggest meaningful, creative and unique names for exoplanet systems for their respective countries,” IAU announced on its official statement. 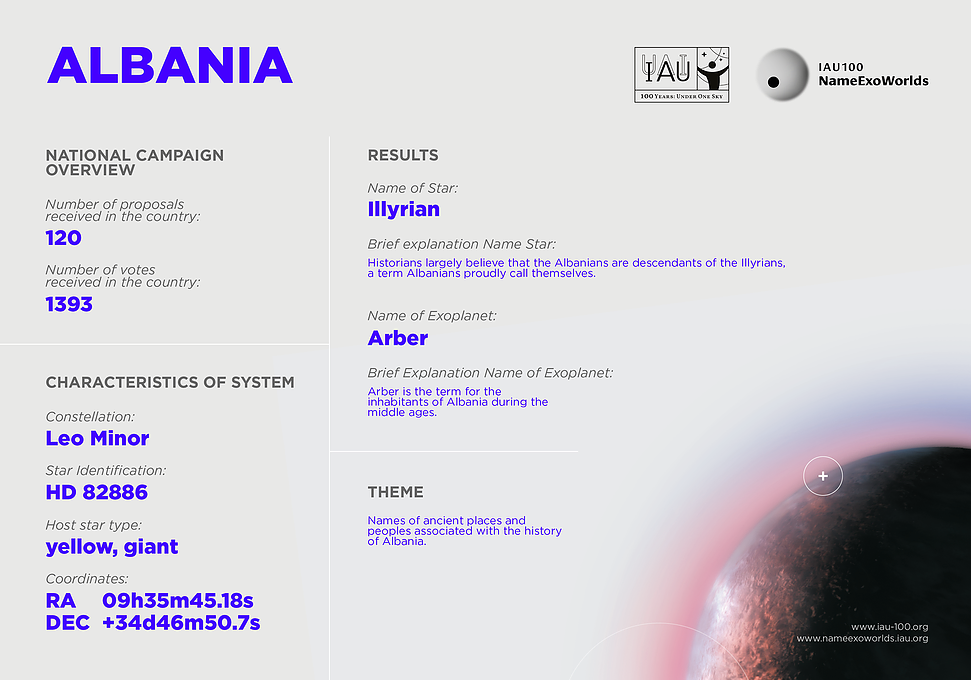 UNESCO to Pilot Media and Information Literacy in Albanian Schools

From Medicinal Plants to Essential Oils, Albania’s Top 5 Exports to the U.S.

TIRANA, July 29 Medicinal and aromatic plants (MAP) are the top product that Albania exports to the United States while...