Taking night shots of the star is a favorite type of photography among many professional and amateurs, but they also raise awareness on the importance of preserving our dark night skies.

A fast search on Facebook showed many results from Albanian and international photographer that took long exposure shots on some popular destinations from the Accursed Mountains in the north to the Ionian coast in southern Albania.  There are many places across the country where the sky is dark, but if you’re looking for organized stargazing tours in the beautiful Shebenik-Jabllanica National Park contact Astrotourism Albania. 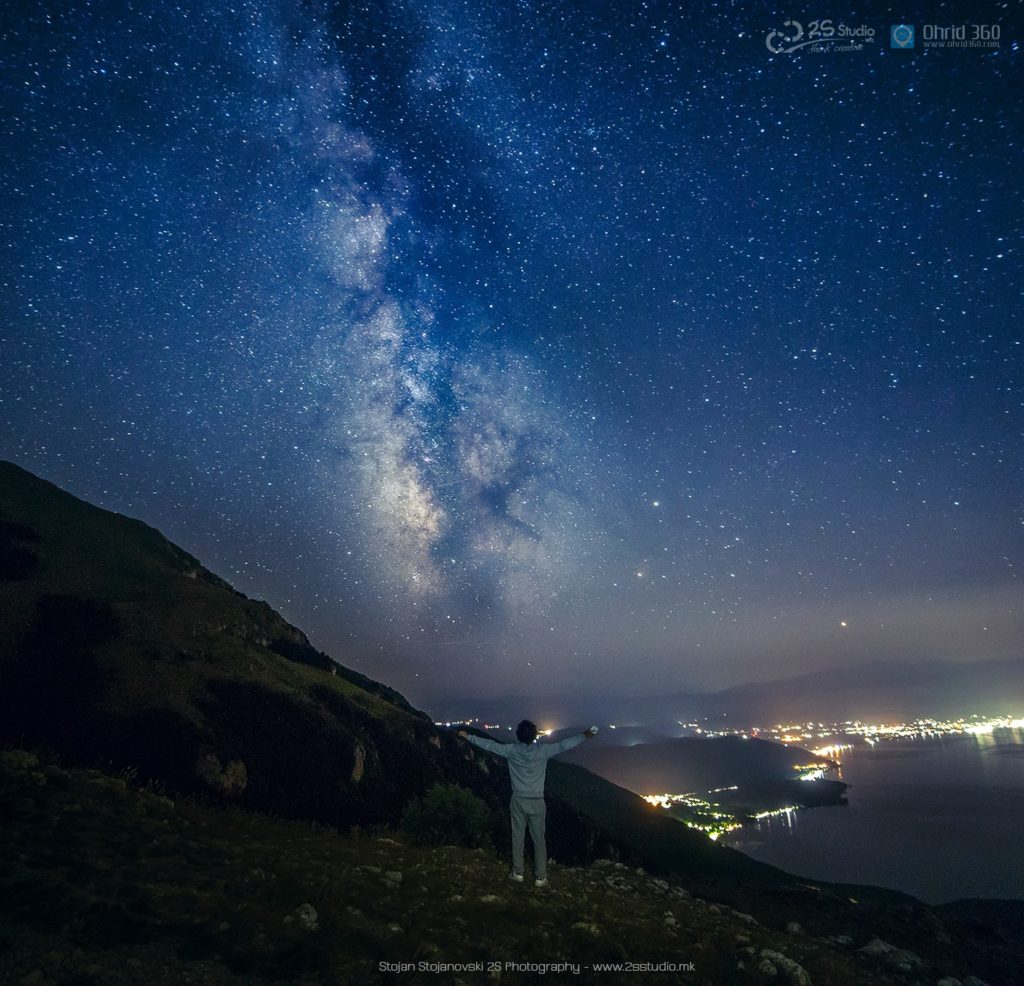 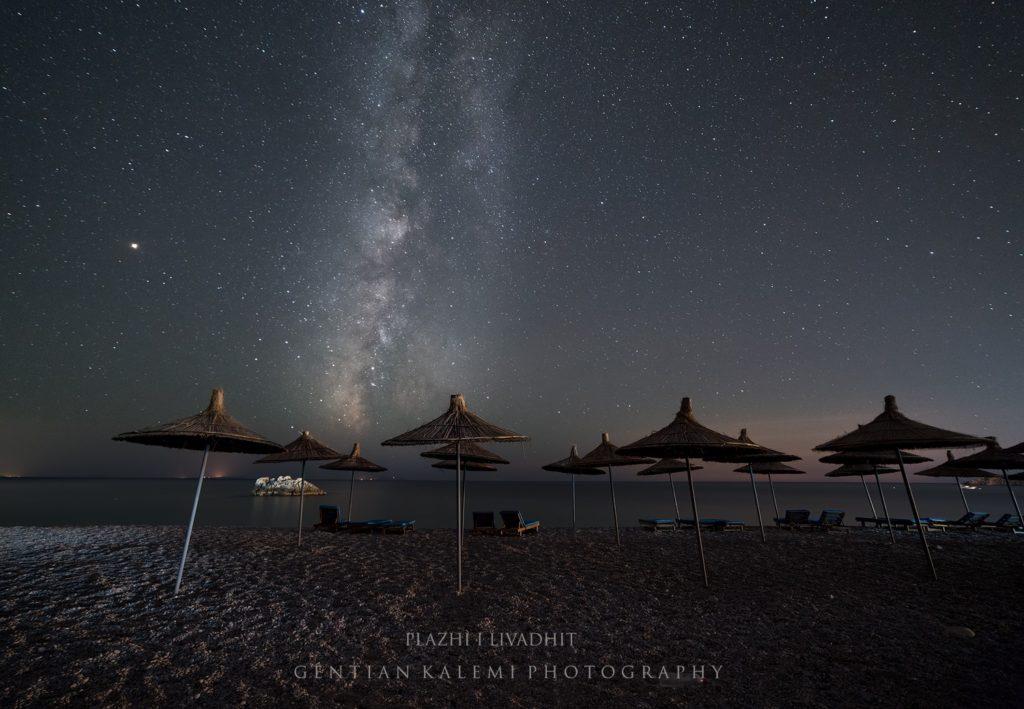 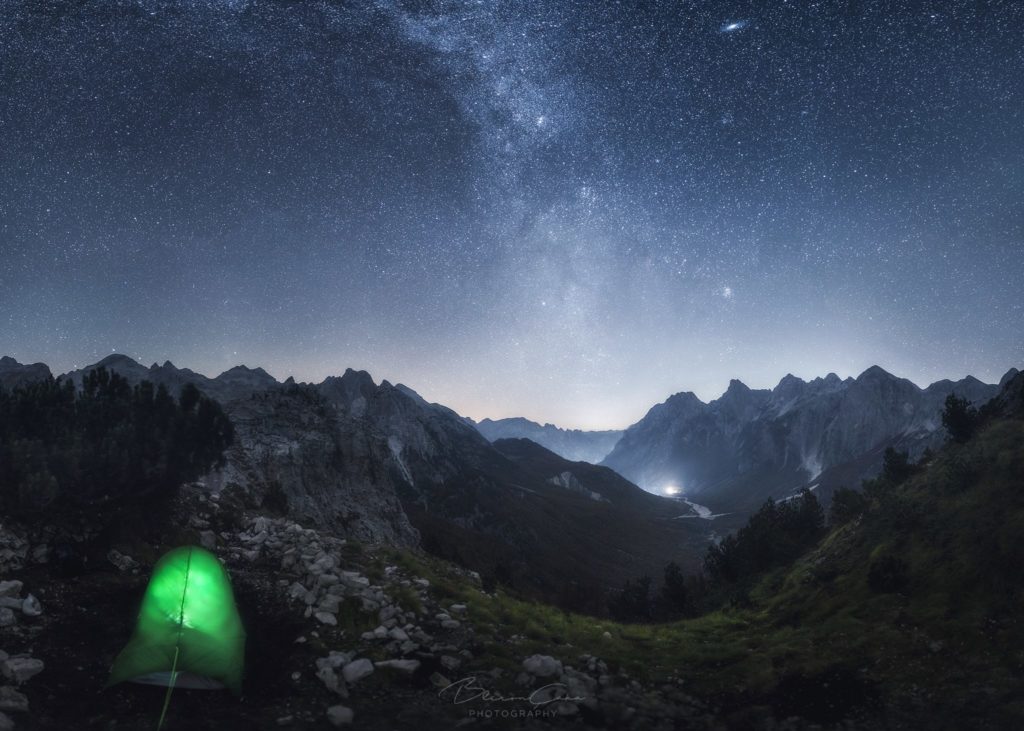 Story:
After starting my journey to reach the Theth National Park in Albania via the hiking route that starts from Valbona Valley, I decided to spend the night camping in the middle of the hiking route that reaches the height of 1850m above sea level. This place is known as Valbona Pass. The wind was very strong that night, but I stood outside the tent to capture the milky way and the place around because this view during the night was never photographed before. 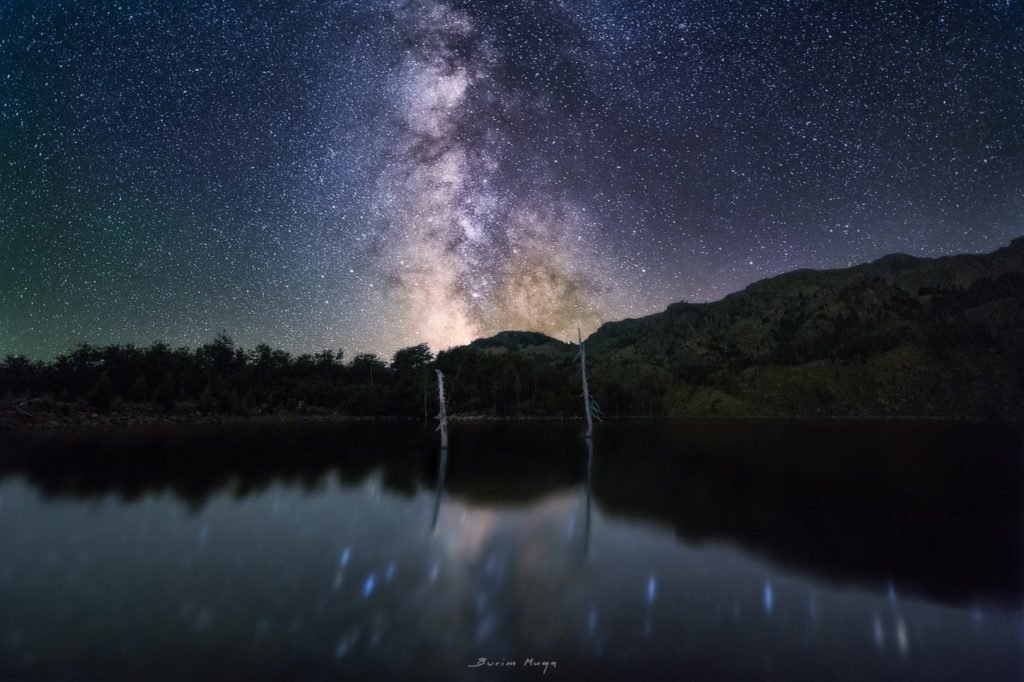 It was a 7-hour-long ride through unpaved roads and it was very dark when I was there, so I decided to shoot with a high ISO and stack the images later, this is the result of 10 images with the same composition and settings: 14mm, 25sec, f / 2.8, ISO12800

In the morning, a tire was flat on my car, we could not find the tools and the next car mechanic was 4 hours drive away. Fortunately, a French family came over after a couple of hours and helped us to change the tire.
The trip has been worth it, we had a wonderful view of the stars, a breathtaking landscape around the 7 Lakes of Lura and a lot of fun 🙂

The beauty of the night, August 2016, Lure National Park(Albania) 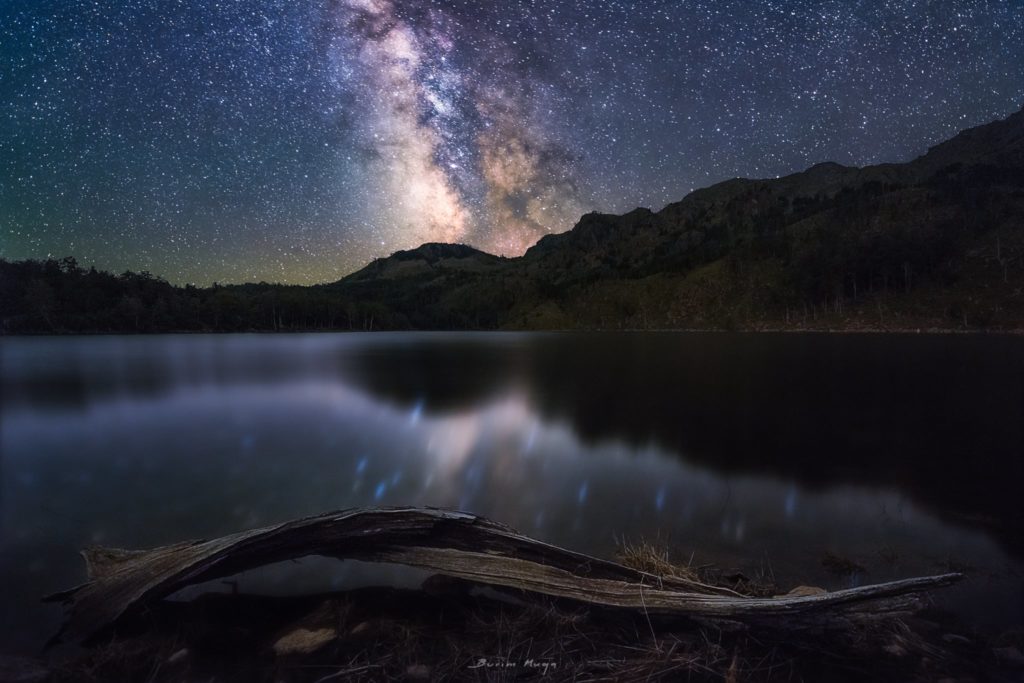 It was very dark when we came to the great Lake at the Lura lakes. We couldn’t find a place for camping and doesn’t have enough light to set up our tent, so we sleep in the car. Next villages and cities were very far and the star view was amazing, some of us didn’t have seen more stars never before. I couldn’t photograph the foreground without to much noise or artificial light and I don’t like the artificial lighting so I decided to take multiple images with high ISO and stack them on the computer to avoid the noise. 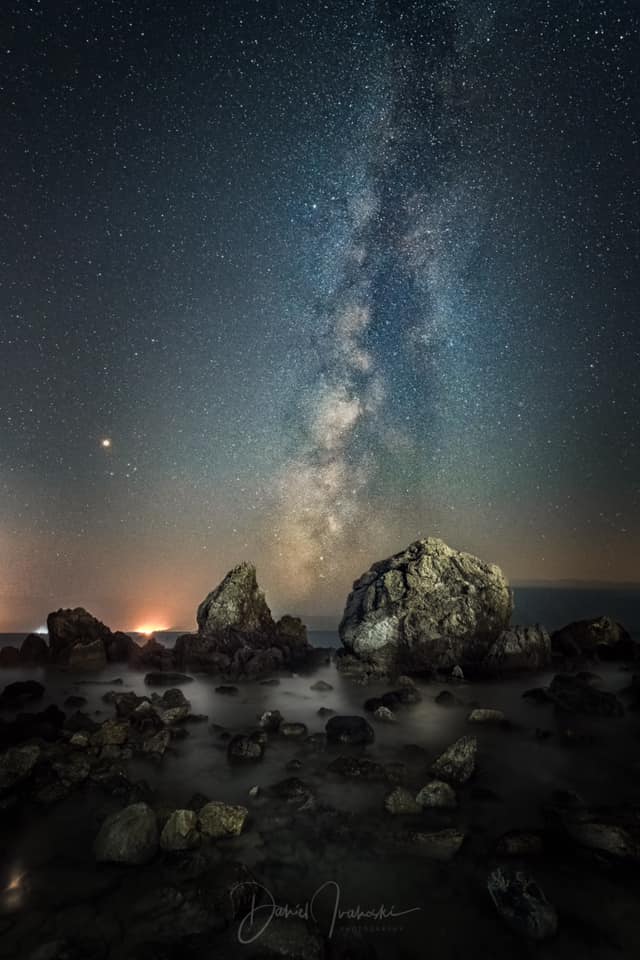 STORY
I took this photo while I was on holiday near Valona, Albania. While I was walking along the coast I noticed this rocky beach. It was an amazing foreground for a night photo. When I returned at midnight to take the photo the rocks were even more beautiful and more noticeable because of the tide of the sea and I could get closer to the bigger rocks. Exactly between them milky way was rising towards the sky and planet Mars was opposite.

TIRANA, July 9 Albanian authorities have extended the deadline for the revaluation of properties for taxation purposes to December 31st....

TIRANA, July 8 COVID-19 cases and fatalities continue to rise in Albania, while health care authorities describe the situation at...

TIRANA, July 7 For all those concerned about online privacy, the General Directorate of Standardization published the new ISO/IEC 29184...