TIRANA, February 25
Invest in Albania has always promoted the country’s pristine night skies and the need to go through the process of at least on Dark Sky Reserve in Albania, as most of the world is affected by light pollution. A fog of light prevents citizens from nearby Italy to observe the beauty of the galaxy
According to The New World Atlas of Artificial Night Sky Brightness, light pollution causes global ecological consequences, poses public health issues and wastes energy and money. Light pollution needs to be addressed immediately because, even though it can be instantly mitigated (by turning off lights), its consequences cannot (for example, loss of biodiversity and culture).
Albania still has a wild sky like it has a wild river that are the envy of other countries that couldn’t protect theirs.  Nowadays tourists go for sustainability, real and authentic experiences that making better places for people to live in and better places for people to visit.

Now visitors point out the beauty of star-filled sky when they see one.

The following article by Vicky Derksen was published on Monday by nightskytourist.com. See below for the original article.
In June 1992, I stepped off a plane and made my way up the palm tree-lined walkway into Tirana International Airport in Albania. I was 18-years-old.

I spent two months in Albania that summer. Although my home base was in Tirana, each week I traveled to a different city. Since the country is only slightly larger than the state of Massachusetts, I was able to visit most of it twice.
After spending several days in Puka in the northern part of the country, we convinced our guide to let us spend the night outside on a hillside one night before returning to Tirana. He was afraid we would be harmed by gypsies, but there were so many of us that we convinced him we’d be okay.
I rolled out my thin, summer sleeping bag on the rocky hillside and did my best to get comfortable for the night. As my eyes adjusted to the darkness, I was stunned by the number of stars I could see. Although I grew up in northern Idaho with fairly dark skies, I had never seen anything like this! I saw a shooting star. Then another, and another. That night’s meteor shower treated us with about 50 meteors per hour, and I could not go to sleep! That night seared itself into my mind.
I met a man in Tirana one day who said to me, “I want to go to America, the most beautiful country in the world.”
I said, “Albania is also a beautiful country!”
He said, “No, it is an ugly, ugly country.”
Although the Albanians were struggling to maintain their basic necessities when I was there in 1992, I was struck by the astonishing beauty of their country. Soaring mountain peaks, crystal clear rivers, beautiful turquoise lakes, refreshing beaches along the Adriatic Sea, and super dark, star-studded night skies. 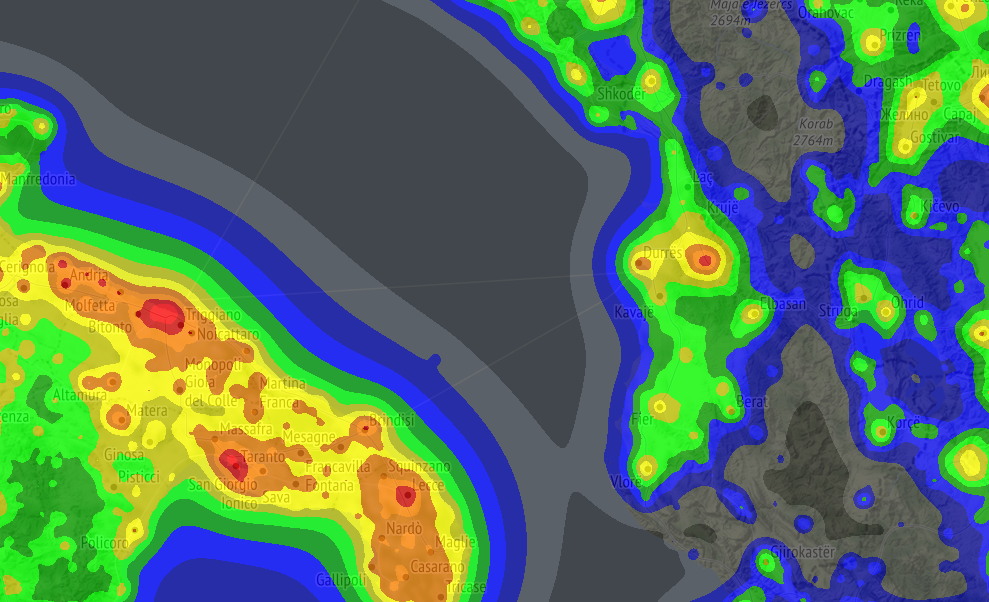 Today, Tirana shows its great transformation into a modern European city. It’s beaches and outdoor adventure are the best-kept travel secret on the continent. Its journey from Communism to today has not been easy, but there is much hope for Albania’s bright future.
One Albanian has a passionate vision to make his country an astrotourism destination. Albert Kaleci is the CEO of AstroTourism Albania, an organization that specializes in activity and adventure holidays. They are the first agency in Albania to offer travel based on science and astronomy.
“Astrotourism Albania is a unique agency in the Balkans because our astronomical tours are an innovative product here,” says Kaleci.
Kaleci helped found the organization in December 2018.
“I am a Math and Physics teacher who has a passion for astrophysics. The place where I live has a spectacular view of the sky. Patience, desire, and a bit of madness has been needed to develop this project.”
Kaleci is clear about the goals of Astrotourism Albania. “We want to help people move away from their daily urban routine and enjoy a new experience. Our goal is to bring recognition to rural areas where astrotourism can be developed. It is important for us to offer sustainable and responsible tourism in our destinations.
“We also work to bring public awareness and commitment to light pollution and dark skies by taking measures to identify and protect areas with dark skies.”
Albania does not have any Dark Sky Places designated by the International Dark-Sky Association. Yet.
“We have contacted the International Dark-Sky Association,” says Kaleci, “about the procedures we need to follow to declare Shebenik-Jablanica National Park as a ‘Dark Sky Park’ and we are being given guidance.”
But dark sky advocates in Albania face challenges that will require persistent effort.
“Support from state institutions and donors is little,” Kaleci admits. “We lack specialists and equipment to tackle this project.”
Although Albania lacks official designation for any Dark Sky Places, it is not lacking in dark sky destinations. Astrotourists looking for a unique dark sky adventure in Europe should put Albania at the top of their list.
Tourists can visit pristine beaches, castles, ancient ruins, and hiking trails by day and view a star-studded sky by night.

Located 87 km east of Tirana along the border of North Macedonia, this national park remains relatively unknown. Its obscurity is due to the park being strictly forbidden during the years of Communism. However, this has been a benefit to the park. It’s expansive 84,000 acres are covered by untouched forests, meadows, and blooming flowers.
Fortunately, this beautiful park is now open to all and offers remarkably pristine night skies. Tourism experts have created paths to make this expansive area easy to explore.