The Trans Adriatic Pipeline (TAP) started on November the work on a complex part of its route. Modern technology was used for the first time in Albania for a crossing segment of over 1.1 kilometers in Fier  area where River Seman, the railway line and road are located. Thus, the team decided to avoid trenching and limit excavation works in order to not disrupt the river ecosystem. They used horizontal directional drilling (HDD) technology instead.
According to the press release issued by TAP, works for the insertion of the pipeline under the Seman river bed take place a few hundred metres from each end of the trenchless crossing. 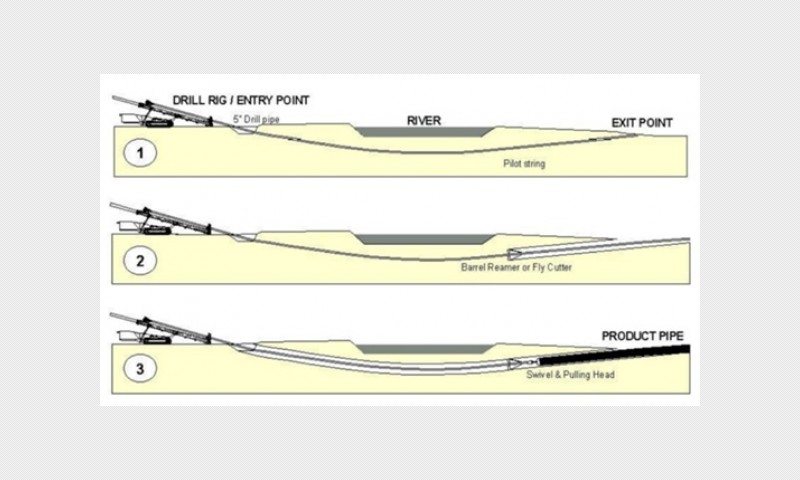 “The HDD process uses a drilling rig in a progressive sequence, reaching a depth of nearly 26 metres under the river bed. Eventually, the pipe is pulled through the completed borehole (a more detailed description of HDD steps is available above),” it was said in the press release.
Oh his par the project manager for Albania, Karl Roberts said that the pipeline crosses 555 roads, 514 rivers and one railway in Albania alone and the team pays special engineering attention to each crossing.
“After careful consideration, we have decided to use horizontal directional drilling under two crossings of the Seman River as this modern technology avoids impact on the physical river as well as on the environment. TAP will continue to apply the highest industry standards and best practice, working safely and with care for the environment, cultural heritage and the communities along the pipeline route,” Roberts said.

No Water Supply in Urban Tirana during the Weekend

TIRANA, June 5 Capital city Tirana will face a shortage of water supply over the weekend, the Water Supply and...

Validity of Passports Expired in 2020 Extended to New Date

TIRANA, June 4 All holders of Albanian passports that expired or will expire during 2020 are eligible to use their...

Albania Counted over 3,000 Information and Communication Enterprises in 2019

TIRANA, June 3 The number of companies providing information and communication services in 2019 in Albania was 3,089 the Institute...