This year the museum city of Gjirokastra is celebrating the 15th anniversary of its inscription on the UNESCO World Heritage List. With its inscription on the UNESCO World Heritage List during the 29th session of the World Heritage Committee, the old town of Gjirokastra and its historic center joined the list of cultural sites of a universal value that makes them a legacy of all humans.
This important jubilee will be celebrated for five days, starting with a scientific conference at Zekati house and an agricultural fair at Cercizi Square on Tuesday. In parallel with the fair, an exhibition will take place on Wednesday at Kadare’s House. Festivities will include music events, documentary film movie screenings, open-air cinema, a motorcycles parade, and polyphonic music evenings. 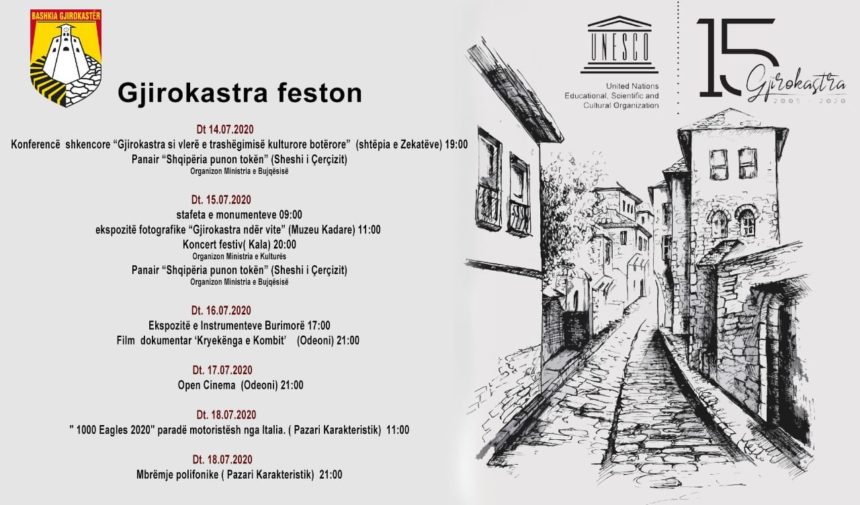 Gjirokastra was inscribed on the World Heritage List based on the cultural criteria three and four:
Criterion (iii): The old city of Gjirokastra is an exceptional testimony to a long-lasting, and almost disappeared society and lifestyle, influenced by the culture and tradition of Islam in the Ottoman period.

Criterion (iv): The historic town of Gjirokastra is a rare example of a well-preserved Ottoman town, built by farmers of large estates, around the 13thcentury citadel. The architecture is characterized by the construction of a type of tower house (Turkish ‘kule’), of which Gjirokastra represents a series of outstanding examples.

Blockchain Regulations to Pave the Way for DLT Licensing

BoA to End Confusion Over New and Old Lek

TIRANA, November 17 ‘Just Lek. Neither old Nor New’ is a financial education campaign that hopes to permanently end the...