As the global population is expected to hit 9 billion by 2050, the food sector must provide nutrition, increase production, and reduce waste. On the other hand, climate change will impact the traditional ways of running economic activates. Sustainable strategies are needed especially in the fisheries and aquaculture economies, which will be a main source of food for the growing population needs.

Kuksi region is rich in hydro resources with Fierza Lake as the center of its waterways and with a high potential for the development of sustainable tourism and fishing economies. Despite its abundant natural resources, Kuksi region is one of the poorest in Albania.

Kuksi Lake also known as Fierza Lake was created in 1978 following the construction of a 167 meters high dam in Fierza Hydro Power Plant (HPP). In 2014 the natural ecosystem of Fierza Lake was proclaimed Natural Regional Park by the Council of Kukes County. Kuksi waterscape network consists of the Black Drin, the White Drin, Luma River, and Tershenici stream.
The surface area of the lake is 72 square km. Over 50 square km (70percent of the lake) are suitable for fish-related economic activities.

Currently, the number of fish species on Fierza Lakes varies between 13 and 15.
One of the key moments in the lake habitat was the introduction of new fish species, more specifically the Sander Lucioperca (luçiperka in Albanian), carp, and the silver carp. The creation of the dam caused the disappearance of native fish species living in flowing waterways such as the river trout and eels. The creation of the lake made possible the cultivation of small freshwater mollusks. The largest fish caught in Fierza was 64 kg. 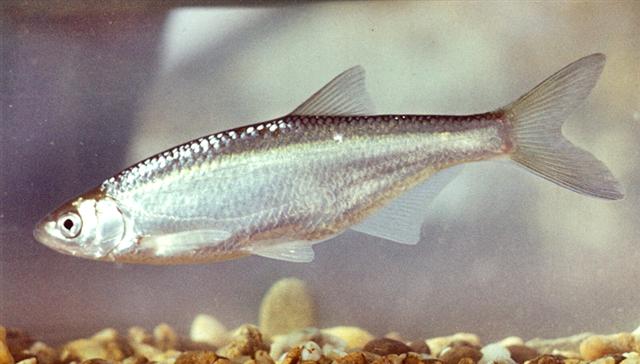 Alburnus scoranza (gjuhca in Albanian) is a native fish of the ray-finned fish found only in the basins of Lake Ohrid and Shkodra Lake and Drin River. The scales of this fish are used in Ohrid for the manufacturing of pearls. The creation of Fierza Lake resulted in an overpopulation of gjuhca fish. Giving the small investment required fishing-related economies grew in Kuksi Lake. Their activity consisted of salting and preserving gjuhca fish that was also exported to Germany.
Before the fall of the communist regime, a center for fish seedlings farming was built in the suburbs of Kuksi. At the time, over ten million fish seedlings were thrown in the lake. Afterward, the number of fish seeds thrown was reduced to three million. Consequently, the fish population declined.
The fishing industry can be one of the main sources of income for Kuksi region. Annual fish production reached up to 5,000 tons, but the lack of new fish seedlings, destructive fishing practices, and pollution decreased significantly the fish population.

This invasive but delicious fish was first noticed in Fierza Lake in 1985. At the time the fish arrived from Kosovo territory through the White Drin River. Hence the locals used to call it the Yugoslavian fish. In a short period, the fish reached Komani Lake and after the floods of 2010, the fish made it to Vau i Dejes. A few exemplars of Sander Lucioperca were caught in the lower flow of Drini River. According to the Food and Agriculture Organization of the United Nations (FAO), this species has depleted stocks of native fish in some areas where it has been introduced for angling.

Challenges to the fishing industry in Kuksi

Pollution remains the major problem in Fierza Lake. Urban waste and wastewater the reach the lake through the Black and White Drin Rivers have a major impact on the water quality, the lake habitat, and coastal activities.

Illegal fishing activity in Fierza Lake caused serious damage to the fish species. Fishermen have used devastating techniques such as dynamite fishing and electrofishing. Such practices are common in water bodies and the coastal area all over Albania.

Young population
At a national level, Kuksi has the youngest population and an active workforce. 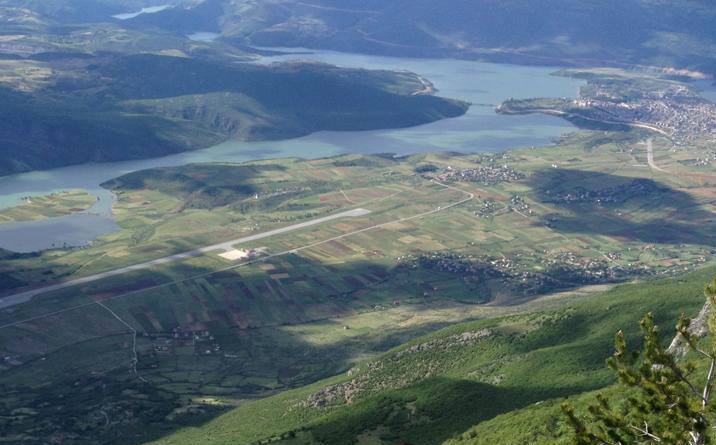 Kuksi is on the way of Durres-Morine highway (Rruga e Kombit) one of the most important roads that connect Albania and Kosovo.
The driving distance between Kukes and Durres is 1.5 hours. The driving distance to Peshkopi in Dibra region is estimated between 1.5 and 2 hours.
Has is located a 40 minutes’ drive away while Shistaveci can be reached in 30 minutes.
Five cross-border points between Albanian and Kosovo are found in Kuksi area, Morina, Shishtavec, Orgjose, Borje, and Qafe Prush.

Air infrastructure
Kuksi is home to the second-largest airport in Albania. Even though not operational, the airport is expected to become functional in the-near-future. It would boost tourism and investment opportunities for the entire region.

Types of Fish in Albania