Tirana’s cultural heritage is centuries old. Archeological findings in the Tirana area date back to prehistory, Pellumbas cave. Meanwhile, other mosaics and ancient walls provide important insights into the development of the area during the Roman era and the Middle Ages.
Visitors in Tirana County can find 183 monuments of culture situated in Tirana and Kavaja districts. Most of them make great biking or hiking destinations. 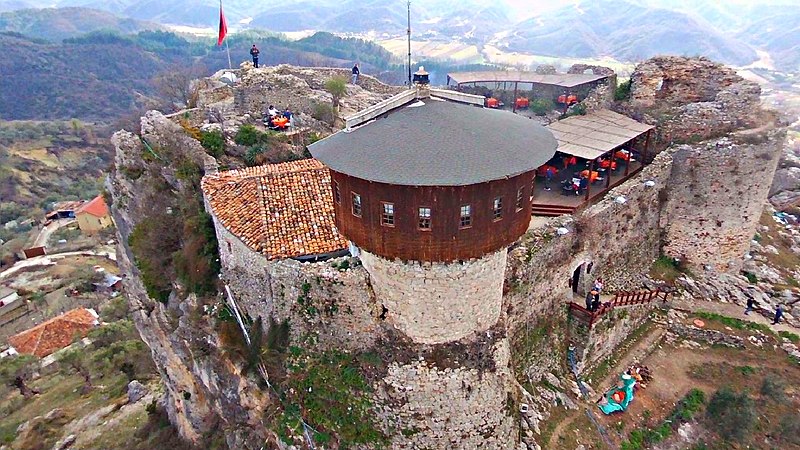 Location: Petrela local unit
The Castle of Petrela is located 18 km away from Tirana. Situated at the peak of a rugged hill, the castle rises over Petrela Village. The structure has a triangular shape with two observation towers.
The existing castle, dates back to the 15th century, while the initial structure existed since antiquity.
Petrela Castle was a point of strategic importance as it was located on the crossroad of roads from Elbasan on the east and Durres and Kruja on the west.
It was also part of the fire signaling and communication system of Kruja Castle.
Nowadays the castle includes accommodation and service facilities for visitors. Petrela Castle is part of various cultural and adventure tours organized in the area.

Location: Dorez local unit
The Castle of Dorezi is located about 30 Km away from Tirana on a sloppy hill. It overlooks Fjolla artificial lake. About half of the castle is surrounded by a wall, while the northern and western side of the fort is surrounded by a natural rocky wall. Specialists believe that the site used to be home to an ancient but still unknown Illyrian site.
The surrounding walls provide information on four different stages of the castle history that date back to the Iron Age. 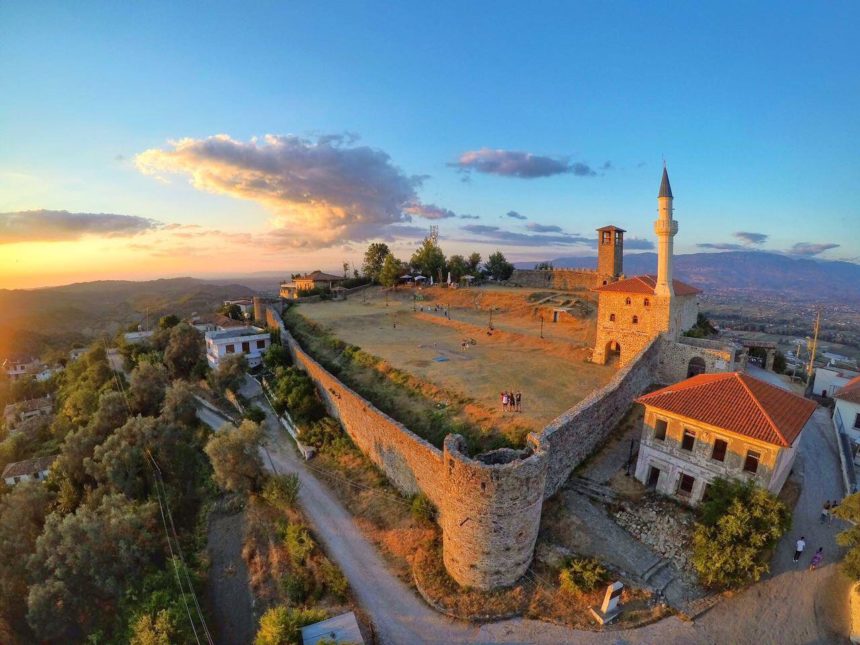 Location: Preza local unit
Preza Castle is located 23 km away from Tirana on the highest peak of the hill range that divides Tirana plain from the northwestern plain in Durres County.
This is a small castle, known for its tower that partially collapsed in the earthquake of November 26th. The castle was reconstructed during the 16th century over the existing settlements of the ancient Parthin Citadel.
The castle had control over the road that connected Durres, Kruja, and Shkodra. This was a route of military and economic importance. The castle was first mentioned in the History of Skanderbeg by historian Marin Barleti.
This castle is located a short distance from Tirana International Airport and this makes it easy to reach this destination.

Location: Dajti National Park
The Castle of Dajti is located 25 km away from Tirana at 1,200 meters above the sea level. It can be reached either by car or on foot from the cable car station. The view from the castle is incredible as it overlooks the western part of the country.

Tujani Castle
Location: Tujani Local Unit
Tujani castle is located nine km away from Tirana city center. The castle is situated on a hill that faces Dajti Mountain. The castle has a rectangular shape and it’s divided into three parts. Based on the archeological findings, experts say that structure dates back to the fourth and fifth centuries AC. 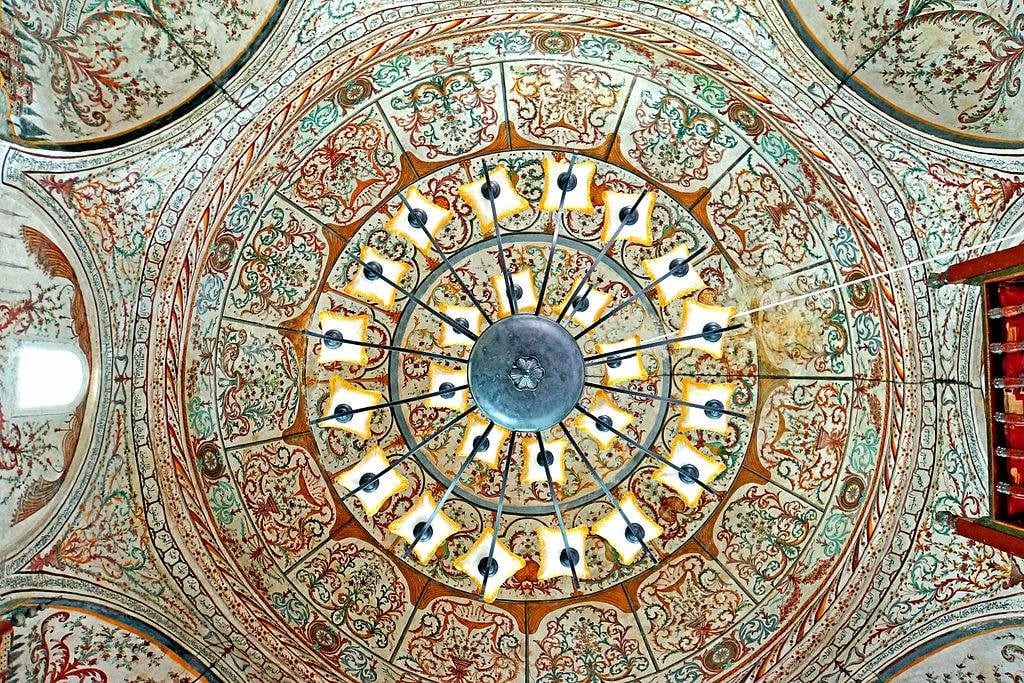 Named after its patron, Et’hem Beu, the mosque is an important monument of culture and a crucial part of Tirana’s cultural heritage. This monument was spared during the destruction of religious sites from the communist regime but remained closed.
The construction of the mosque started in 1794 by Molla Beu and was completed by his son Et’hem Beu in 1823.
The structure represents a unique style of Albanian architectural style. The mosque is a must-visit due to its beautiful wall paintings and mural art.

The Clock Tower of Tirana 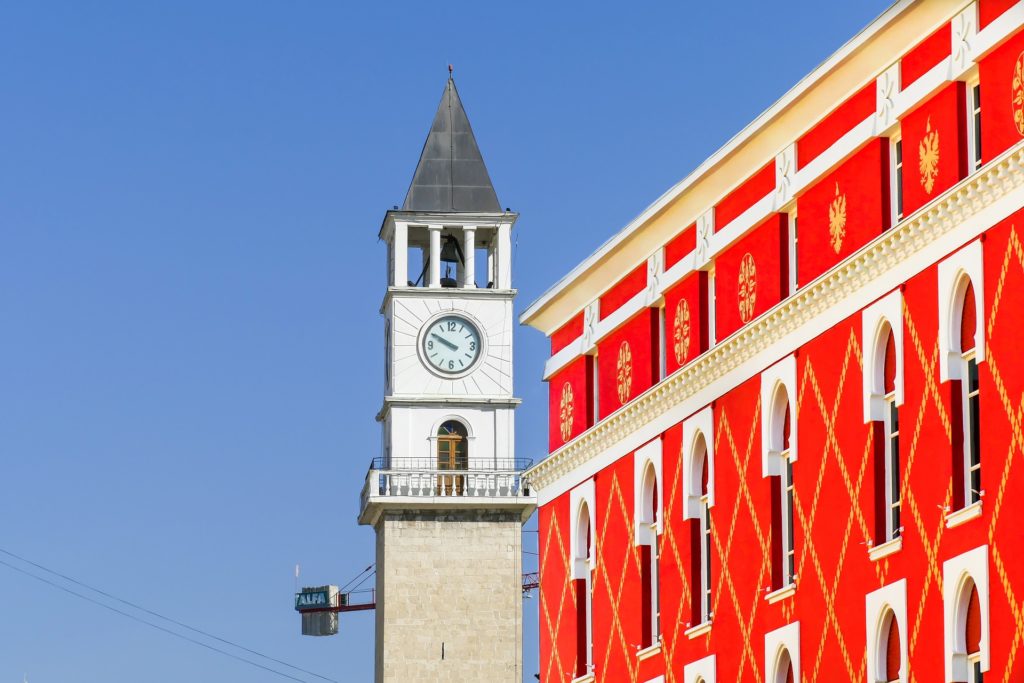 The Clock Tower is the symbol of the Albanian capital. Like the Et’hem Beu Mosque, it was built with rocks from the Brari area. At first, the tower was 30 meters tall. Following the reconstruction of the upper part of the tower in 1928, the clock tower got 35 meters tall.

The memorial tomb is an open octagonal structure located at the point where the Clock Tower Road meets with Elbasani Road. The tomb was part of the monumental burial site of the Tirana Mosque. The complex of six tombs was destroyed during World War II. 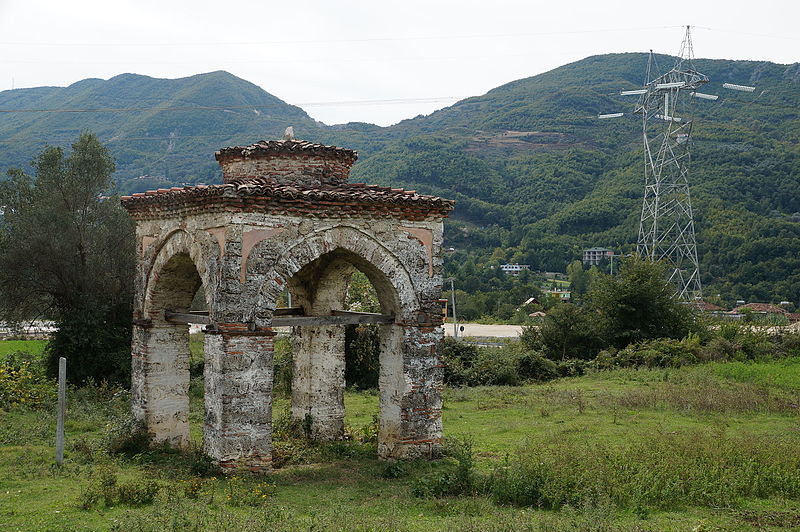 This structure is located in Mullet village close to Maxhara Church. According to one of the versions of the local legend, a young woman fell in love with a man living close to her home, but her family found out and decided to marry her with someone else. On the wedding day, while she was taken to her husband’s home, the caravan stopped for a break and the bride cut her veins with a small knife. While she was dying, the bride said that she was buried neither to her husband’s home nor to her maiden home.

The Paleochristian Church of Tirana 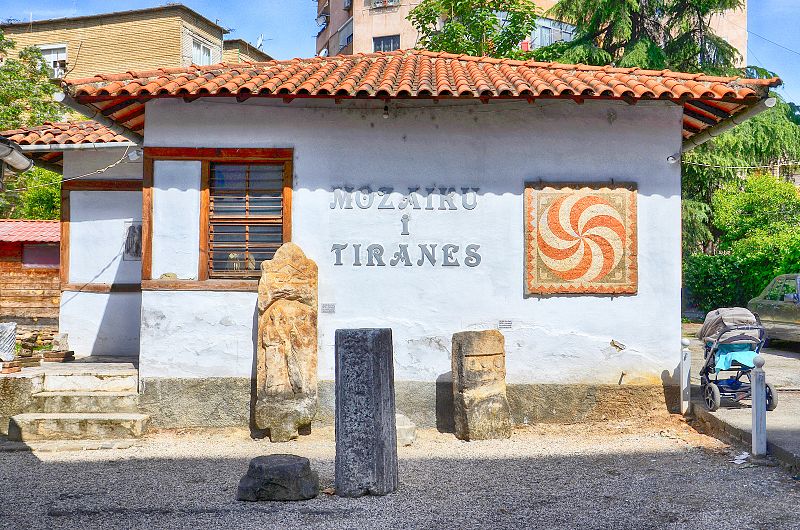 This site is known as the Mosaic of Tirana of the oldest monuments in Tirana. It was uncovered during public works for the construction of a residential block in unit nine in 1972. The pavement consists of mosaics that were damaged by the excavator. Specialists believe that in the first century AC the structure used to be a type of Roman dwelling known as Villa Rustica. Meanwhile, in the third century, it served as a paleochristian church.
Other parts of the complex were discovered in 2003-2004. The mosaic is located at Sander Prosi Street. 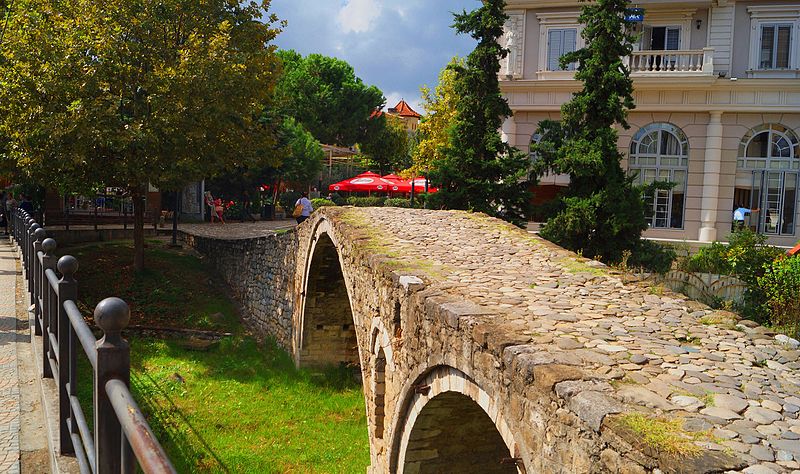 The arched bridge over the old bed of Lana River was built during the 17 – 18th centuries. The structure is seven meters high and 2.5 meters wide and consists of two arches. The bridge is in good condition.

The castle of Tirana was a station type Mansio-Mutatio on Egnatia Road. The castle was also the urban center documented under various names that date back to the first century AC. The castle was at the crossroad of old and new roads that connected different parts of the region.

Read also: These are the Best Farm-to-Table Restaurants in Tirana