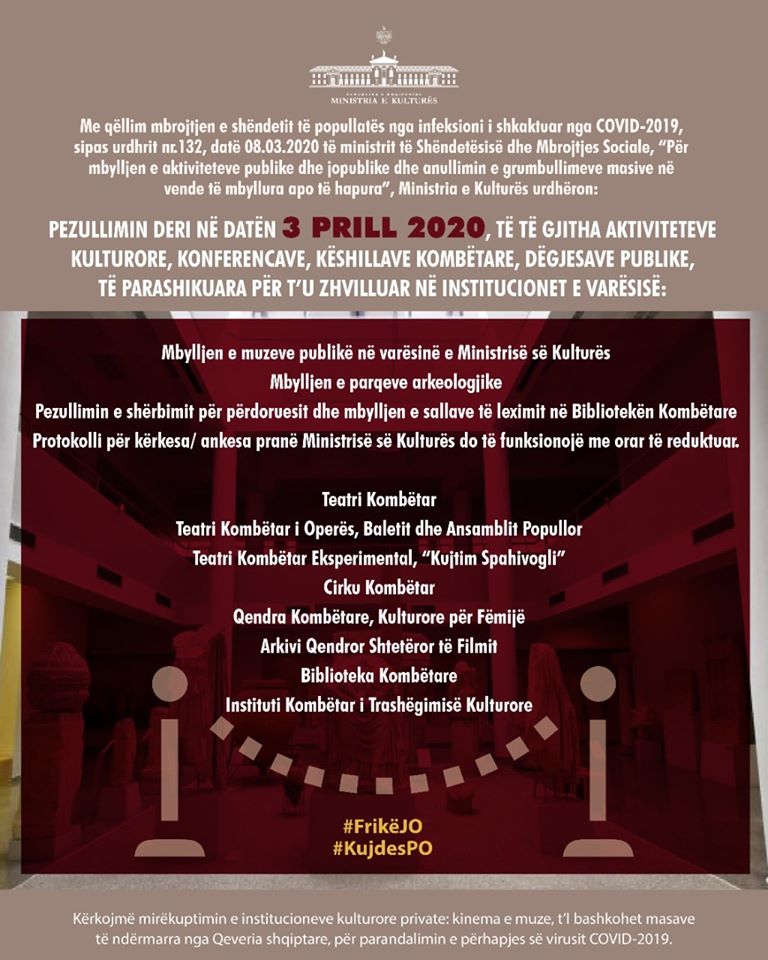 In the meantime, The Municipality of Elbasan canceled all the public events for the Summer Day, March 14th. Local authorities advised citizens to refrain from going out in general, and especially on Saturday. Other events canceled due to the precautionary policies include the Colombian star Maluma’s show, initially planned at Mother Teresa on Saturday, March 14th.
In the meantime, the International event Gjiro Open Air, a Cross Country Paragliding Competition in the valley of Gjirokastra will be rescheduled.

Authorities call on citizens to be cautious and don’t panic.
Remember that fear eats the soul.