Mother Teresa Airport is the answer to all questions on the least and most expensive airport to fly into Albania. Even though it isn’t as cheap as other airports in the region, there are ways to find a cheap flight to Tirana.

The flight time from the one-and-only airport in the country to its farthest non-stop routes is no more than three hours.
It’s a short flight distance from most European capitals and major cities and various airlines operate direct routes to many countries. Read below to find the best airport for a direct or connecting flight to Tirana.

Read more: A guide of the airlines with flights to and from Albania to Europe

Budget airlines that fly to Albania 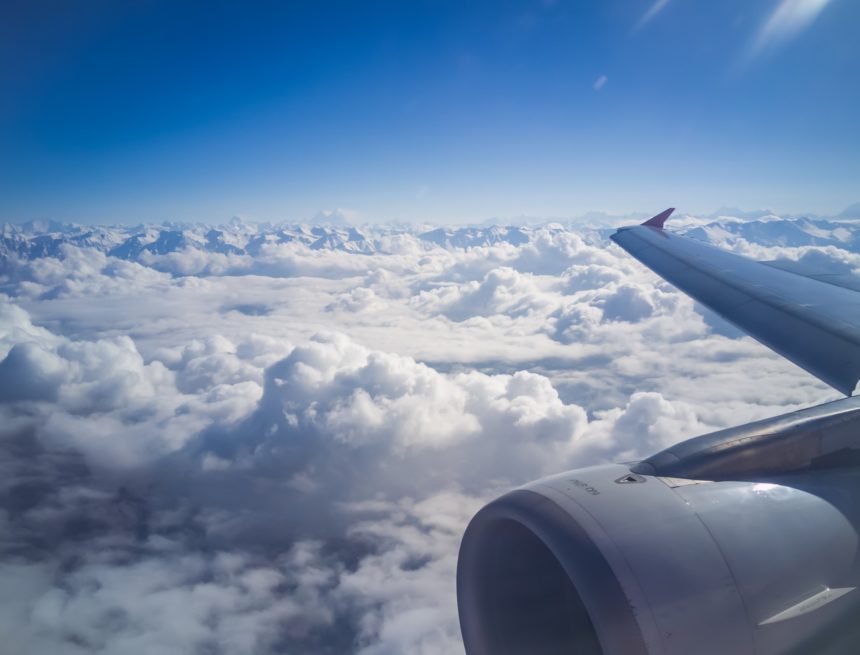 Although considered low-cost various airlines that fly to TIA can be quite expensive if booked at the wrong time.  You will need to look into budget airlines that fly to Albania. Currently, Albawings, Wizzair, Transavia, Edelweiss and soon EasyJet are the budget Airlines that connect Albania to Italy, UK, Germany, Hungary, Netherlands, Switzerland, and France.

What do you need to know?

Budget airlines are safe
Quality and comfort aside, low-cost/budget airlines are as safe as other airlines. Keep in mind that with full-services carriers you pay for generous baggage allowance, free meals and drinks, and legroom.

Never guess, always respect luggage size and weight restrictions.
Low-cost airlines have smaller carry-on baggage allowance and they are great on discouraging travelers from bringing excessive luggage.  More luggage equals more fuel consumption. Thus make sure to check the options offered by the airline before purchasing your ticket. If you don’t respect the luggage limits that you paid for, prepare for hefty baggage fees.

In-flight meals are an extra
Budget carriers don’t serve free food or drinks. If you’re on a tight budget, never board a low-cost carrier hungry. Eat before or bring a few snacks and drinks within the allowed liquid limitations.

Don’t be late
Low-cost carriers have a reputation for being late, but it doesn’t mean you should. Be on time at the check-in and most of all, know your rights.
If you fly with Ryanair to a certain destination (Italy), before departing to Albania keep in mind that you may need to print your ticket even though you love the trees. Ryanair requires for printed boarding passes, all pages, and the online check-in. If you don’t, you’ll get a fine.

Depending on the time of the year you’re visiting, if it’s summer, you won’t need too many clothes. If it’s winter, just wear your heaviest items and save room in your luggage. Also pay attention to what the airline considers a personal item, the size, and weight. You can take advantage of the personal item and use a backpack or shoulder bag.

Fly under the radar for the cheapest flight tickets

When surfing the web for a good deal on flights you’ll run into a list of tips on how to find a cheap flight. Some say to book on Wednesday, others on Tuesday. Others claim that night hours are the best time to hunt for cheap flights. Instead of wasting time with the next great article ‘The best time of the day to book a cheap flight’ just go incognito.

Flying to Kosovo, North Macedonia, and Montenegro is way cheaper compared to low-cost flights to Tirana.

For those asking: Where do you fly into for Saranda Albania?
Corfu, you fly to Corfu Island and take the ferry or a hydrofoil boat either to Saranda or Igoumenitsa.

Transportation from and to Mother Teresa International Airport

TIA, also known as Rinas, is located 19 kilometers northwest of Tirana. There are two ways of getting from the airport to the capital.

From Tirana, The airport bus departs from the station that is located between TID Tower (The Plaza Tirana) and the National Library. The bus ticket costs Lek 250 or €2 and it takes 35-40 minutes to get to the airport.