Massive flooding and swollen rivers in southern low level areas have not stopped Albania Rafting Group to undertake a dangerous and adventurous rafting trip, by travelling in some of southern rivers in difficult weather conditions. Vjosa, Semani and Osumi rivers overflowed and the waters rose tremendously during the past days, by causing flooding and evacuation of many families in Fier, Vlore and Sarande, since the water level covered local’s houses and caused landslide in many local streets.  Huge loss in massive stock is also reported by locals, and many houses have been covered by river’s water. 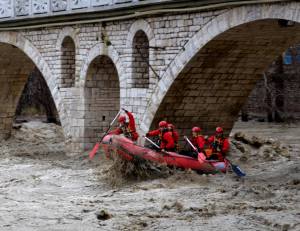 The rafting group described their experience in their official Facebook account as a good start of 2015, by saying “This was our way to start 2015 with rafting. Albanian Federation of Rafting is at total readiness for intervention is cases of flooding in southern Albania. These photos are captured while controlling and descending Osumi river by rafting team of professionals.” Albania Rafting Group is a company which organizes adventurous rafting trips throughout Albania. 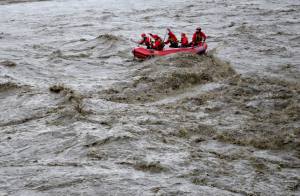 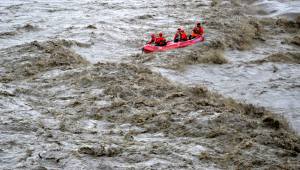