Fieri region has seen a high interest for the construction of solar power plants with an installed capacity up to 2MV, including a recent plant on a potential investment estimated millions of Euros. The Ministry of Infrastructure and Energy (MIE) confirmed that LM Energy Corporate submitted an application for a solar power plant project.
The company expressed interest in the construction of a photovoltaic plant with an installed capacity of 50MWin Sheq Marinas, Topoja area, Fier region.
The application follows the announcing of the winner for Akernia solar power plant project by the Albanian authorities. Currently, the Albanian institutions have suspended applications for projects with installed capacity up to 2MW. The suspension of applications was due to the fact that the high number of applications exceeded the defined capacities.
Monitor magazine reports that LM Energy Corporate was registered at National Business Center in September 2017. Its activity consists of the design, implementation, and construction of solar power cells, electricity trade, and design, construction, and installation of power transmission lines.

If the application will be approved, this is going to be the second large project on solar power production in Albania following Akernia project. The latter is still in the negotiation stage.
A consortium led by India Power Corporation Ltd has won the bid for the Euro 70 million solar plant with a total installed capacity of 100MW in Akerni, Vlora. The aim of the project is to build the first solar plant of this capacity in Albania and at the same time one of the largest in the Balkans. The time for the implementation of the project is 18 months.
In the meantime, the Albanian Power Corporation (KESH) and Statkraft have submitted two application for floating solar power plant projects respectively in Vau i Dejes and Banja lakes. 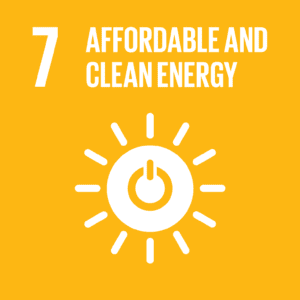 Goal 7: Ensure access to affordable, reliable, sustainable and modern energy for all