The opening speech was held by the president of the American Chamber of Commerce, Mark Crawford which thanked the former Executive Director of the ACHC for her contribution in holding this position for 15 years.  The Minister of Economic Development Arben Ahmetaj also attended the ceremony and held a speech, considering the USA – Albania relations as strategic and primary for Albania.

The volume of trade exchanges between the two countries, declared Ahmetaj, has increased significantly in the last years and that Albania and the USA need to establish the double taxation.

In turn, the USA ambassador to Tirana Donald LU praised the work of the American Chamber of Commerce, considering them as “courageous businessmen”. The ambassador encouraged the ACHC members to think of new ways in improving the business climate in Albania, adding that “the most of work must be done by Albania”. 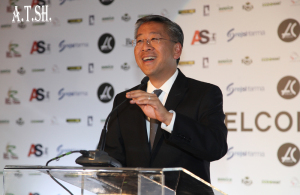 The newly appointed Albanian ambassador to the USA and former Executive Director of ACHC, Floreta Luli-Faber, thanked the Prime Minister Edi Rama, the President Bujar Nishani and the Minister of Foreign Affairs for the support. Luli – Faber declared that the USA is an irreplaceable partner of Albania and that her job will be focused in enhancing the economic cooperation between the two countries. 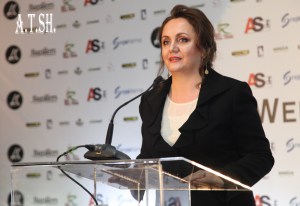 The ceremony held by the American Chamber of Commerce, a private business association which operates in Albania since 2000, was attended by the ACHC members, high ranked officials and representatives of international organizations.