This is not an original article of invest-in-albania.org.  The article originally published at Vuno Village website.

This is a journey to Vuno, one of the unique south-coast villages of Albania for its particular and stylish architecture, urbanization, history, its protagonist role on the main events of the nation as well as its contribution to the Albanian nationwide culture.

Vuno is a village with a great history. It is the village where Lord Byron and the famous writer and illustrator Edward Lear stopped for a while and admired the architecture and the murals of its churches. This is the native land of various Albanian personalities and it is known for its distinguished sense of patriotism.

The inhabitants of Kaonia, as they used to be called in antiquity, constructed their own houses on the mountains, in order to protect themselves from the pirates coming from the sea, as well as, set aside the small homesteads which they struggled to create. This is how most of the Albanian Riviera villages were created, one by one, stone by stone, each more beautiful than the other, like small towns, all of them, respecting a surprising harmonious architecture which distinguishes them across the country. The village of Vuno is situated on the shoulders of the “Mjegullosh” mountain, with two or three-story stone houses. 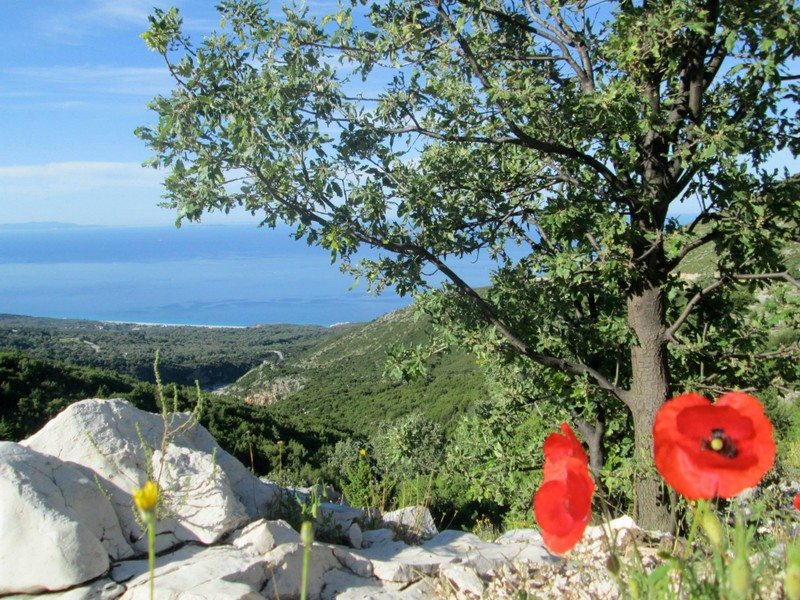 All the village’s buildings have a sea view, without obstructing the sunlight to each other. They relate to one another through cobblestone streets, creating a perfect configuration, and often, they snake down the vaults over which the residential stone homes rise. The stone tunnels that are supported on huge stone houses, create an architectural style that cannot be found even in the towns of Gjirokastra and Berat, part of the UNESCO World Heritage list.

The stone constructions in Vuno, carried during a period of several centuries, requiring enormous work, great engineering and skilled workmanship, are still used for serving the urban space of the village as well as the dwelling needs of the villagers, many of which have even today the privilege to live in miniature castle-like homes (called “Kulla”, Albanian word for tower). These fortified dwellings or towers – “KULLA”, exist not only in Vuno, but in the other Riviera villages as well. The tower, which is located in the lower neighborhood of the village and has a three-story vertical design, a rectangular base, and several turrets, was declared a national cultural monument for several years. 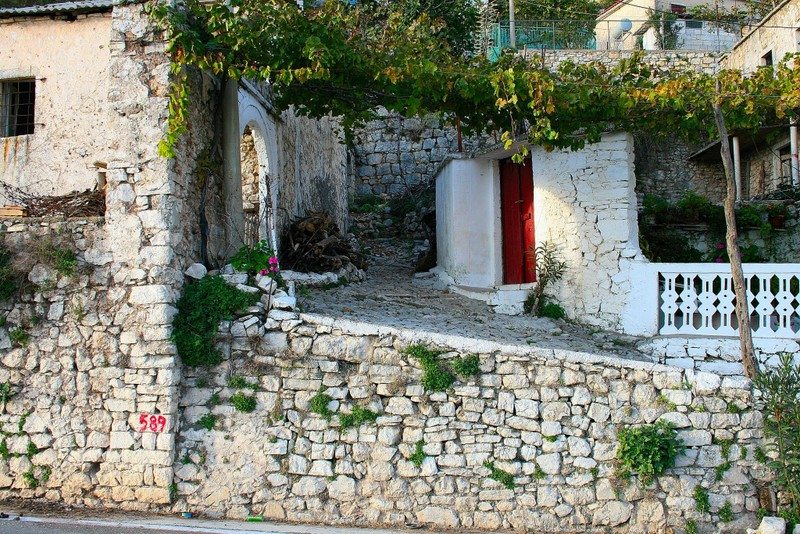 In the XIX century, one of the main British writers and illustrators, Edward Lear, while visiting Vuno stopped for a while at the home of the Kasneci family, which he would describe this way in his memories:

I was very surprised by the buildings in Vuno, such as the Kasneci one. They give you the feeling of Venetian “Palazzi”, as well as other constructions around rural area in Italy. The people of Himara use the Italian language more than anyone in Albania. In every village of this region I went, I noticed that despite the fact that they are Greek orthodox by religion, they are all Albanians, with some small exceptions.

In contrast with the other south-coast villages of Albania, where it is common for people to also speak Greek (before it was common to speak Italian instead of Greek) as a result of a long history of trade relations and migration, the inhabitants of Vuno are not particularly keen in speaking the language of the neighbors, thus proclaiming their pride for their Albanian roots and belonging that they and the whole region of Himara possess. Vuno has always been seen as a symbol of the Albanian resistance towards invaders and patriotism through the centuries, which gives the natives great pride of their origin. 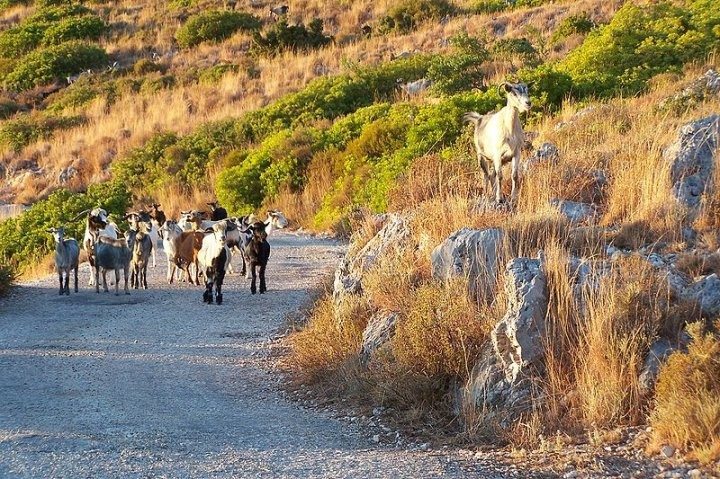 In old times but also during the 20th century, despite its very small population, Vuno has given to the Albanian society several art directors, actors, writers, important politicians, administrative employees as well as parliament members. Oh yes, the current prime minister of Albania is also from Vuno. All these personalities are a significant indicator that underlines the desire that the natives have cultivated towards education and knowledge, this also being shown throughout the culture and history of the village and its 200 year old school.

Near Vuno you will find several magnificent beaches, the biggest ones are the beaches of Jali and Gjipe. Both are considered to be among the most wonderful beaches of the Albanian Riviera. Historically the locals have used these two bays as arable land and to cultivate lemon, orange and tangerine trees, but with improved transportation, Jali and Gjipe have become increasingly important tourist destinations not only for the Albanians, but also for foreign tourists. Besides these two major beaches, there are several smaller ones most of which are not touched at all by human activity and are not to be missed by anyone visiting this region. 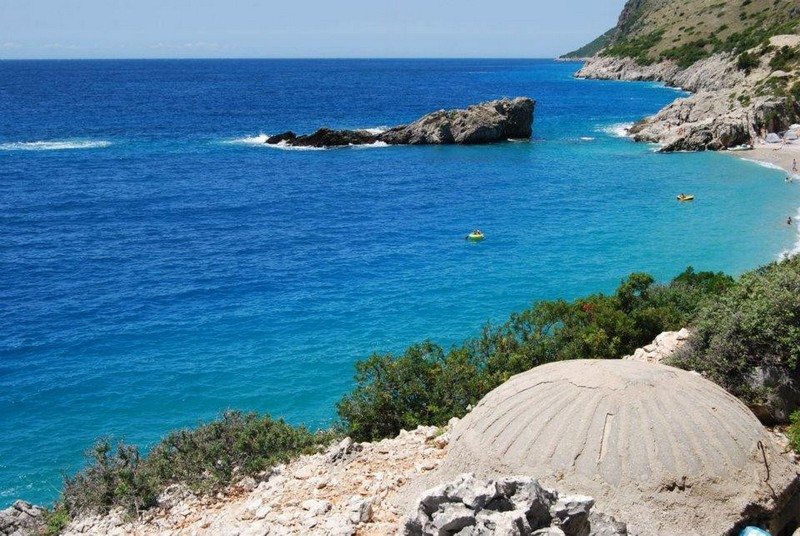