Ohrid-Prespa basin was certified by UNESCO as a Biosphere Inter-Border Reserve in a special ceremony, attended by the Albanian Minister of Environment and his Macedonian counterpart, the deputy PM Niko Peleshi, representatives of UNESCO and other local government officials.

The Albanian Minister of Environment, Lefter Koka, received by UNESCO the certificate of this protected area and estimated the local and regional importance of this natural protected area. He also appreciated the contribution and efforts made by local governors and other actors in the protection of Ohrid-Prespa basin. 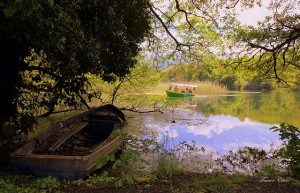 Minister Koka underlined that the protection of natural resources is one of the main priorities of the Albanian government. The inauguration ceremony concluded with a fair of Albanian bio-products.