What’s in a name? Shakespeare would ask.
Quite a lot, from meaning, identity, culture, and spiritual belonging to aesthetically pleasing sounds, the Albanian Institute of Statistics (INSTAT) would answer. The most popular baby names for Albania in general and each city, in particular, are available in a collection that includes a little of everything. Visualized data from form the civil status office show a trend of transition from meaningful words to names inspired from Latin American sitcoms or invented brand domain-sounding names. 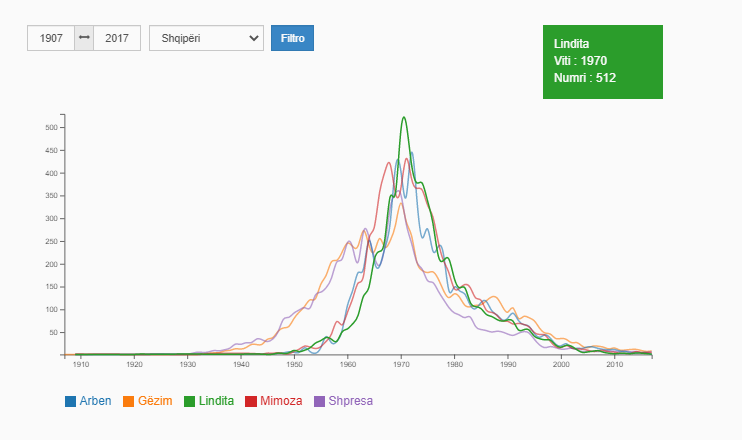 Those were the years when the graphs for these five names reached the top. Afterward, new names grew in popularity (see below). Name data over different periods of years are available for all 36 municipalities.

However, the top five most popular names are different for each city. Here are some examples.

Meanwhile, to find out how many other people have the same name as you, use the name statistics.