This is not an original article of invest-in-albania.org. You may read the original one by clicking here.

A travel to discover the most interesting places of this country!

This year for your summer vacations would you like to travel in a place not so far from Italy, yet not so known, but a place that can offer the right mix of sea, nature and culture?
Well, then why don’t you try to spend some days in Albania? The country not only have wonderful coastlines that can be noticed at Adriatic and Ionian Sea but it can also offer corners of unspoiled nature and ancient villages. Don’t get influenced by local mentality and trust us: Albania will astonish you!

Albania: the land of breathtaking beauties – Albania, a rich country of archeologic places and with an ancient language, is also a center of wonderful sea locations as Durres or Vlora, clean rivers in which you can swim. Among others: Drini, Seman, Devoll and Vjosa rivers. Albania has in fact a long coastline of 360km rich in small islands where the biggest of them is the Island of Sazan. 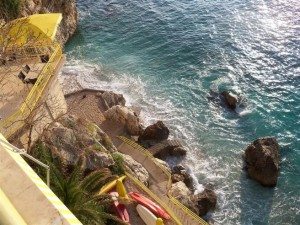 For all those who love food is necessary to know that the Albanian cuisine is a mixture of the typicall cuisine of the country, the Italian and the Turkish cuisine. Let’s say that the taste of this cuisine are very similar to those of traditional Greek food.
And if you don’t know which part of the country to visit, here are some of the less known in this country for a perfect and original summer holiday. The first place not to miss is for sure the National Park of Theth, located 70km from Shkoder city, in the heart of Albanian Alps. The hight valley of Theth is indeed one of the most unique mountain touristic zones not only for the presence of the highest peak of the country that surrounds the entire valley but also because exactly in this place it can be seen old stone buildings built in ancient times and which were used to defend the territory. 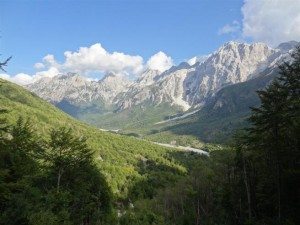 Here you may dip in a mostly untouched nature, to visit the local churches, the traditional houses of locals that Albanians call “kulla”, and the clock tower and if you are lucky enough you may see the hawk, the eagle of the Albanian Alps.
In addition, the park is inhabited by rare animals such as the bear and the fox and about 50 kinds of birds, 10 types of reptiles and 8 types of amphibians. Finally, here you can even drink or swim in the clear waters of the cascade of Theth. 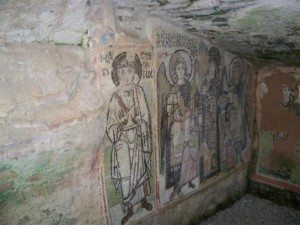 After all this nature it is time to get to a very beautiful old town in order to also enjoy the historical and cultural aspect of this country. Now pack your bags and head to: Korca – a beautiful city, one of the most imortants of Albania, located near the Mount Morava, in the slope of St. Thana mountain, which, many centuries before, has been an ancient settlement. Some useful informations and some courious facts about Korca: here it was established the first Albanian beer brand, still being produced, the rug entreprices are the most important establishments of the whole country. What to visit in Korca: the village of Boboshtica, located only 10km from the city, well known for the production of brandy but also for the churches and monasteries as the church of Santa Maria or that of Saint Giovani; the village of Mbroja, with the very interesting church of Ristozi, and the hills that surround the city. 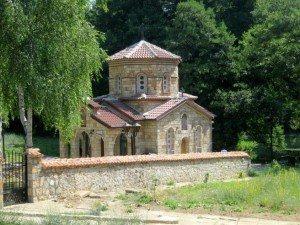 Finally, before to leave Albania you will probably don’t want to miss a visit at a miracle of nature: the karstic spring of the Syri i Kaltër (Blue Eye), the the richest in the country that is located on the western slopes of Mount Mali i Gjerë, in south of Albania. Get ready for a clear limestone background that rests on a deep blue water. A wonder! In theory it is possible to swim in these amazing waters, the only problem is their average temperature – 10 degrees Celsius. But if you don’t care about the cold… How to get to the source: the water source is located along the main road between Saranda and Gjirokastra, about 3 km from the turning point marked by a sign which reads: ‘Tourist Attraction’. 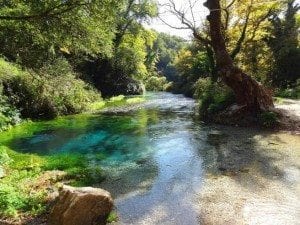 *Notice:
This is an article originally written by Tgcom24, a popular news website in Italy. The original article is written in Italian language, but it is translated  in English by invest-in-albania.org.