The Monastery of 40 Saints in Saranda will undergo a restoration by the Processi Speciali Italian Company, after for more than 70 years. On June 12, Saranda and Brindisi Municipalities signed a cooperation protocol for the restoration of the Monastery which damaged 70 years ago during the World War Two.

The restoration of this cultural monument surrounded by local legends will bring to life the architectonic identity of it after the construction of the first floor which was totally ruined by the German attacks and the other parts of it. Considered as one of the most important historical asset of Saranda city, the Monastery will be restored by architects from Brindisi, headed by Antonio Ingroso, legal representative of Processi Speciali. 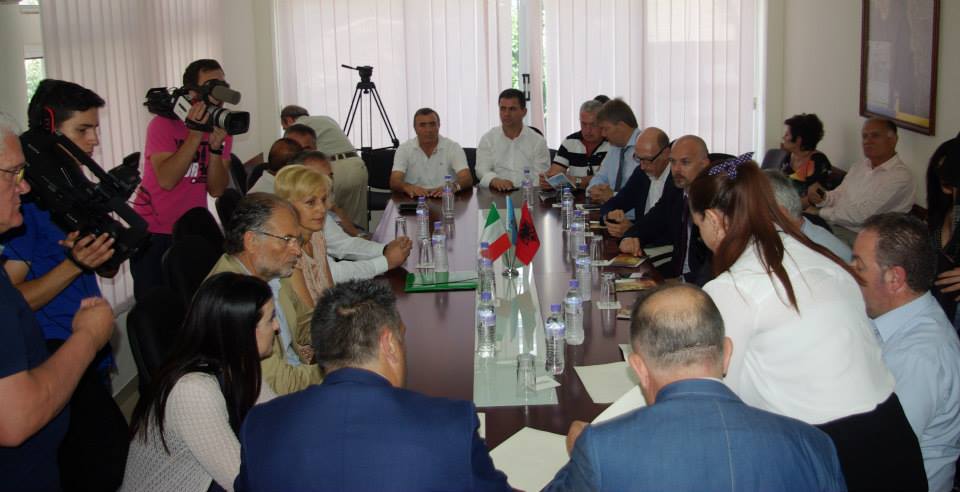 The Monastery gets hundreds of visitors per year and this is the site that gave the name of the city: Saranda means “40” in Greek. The monastery was built in the VI-th century AD, and was dedicated to the 40 Christian martyrs – a group of Roman soldiers in the Legio XII Fulminata, killed near Sebaste in Armenia for refusing to renounce their Christian religion. Currently in ruin, the place is a popular stop for hikers. Tourists interested in visiting the crypt, may request permission from the Sarandë Municipality (Bashkia Saranda).

Previous PostRally Albania 2015 to promote Albania’s virgin nature in its 11th editionNext PostAAB: Private banks donated $1 ml in the framework of CSR during 2014