With the support of the government, Bank of Albania organized on Wednesday, September 16, a round discussion table with representatives from the banking system in Albania and other participants with the main theme “The economy and banks: Current and future challenges”. The discussion was initiated by Bank of Albania Governor Genti Sejko which declared that the banking system in the country is well capitalized and liquid.

“In the past two years we have noticed the pace of nonperforming loans has decreased from 25% to 20% and Bank of Albania convinced private banks to erase from their balance the lost loans but banks will still seek from clients to pay their debt,” declared Sejko. 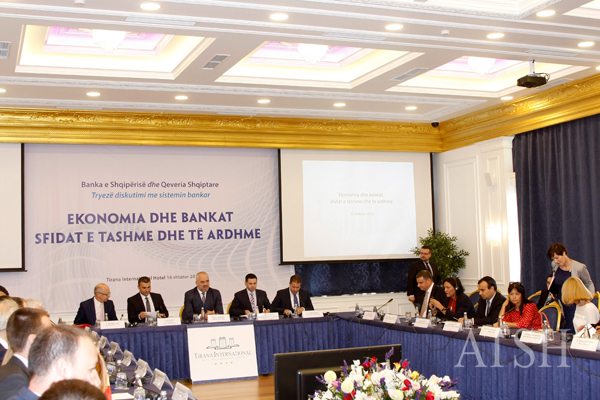 Present in the meeting was also the Prime Minister Edi Rama, who stressed that arbitrary decisions taken by judges are hampering the development of Albania’s economy.  According to him, the government is considering the level of nonperforming loans as dangerous for country’s economy which can even create a chaotic situation in the banking system.

The head of the government added that several reforms have been undertaken for boosting the increase of lending by private banks and the repayment of outstanding debts to businesses as a manner to decrease the level of nonperforming loans. The Prime Minister declared that “Albania has ambitions and potential to reach an economic growth above 3%.”