Minister of Urban Development and Tourism Eglantina Gjermeni, presented in Vlora city on 5th of this month, the “Vlora waterfront promenade” (Lungomare) project. “This pilot project is of a high importance and will be considered as a public project example for the improvement of other Albanian cities”, declared Minister Gjermeni. 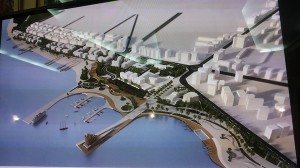 The winning project by XDGA

Vlora may be considered as one of the most important coastal cities because of its stunning beatches and the port of Vlora which serves as the gate of sourthern Albania.

“We aim to create a space that will improve the touristic potentials of this city and will offer various opportunities for small and medium economic activities. This is what we have in mind about the model of urban and touristic development”, added Gjermeni.

The Lungomare Vlora Waterfront Promenade is envisioned as a vibrant pedestrian zone and a major recreational area facing some of the new inhabited parts of the city, but in itself represents the oldest touristic attraction of the city. 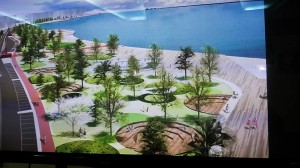 The winning project by XDGA

A well-integrated mosaic of a new landscape, additional outdoor lightweight structures, artistic oeuvres and lighting will support the ideas of this prominent waterfront promenade to achieve its touristic potential, as a vital and stimulating outdoor location, turning it into a favorite refuge for residents of all ages and a destination for tourists and visitors from all over the world.

Albania tourism, Minister of Tourism and Urban Development, Tourism in Albania, Tourism in Vlora
Previous PostThe revival of tobacco cultivation tradition by the returned emigrantsNext PostGovernment facilities for the legalization of informal buildings