Mostly unheard to people outside of Albania, the hike from Valbona to Thethi is one of the most popular in the Accursed Mountains and a not to be missed occasion to experience the beauty and traditions of this land.

The hike from Valbona to Thethi (also spelled Valbonë and Theth) follow an old mule track, and represent a portion of the almost 200km long trekking ring called “Peaks of the Balkans” that trespass also in Kosovo and Montenegro.

The route from Valbona to Thethi, both valleys declared National Parks, deserves all of its popularity for its amazing views accessible to everybody thanks to a well maintained trail suitable also for families and “Sunday hikers”.

It’s easily completed in one day, requiring no need to camp overnight, if not desired: it took us a total of 8 hours with many stops to enjoy, eat and take photos.

How to get to Valbona

While the trek can be started from either end, we chose to start our hike from Valbona. Reaching Valbona is not extremely easy, but the effort is totally rewarded by spectacular views of landscapes and local people on the Koman lake ferry. Coming from Shkodër, the best way (best not only because we chose it) is to reach the harbor of Koman,  take a ferry to Fierze passing through the Koman Lake, artificially created in 1970 for a big hydroelectric plant, take a minibus to Bajram Curri, and eventually hop on a last “furgon” (local name for a minibus) to Valbona. That’s easier said than done, since often there is only one daily bus that can be easily missed, making things much more complicated.

That’s what happened to us, so if you want to have more details about our experience and a step by step guide, you should read this separate post where we wrote about how to get from Shkodër to Koman.

Valbona: a touristic village in an amazing setting

Valbona, lying at about 1000 m of altitude, turned out to be much more developed and touristic than we were expecting, but not less enjoyable because of that.

Mixed with traditional houses and farmland, there were several chalets offering accommodation, plenty of camping places, tourist information point, a basketball field, restaurants, bars, electricity, internet and phone network; everything you would expect to find in a developed town, but not in a remote Albanian location.

Probably the village saw a big touristic boom in the last few years, because the texts we read before going to Valbona, were describing it in a completely different way.

While Valbona wasn’t the small traditional village that you could expect to find in a isolated place in the Accursed Mountains, the views were still amazing and worth the trip itself. When we first entered by car in the highland that is forming Valbona Valley, we were impressed and surprised: it felt like turning a corner and having an amazing panorama in front of you, hidden only a moment before.

While the village of Thethi is no doubts nicer and more traditional, we found the views of the Albanian Alps to be more dramatic from the side of Valbona. Travelers with limited time or no hiking skills, might still find enjoyable to pass a few days in Valbona itself.

Since we brought our camping equipment with us, we opted to stay in one of the many camping places available along the valley, so that we could also test our new Luxe Outdoor Habitat tent.

Even if it was late June, almost high season, we were the only guests at our camping place, more of a bar with a big garden and access to the employee’s toilet and shower than a real camping. The people sitting at the bar were busy watching the World Cup soccer matches, while we were more interested in enjoying nature.

There were many options to do free camping, but the price of an organized stay was really cheap, around 2$ as far as I can remember, so we decided it was worth to “invest” those money for a decent shower and a toilet rather than wild camping. We still had great views of the mountains right in front of our tent and more protection from wildlife and intruders at night when the gate was closed.

Hiking from Valbona to Thethi

We started our hike around 10:30 in the morning, quite late for a day-hike. But considering that it’s not a demanding route and June was offering us some long sunny days, we took our time and enjoyed a lazy morning.

The path is quite easy to follow and we didn’t find necessary to hire a guide: I don’t remeber the trail to be marked, but other sources in internet actually say the opposite, the marks being white/red/white lines.

However either case, there is no real way to get lost if the trail is clear of snow and you have a minimum orienteering skills. To have an idea of the track it’s possible to download this GPS track of the hike from Thethi to Valbona or to consult this more traditional hiking map.

The path starts from the last hotel at the end of the asphalt road and then follows for 3.5km the river bed on a gravel road still accessible by 4wd vehicles for a few km., eventually a cluster of houses will be visible: that’s the village of Rragam, the last one on the way up to the pass.

Since Rragam is a village, as small as it is, there are still forks and small paths leading to private properties, so it might not be that obvious where the correct trail is and we had to ask some locals in order not to take the wrong way.

In the village there is the possibility to buy some refreshments in basic cafes; but there are actually several simple wooden bars along the whole trail selling water and soft-drinks. Nothing fancy, they are as simple as a few bottles on a wooden board, to be fit in a backpack and carried up and down from the valley every day. During low season most probably you won’t find anybody there though: so always there is enough water to finish the hike and replenish the loss due to heat and effort, avoiding dehydration.

There are also a couple of streams on the way, with drinkable water (we used our filtered water bottled just to be on the safe side), but consider that they might be dry according to rain patterns.

A first stream is about 70 minutes after Rragam and it is equipped with a shelter in a green mossy environment: a good place to rest and maybe eat something.

From here the trail is passing through small forests with rare trees and a meadow, where we surprisingly met a huge group of foreigners. We were negatively impressed to see how noisy and unprepared they were, needing donkeys to carry their day-packs, and apparently not caring at all of the surroundings.

After a steep but not prohibitive ascent through a zig-zag path, the pass is eventually reached, and the reward is beautiful views opening up on both Valbona and Thethi valleys as far as the eye can see: another good moment to stop and mesmerize.

From Valbona to the pass there is a difference in altitude of 764 meters, and about 1000 meters more needs to be descent in order to get to Thethi. Also the way down is not particularly demanding and should take less than 3 hours including stops. The trail is mostly passing through forest with some random openings showing dramatic panoramas. On the way there is a nice cafe completely carved out of wood, where to have a break before the last leg.

The next target is the village of Gjelaj less than 1 km away from the valley, and then further on to Thethi, just a few hundred meter down the river. Already in Gjelaj, locals will start to scout for clients for their accommodation: no need to stay so far up, unless desired, since there are more and cheaper options down the valley.

You should know that later while strolling in Thethi, Oti got bitten by a local dog and the next day while trying to take a furgon from Thethi to Shkodër we eventually were screwed up and had our scariest experience hitchhiking ever. But this shouldn’t influence your decision to visit the area, since they are two events completely unrelated with the location and they could have happened anywhere.

That’s why we wrote these stories into two different articles with more details, not to diminish the beauty of the hike from Valbona to Thethi.

“Local Wildlife” in Thethi: Oti bitten by a dog

Despite we had some negative experiences in the area, they have nothing to do with the uniqueness of Valbona and Thethi valleys, definitely worth to explore. If we think back of the Albanian Alps, we have many good memories after all, that make us wish to go back there one day and explore more of the many hiking routes extending all the way to Montenegro and Kosovo. 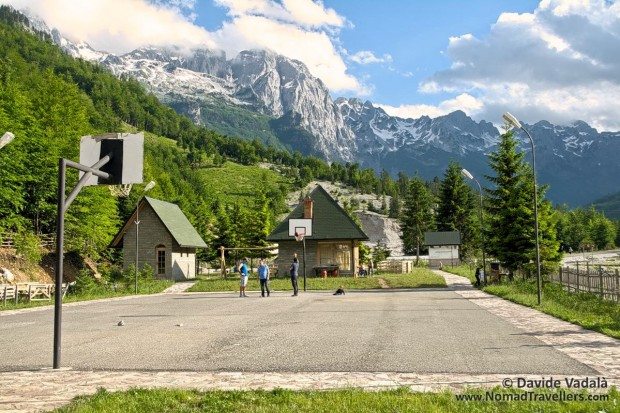 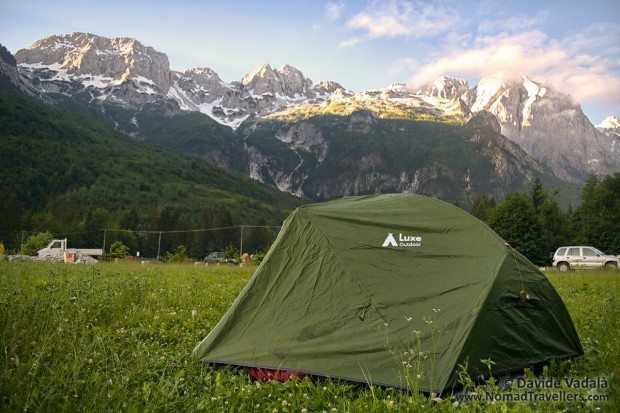 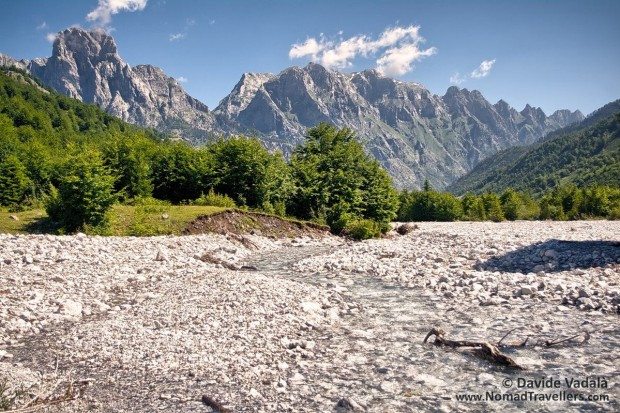 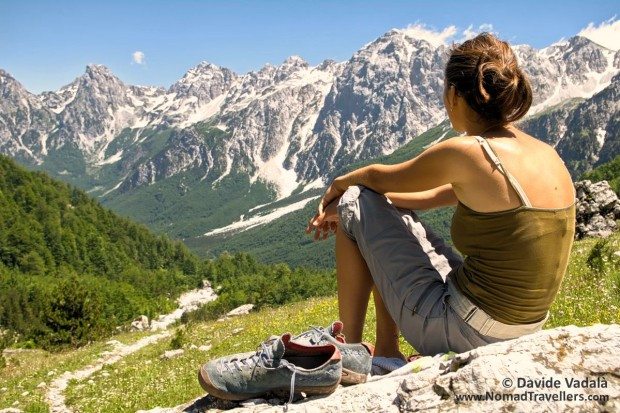 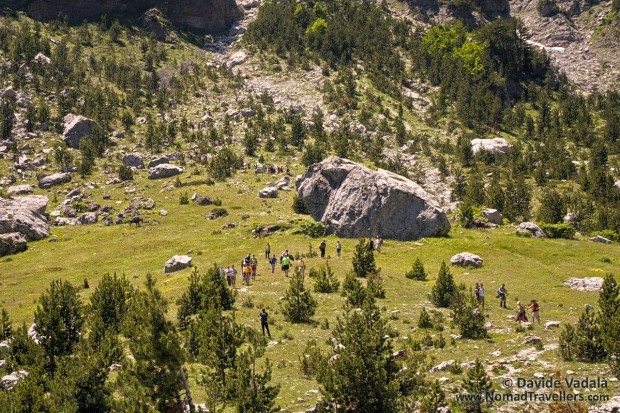 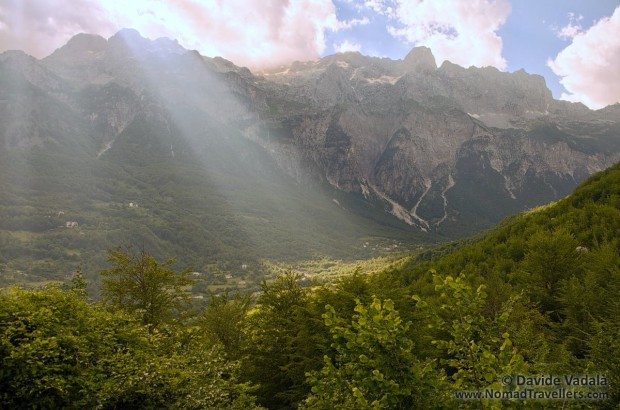 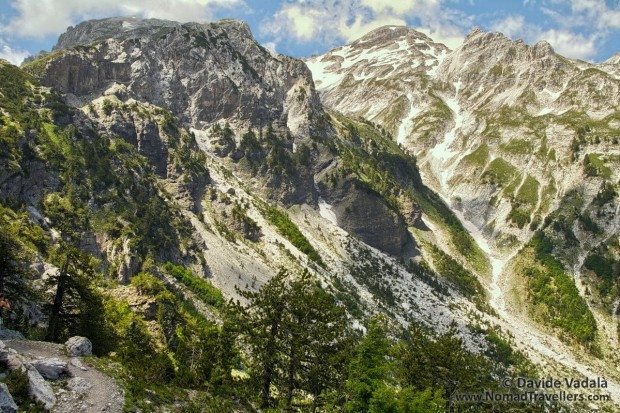 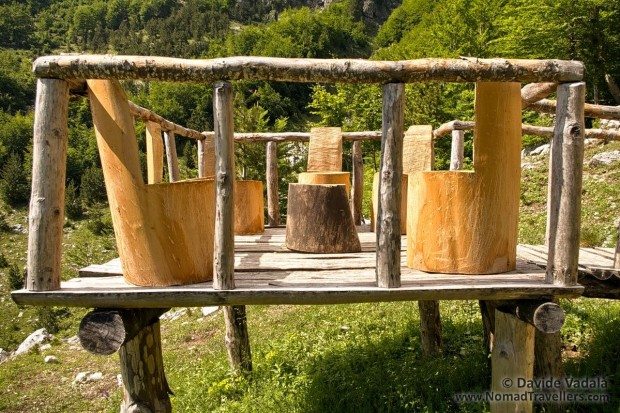 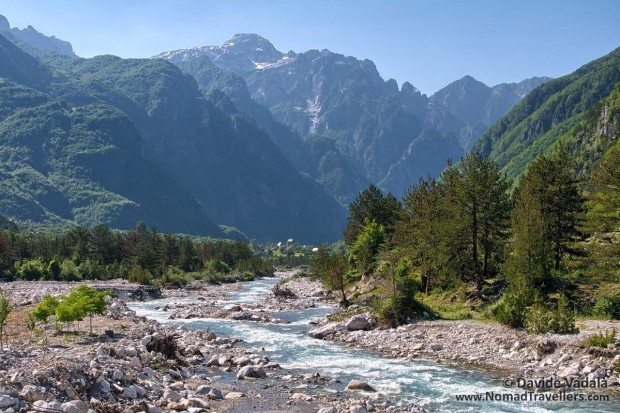 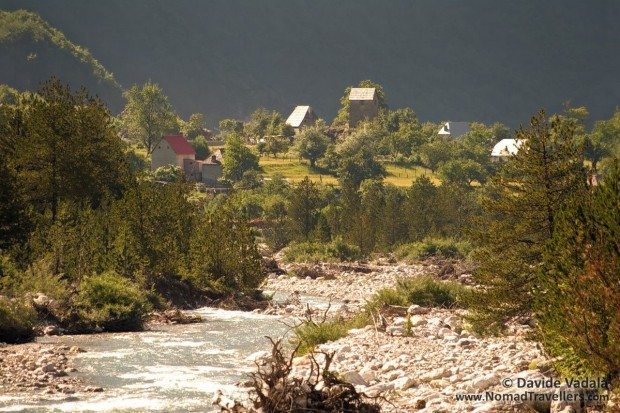