The old bazaar of Korca will be renovated and will be transformed into a hub for tourists in the city of Korca, due to a $4 million restoration project financed by the Albanian Development Fund and the Albanian American Fund for Development.

The restoration of the old bazaar and the old buildings located nearby it started by the end of the last year and aims the renovation of the bazaar by preserving the cultural and architectonic values of it. The undergoing works in Korca were inspected by the vise Prime Minister Niko Peleshi, former Mayor of Korca, and the President of the Albanian Development Fund Michael Granoff.

Peleshi praised the work done for the reconstruction of the bazaar, considering the project as an asset of the Albanian architecture, by declaring that “the vitalization of the bazaar is guaranteed and we should put in sight the architectonic mosaic of circa 140 objects in this bazaar.” 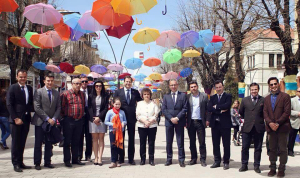 In turn, the President of the Albanian Development Fund considered the restoration of Korca’s old bazaar as “one of the most ambitious projects of the city that will be followed by other projects.” Granoff was awarded as a “Citizen of Honour of Korca city” by the Mayor of Korca Municipality Sotiraq Filo, in a special ceremony held in at the premises of the First Albania School, in Korca.

The old bazaar of Korca was established about 500 years ago and is comprised by old ottoman and roman architectonic style buildings which for centuries were used as shops, guesthouses or khans. The old bazaar is comprised by 138 first category culture monuments. The $4 million project aims to transform this area into the most important part of the city were tourists can find new services as hotels, bars and restaurants. 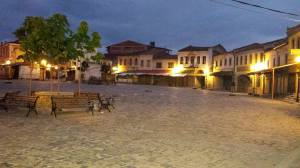 Historical and Cultural Monuments to Visit While in Durres

TIRANA, AUGUST 30 The currently third most populous city in Albania, after the capital, Tirana and Fier, Durres is located...