Get your family and kids, relatives, friends, neighbors, and coworkers involved and donate a Merry Christmas this year to all the less fortunate children, single mothers, abandoned elderly, and persons with special needs. The cold winter weather and the recent floods are imposing a financial burden to the Albanian families living in extreme poverty. There are hundreds of thousands of them, invisible families, that eat less in order to cover heating costs, to keep their children safe, and to make it through the winter. The things that they wish for, are clothes, blankets, wood stoves, roofs for their roofless homes, medicaments and medical care, and hope.

The staff of Invest in Albania and Manoolia are happy to give their annual contribution by providing food, toys, clothes, and financial support for two families struggling to afford food and meet basic needs such as adequate housing in Vora area.
Due to ethical considerations, the faces of kids and other family members are blurred out

Mirela and her daughters

The average turkey price during the end of year festivities is about Lek 4,000. Mirela, a mother of three girls, is a strong woman that during the heatwave of the last summer dug over 50 olive tree planting holes during a period of ten days. The average size of a planting hole is 1 to 1.20 meters deep and 2×2 meters wide. Mirela was paid Lek 300 or Euro 2,2 per every hole she dug. The payment she got from her hard work was Lek 15,000. Thus, spending Lek 4,000 for a turkey is a luxury for her. Despite her financial conditions, she is strong enough to protect herself and her three daughters from an abusing and irresponsible husband. She has no support either from her husband’s family or from her own family. She lives in a house that used to be a former military unit facility and practically she’s a step up from street homelessness. Her eldest daughters make doilies and sell them, while the youngest one loves to drink a simple syrup made of water and sugar. The house is humid and dark and one of the girls suffers from asthma. 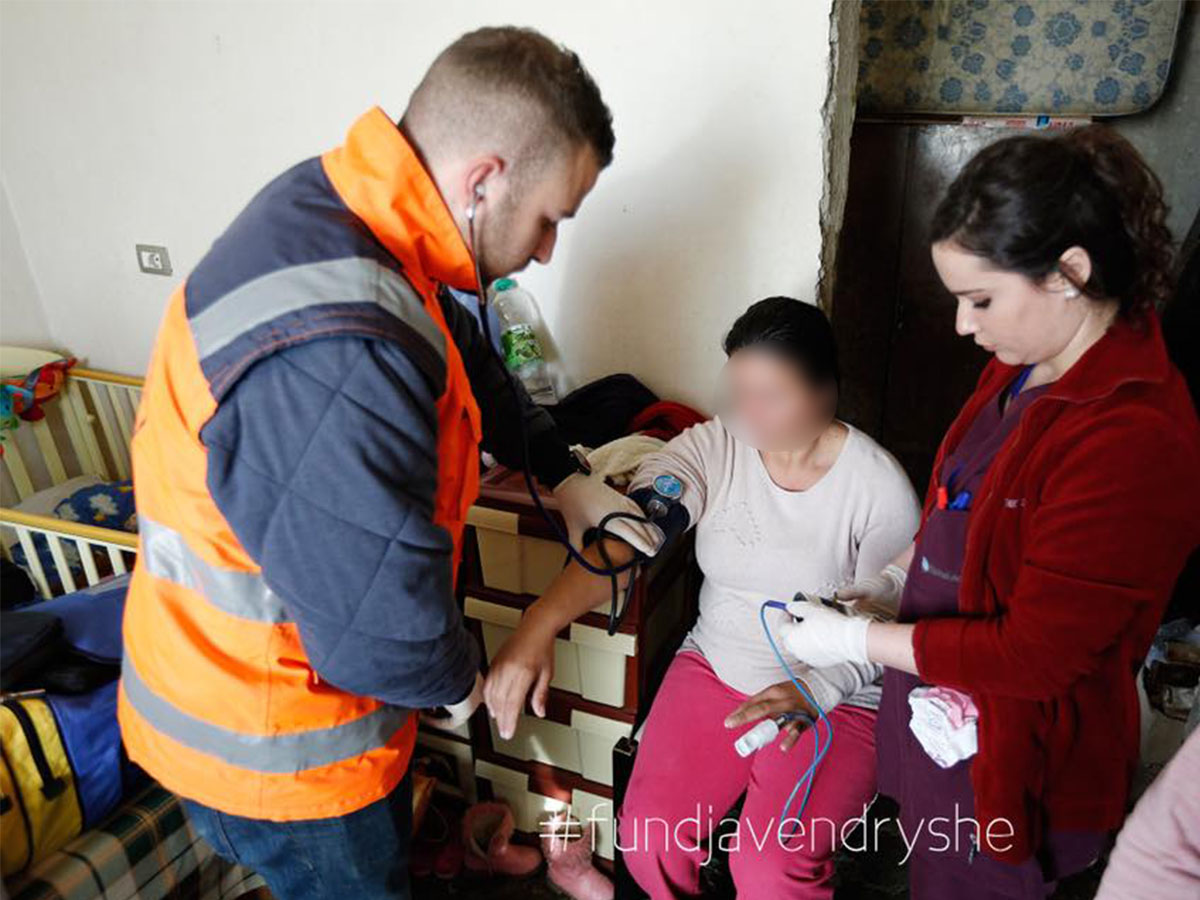 Mirela and her daughters received food for two months, clothes, and toys, while a group of doctors and nurses from a private hospital had them examined.

The house at the top of the hill

The house on the top of the hill was on the other side of Tirana-Durres highway, at Lagje e Re area. It was a short air distance from the main road, but in order to get to the top, a 4×4 truck and a skilled driver was needed because of the muddy road. The house had a provisory roof that provided shelter for a family of five. A sick woman and her husband, their sick daughter and her two children, a boy and a girl. They had no electric power supply. The house was connected to the main grid during the electoral campaign, but they had their energy disconnected right after the elections. Their only source of income was an amount of Lek 6,300 from welfare. 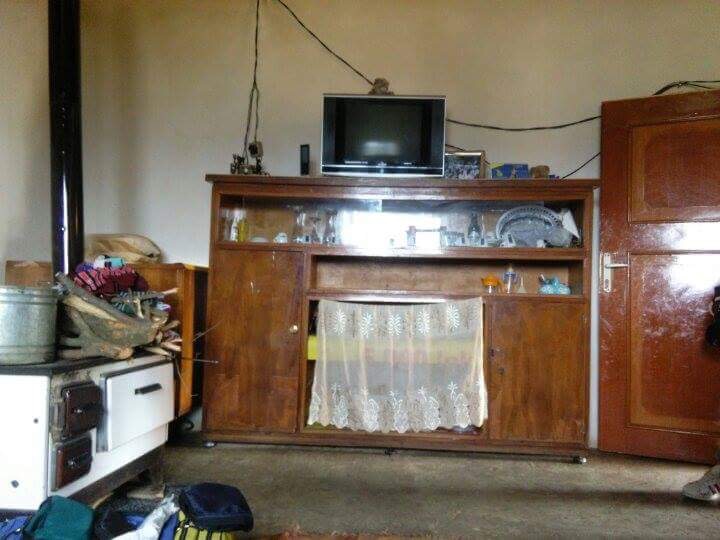 The main need of this family was a proper roof for the house and medical care for the woman and her daughter. They also received the same amount of food, a lot of toys and clothes for the little ones. They also were examined by the group of doctors who guaranteed all the medical support the family will need. 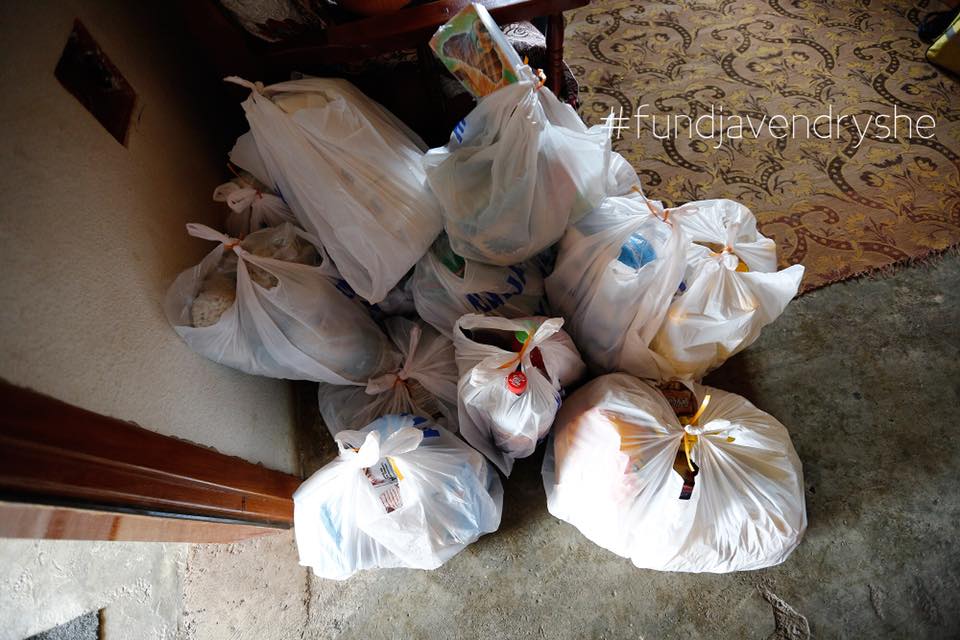 Doing all this was easy and simple. It took a phone call to a nonprofit organization, who had everything ready for us. There are numerous organizations that help people in need. Here are just a few of them: Fundjave Ndryshe, Dhuro Dashuri, Food Bank Albania, Down Syndrome Albania, etc. You can donate to an orphanage, and/or to several initiatives organized by churches and mosques.

Choose your cause and give your contribution. Poverty is a result of several factors, and no one can pretend to get somebody out of poverty only with donations. Give what you can by choosing an amount that would neither damage the quality of your life nor make you rich. The sure thing about giving is that everybody feels good.

Do you know about the 17SDGs?

There are coffeehouse chains in Albania, mostly in Tirana, where you get a happy ticket along with your coffee. Instead of ‘Love is in the air’ or ‘Get ready for vacations’ your ticket says‘1 No Poverty’, ‘2 Zero Hunger’, ‘3 Good health and well-being’, ‘4 Quality Education’, ‘5 Gender Equality’, etc. This is a sensitizing campaign launched by United Nations Albania on raising awareness on 17sustainable development goals for transforming our world. The purpose of this initiative in Albania is to make people aware on their important role that they have for achieving each of the 17 goals. We need to work together in order to achieve the 2030 agenda.