I believe in the ideas people have. If you have your own original ideas, that will lead you to success. 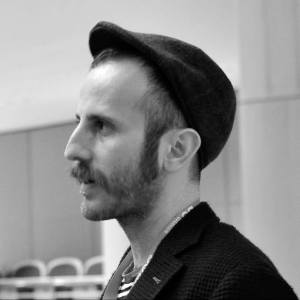 In the heart of Europe, lies a small country with a vibrant and vital youth trying to embrace new cultures and soak into them, driven by the emotion that the new and the alternative cause. At times when the new media field is an exciting new opportunity to explore new career paths through creating, this small place is struggling to become part of the hub, to create its own local market and to be known in this field outside its borders.

This interview is about Albania, its current development stage in the design field, in marketing and advertising; it’s about the efforts and the contribute some courageous and creative people are doing and giving in improving the advertising market in the country.

One of the most prominent contributors and talented creatives which has become since almost four years part of this change is Renato Tata, successful copywriter, designer and winner of many international prices in the design field.

Renato is the organizer and the host of the annual “Design Overview in Tirana” annual conference, the only conference held regarding design and the biggest event organized in Albania about new media and advertising. Being such an important event in the respective field, we had the idea to interview him and were delighted to publish his thoughts on many issues.

Holding a degree in Marketing and Advertising, his career started back 2003 in Greece when Renato became part of McCann Erickson Athens as a copywriter. This first lucky strike in his career was followed by many other significant opportunities for Renato to work in the advertising field for companies such us Cream, TBWA, Olympic DDB, Spot JWT and Ogilvy. “This experience, says Renato, taught me how to focus on the concept, on a single but important idea and how to successfully develop it in the most artistic way, always serving the brand’s purpose; to sell.”

Renato left Albania in 1992 and immigrated with his family to Greece, searching for a better life and more opportunities than Albania could offer at that time.

After 19 years of being disconnected with his homeland, Renato returns to Albania after accepting a job offer in 2011. “It was Spot Communication, which later became Spot JWT, that offered me a job in Albania as a creative director and I accepted it. I came to Albania with the aim to share my experience with my colleagues and those interested in the field I work in, to improve the advertising model in the country based on the experience I had by working in Greece.”

Does Albania have a market of copywriters and designers?

You cannot answer with a yes or a no to this question. When I started working as a copywriter in Greece in 2003, there were no schools where you could teach this as a profession and the only way to become a copywriter was by being oriented and taught by someone else, who was doing this job at the moment; regarding design, it was easier once there were a lot of high level design schools. It takes a lot of time for a country to create its own job market, especially when it comes to new professions such as designer and copywriter. In Albania there are a lot of people who have wide knowledge of the Albanian language and have started working in this field, and I think things have changed for better compared to four years ago when I moved to Albania. It will take time to establish a market for design and copywriting in Albania. As for the design and advertising fields, the annual organization of the “Design Overview in Tirana” conference is helping a lot in the creation of the local market.

As we have written about it several months ago, DOiT is an annual conference of successful Albanian and non-Albanian designers and advertising experts which share their works and their experiences with the audience, and takes place in the capital of Albania, Tirana.

In the official site Design Overview in Tirana is described as “an event / unique source of exclusive projects, sharp commentary, insights and top design, which will report every aspect of the design, uncover the big stories behind design industry and showcase the best works. In a few words, Design Overview in Tirana is the depth of experience from the best local professionals and beyond, in the international level.” 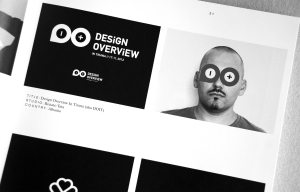 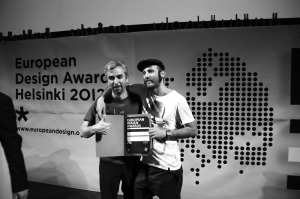 How did DOiT started?

DOiT started very spontaneously by my personal initiative, during a late night conversation at office with a friend. In fact I was complaining, and “The best way to complain, is to make things!” as James Murphy told. The idea of the conference has derived by the expression “Let’s do it”, reflecting the need and our desire to change the market of design and advertising in Albania. The conference held in November 2014 its third annual edition and has an international character, since the speakers and the attendants are Albanian and foreigners. Now DOiT has the support of many volunteers, designers, tech enthusiasts and the majority of advertising agencies here in Albania. Furthermore, since 2014, is under the endorsement of the European Design Festival. 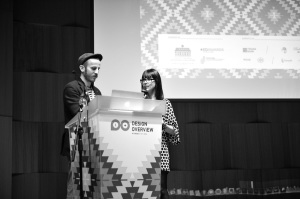 Which was the main difficulty in creating such an innovative platform?

The main difficulty was the lack of knowledge and information regarding the design and advertising field in Albania. During the first conference, we had to explain the concept of a conference about design, new media and advertising are. In the second edition we still were explaining, but half of the audience was already aware of what design and new media are. The third edition was a true success, since our tickets sold out in the first four days after the announcement of the conference. We no longer were explaining what DOiT is because all the attendants knew it, where related to the field and passionate to have more information about.  The conference is an opportunity to hear and exchange experiences with Albanian or international designers and new media experts. 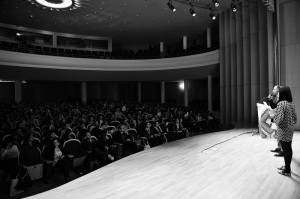 Which are the goals DOiT attends to achieve in Albania?

My vision is to create a strong creative community and to educate / inspire / motivate / feed the creativity in Albania. Of course, higher goal of DOiT is to open a path, to lead by bringing the worldwide level to the local market. Being an established annual event, it helps businesses in Albania to grow through a more effective visual communication.

In Albania does not yet exists a consolidated market in this field and DOiT is trying to fill this gap by creating a community, educating it and preparing professional designers for the future, in order to have qualitative products in the market.

I came to Albania with a clear vision, to change the creative field in the country and to enhance the development of it. Representing Albania in European and international competitions, in most of them as the first Albanian Copywriter – Designer has been a privilege for me. Another manner I have and am contributing in this aspect is by organizing and hosting the DOiT, supported by many Albanian designers and tech enthusiasts who want to improve the market of design, advertising and new media in the country. 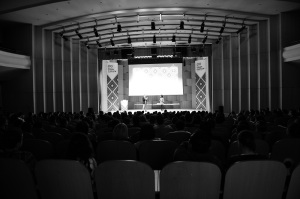 Do Albanian young designers have ideas or the market is lacking bright ideas?

You cannot judge the young designers and advertising experts because the market is in its first stages, is being developed and increasing continually and young adults of this field are not well trained yet. This comes as a lack of a design or advertising school which would further improve the market and increase the quality of works.

How do you see the tendency of startups and entrepreneurship at Albanian young adults? Should youth be focused in opening startups in the design, marketing and advertising fields?

A creative person should focus in creating a product, a brand, a campaign. Instead, people who are prone to leading, business administration or doing business can open their own companies and hire these creative people. This would be the perfect match in my opinion. It’s not possible for everyone to think of doing business or opening a business so people should focus in what they do best and develop further their skills in the respective field. If you are a creative, developer, or designer and start your own company, you will not have enough time to work on creating, since you’ll have to deal with paying the bills. One cannot be good in everything, but must focus in one specific field or skill and improve it further.

Another problem of creating startups in the new media field is that many of successful startup ideas which are being implemented abroad may not work in Albania, since the local market differs a lot from any other market; in some points, it’s not ready.

Counting dozens of important achievements in the creative field, – the European Design Awards, Greek Advertising Awards, Greek Design Awards, and the honor of representing the country he was raised at Cannes Young Lions International Advertising Competition 2009 – Renato does not consider himself successful. “I don’t see myself as successful, replies he when the word ‘successful Albanian’ is mentioned during the interview. I don’t feel completed after completing another project. There is an expression that says: ‘You are as good as your last project’, which means than one must improve its skills continually, you must overcome yourself.”

Currently Renato Tata is Head Creative Director at Ogilvy & Mather Albania, part of one of the largest marketing communications networks in the world. This year he will sit in the chair of the President of Jury of Greek Design Awards, which will be held on April 2nd and will take place in Onassis Culture Center in Athens.