When we aksed Mr. Smith do have an interview for Invest in Albania website he accepted without a doubt. This was respectively an excellent opportunity for us to hear David speak about Crown Agents’ activity in the country, but also an opportunity for the representative of the British company to Albania to say his words about the work and efforts of Crown Agents in their joint cooperation with the Albanian Costums.

The interview was conducted in a very special Sunday, during the first ever Cricket match in the country, played by the Crown Agents’ employees and Albanian players, supported by Crown Agents company.

When did Crown Agents start its activity in Albania and how is it going so far?

We’ve been here since 15 months; we signed a contract with the Albanian government in December 2013 and started working on February of 2014. We’ve got a team of 15 international tax advisors working here, most of which are working on the front line of customs, at border points, ports and airports and in land were customs goods are cleared, and also traders’ premises were goods are cleared and stored. The aim of operations is to identify both fraud and bad practice maladministration by Customs and poor compliance by traders and Customs’ brokers. 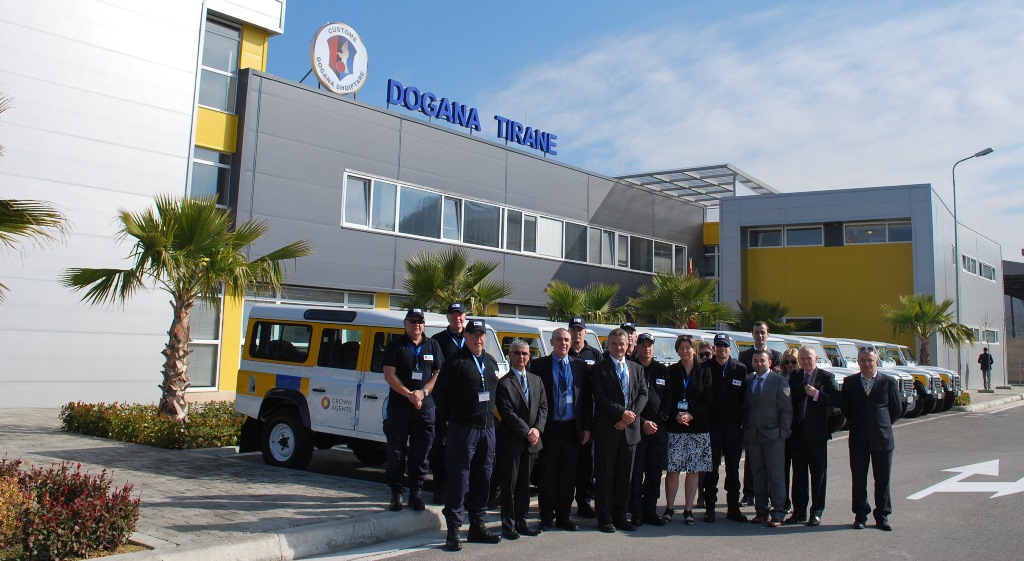 Since we started our operations we’ve identified 2500 errors, some of them are frauds and some are minor, administrative errors. We estimate that we’ve identified about 30 million Euros in additional revenue which should be collected as a result of those detections. Not all of that has been collected, but only identified.

Partly, because some of the system’s procedures were not being properly followed when we arrived.

When we face difficulties, every case is reported back to the headquarters and our officials make daily reports of everything they have done, the vehicles they have inspected, the detections identified and when a process verbal is issued. We also have a team member who goes around the country checking to see if what we’ve identified is being properly applied. Now it is much better the level of cooperation and compliance. In the last three months we’ve identified about 2 million euro per month additional revenue to the state which is being collected. In May last year we had a very big seizure which was energy drinks and our figure of May last year was higher than other months of last year.

Did you meet the goals set in the beginning of your activity in Albania?

In the first year we had 21 targets and so far we’ve met 20 of them. We didn’t achieve the target of the annual level of revenue collection, a disappointment that we shared with the Ministry of Finances and jointly with Customs we are looking were we can improve things. It is not a 100% success story; it is a good success story.

Did you make any public statement in regard to the Ministry of Finances’ declarations about not meeting the goal of annual level of revenue collection?

No, we have not made any public statement. The Ministry stated that the programme had not delivered on the revenue target set by the Ministry itself and we shared that disappointment but there are many reasons that the goal could not be achieved.

There were changes in the fiscal package, some of which had positive effects on revenue collection and some negative impact. Partly is also the process by which the revenue target was set. 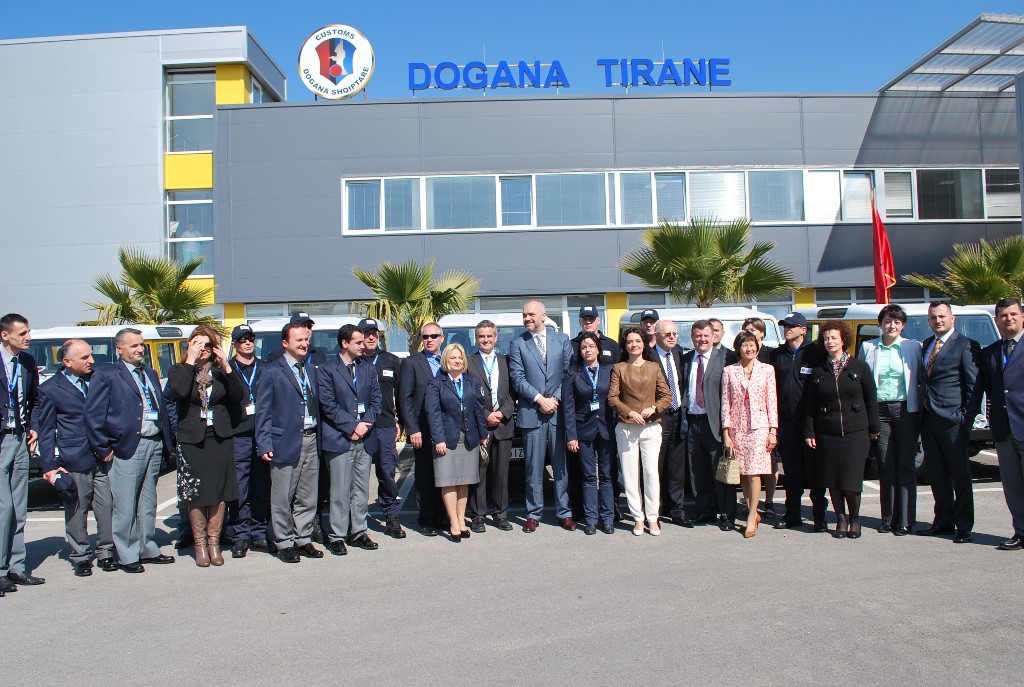 Do you think your programme was proper for Albania?

Yes, in principal. Of course, we have learned lessons in year one in terms of how it could be done better and we have made adjustments in our team. We spent a lot of time doing a risk assessment in order to identify where the high-risk areas where and ever since then we review those risks every month, sometimes every day to identify the areas where we can have the biggest impact on collecting revenues.

How is “Do fair business” campaign performing?

The excise alcohol campaign is one of our joint initiatives with the Customs, and our first step was to explain to businesses what their obligations are. It is going very well since the level of excise collection is 16% above the target for this year.

Is the government being collaborative to you?

Yes, very collaborative. Sometimes there has been a weakness in terms of being able to deliver on what they are trying to do.

Your activity in Albania can also be considered as a “change of mentality” of businesses in regard to their relations to the Customs. Which are the main difficulties that you’ve faced in this aspect?

It is a very fair point. We all are trying to change the way people do business but we don’t have a magic wand which can solve all the problems and there is no way you can change a business culture in a matter of months or even in short years but what you can do is improve the systems of control, reduce the informality.

At the moment we are implementing a very long and detailed system on integrity test. An activity which will test the integrity of a system, a person or a team or of a location if there is a risk of corruption.

Which are the best practices of the Albanian Customs that you noticed when your activity started?

The first two good things is the Customs Code which I consider a good piece of legislation. The second is the main processing IT system which is reliable. In regard to people there are some very energetic and professional people working in the Albanian Customs. There has been a rapid change of the staff in border points in the last years. Things are getting better in terms of consistency, application, controls and taxes payable as well as the information that businesses need to have to be compliant is getting better. 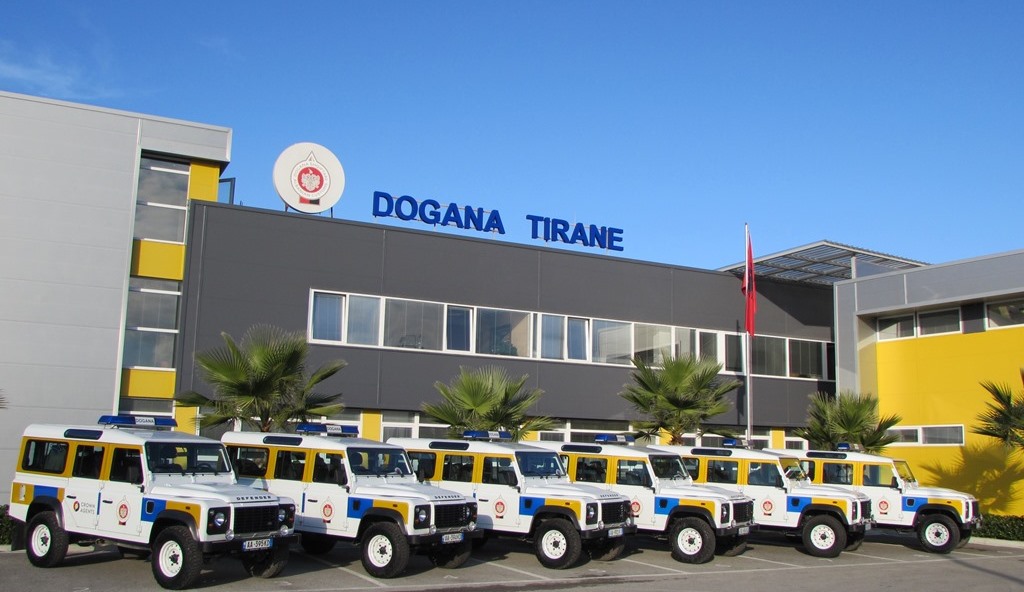 How has been your life here in Albania?

I’ve been visiting Albania in the last 19 years but visiting is different from living here so the life here is pretty good. I visited the country for the first time in 1995 and in the same year I was visiting many Balkan countries in the same year since I became part of a regional project. I visited countries like Macedonia, Montenegro, Hungary, Bulgaria, ect., and at that stage the quality of infrastructure, road, and electricity systems was lower than in other countries. But, within a period of 15 years Albania has made a greater progress than any other countries. It is important that people don’t forget how far Albania has come in the last 15-20 years.

I am very happy to live here with my family because the quality of life is good, the people are incredibly friendly in general terms, the scenery is beautiful and the coast is near so we are very happy to be here.

Is Albania the right place to invest?

A good investor looks at a place where they will get a good return, they don’t necessary look at the safest thing because as an investor you have to take some risk.  I think that if investors come to Albania to invest, the return would be very significant for them.