On October 7th, the Foreign Investors Association of Albania presented “Business Climate 2015” report in which are highlighted the most concerning and current issues foreign investors encounter while doing business in Albania.

The report was conducted during the first semiannual of 2015 and is a compilation of interviews with 94 foreign owned corporations that currently operate in Albania and displays a survey about the issues these companies are currently facing in doing business in Albania. According to the survey, the Trust Index of these companies has decreased by 3%, in annual terms.

At the presentation ceremony attended by known foreign investors, the Minister of Economic Development Arben Ahmetaj and economy experts, the FIAA president Silvio Pedrazzi (CEO Intensa San Paola Bank) spoke regarding some issues the economy of Albania is currently facing. According to Pedrazzi, the informality is a concern which must be fought systematically by avoiding arbitrary behaviors towards businesses. 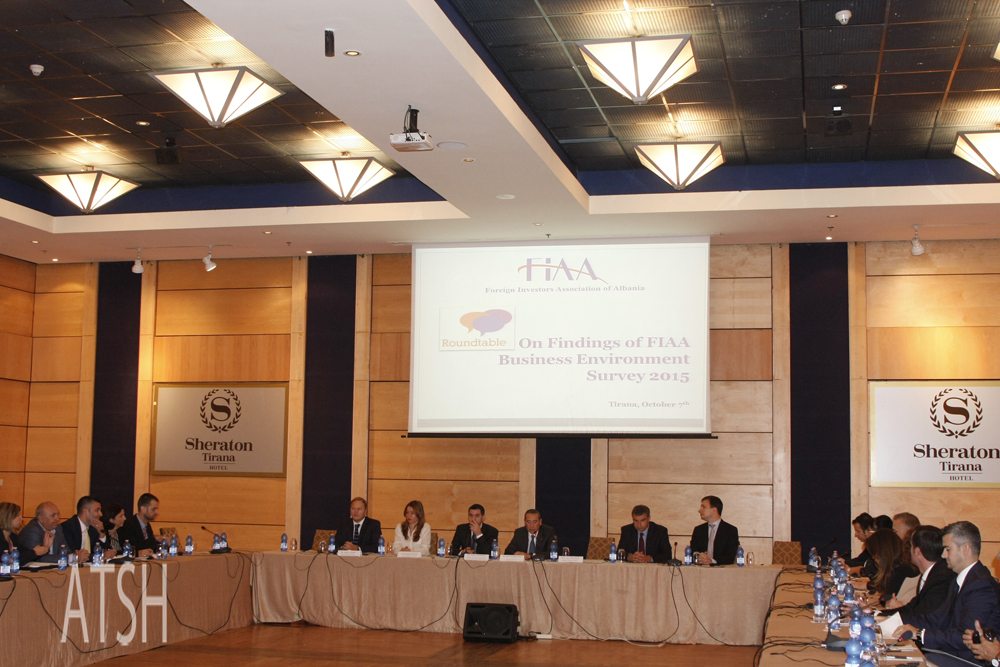 In turn, the Minister of Economic Development declared that the fight against the informality has been a repeated request by foreign investors and that the last changes made in “For Tax Procedures” law aim to decrease the abusive cases of the tax administration.

Through “Business Climate 2015” survey, the Foreign Investors Association of Albania aimed to collect and present the opinions and reactions of foreign owned companies regarding the business climate in Albania. The meeting was headed by Silvio Pedrazzi, President of the FIAA and Marinela Jazoj, FIAA’s Executive Director. The FIAA is the most important organization of foreign investors in Albania that operates since 2000 and has circa 100 members which are well known foreign investments in the country.