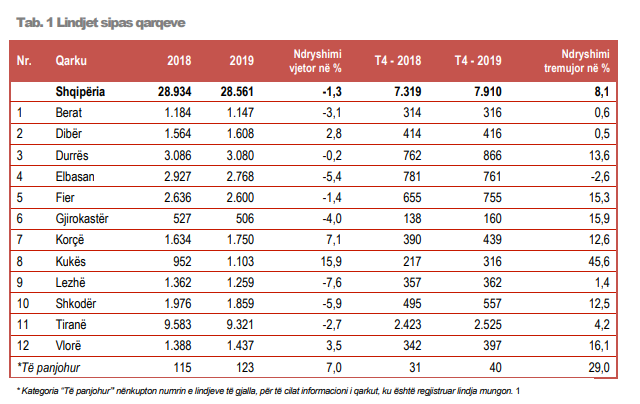 Moreover, the data show that the region with the highest and lowest number of births in 2019 was respectively Tirana and Gjirokastra. Meanwhile, Kuksi was the region with the highest growth in birth percentage compared to 2018.
With the exception of Kosovo, it seems that most countries of the Balkans and beyond are going through a demographic crisis.

How to Get Albanian Residence Permit through Real Estate Purchase

TIRANA, February 19 Numerous international citizens ask if it’s true that they can obtain an Albanian residence permit through real...

TIRANA, February 19 This weekend, 20-21-22 February, go experience the beautiful Shkodra carnival, one of the biggest winter festivals in...

TIRANA, February 18 If you’re a women entrepreneur in Albania and you developed or brought to market an outstanding innovation,...