The communist past of Albania is attracting tourists. Besides the former political prisons, visitors are showing interest in the Albanian bunkers. They are considered marketable heritage resources. Once built for the purpose of facing any possible foreign attack and also to keep Albanians busy with work, they are considered a symbol of the country.
Canadian travel writer Dave Hazzan wrote a long article on the history of bunkers in Albania and how local people are turning them into a source of income.
His article was published by ‘Roads & Kingdoms’. During his stay in Albania, Hazzan visited numerous bunkers and also met with people that use them. They said that they started to use the structures for business purposes.
“35 years after the last bunker was built, Albanians are coming up with all sorts of ingenious ways to turn concrete lemons into lucrative lemonade,” Hazzan wrote. 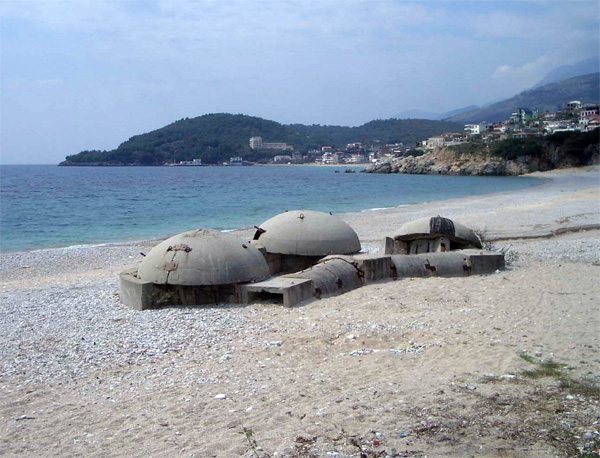 Among others, he highlights that the small country with a population of 2.8 million has up to 750,000 bunkers, but exact data were lost or destroyed. The bunkers are found from the north to the south and can be found everyplace both in mountains and in beaches.
“Some bunkers are little steel pillboxes, with just enough room for a man and a machine gun. Others are enormous underground complexes, the size of villages, designed to protect the entire Albanian government from the nuclear attack they thought was imminent,” he added.
After the fall of the communist regime, some of the bunkers were used for different purposes. Hazzan mentions the case of 1,800 Kosovan refugees that were sheltered in big bunkers in Ndroq area near Tirana. The owner of the land where the bunkers are located says that he wants to turn them into a hospital. 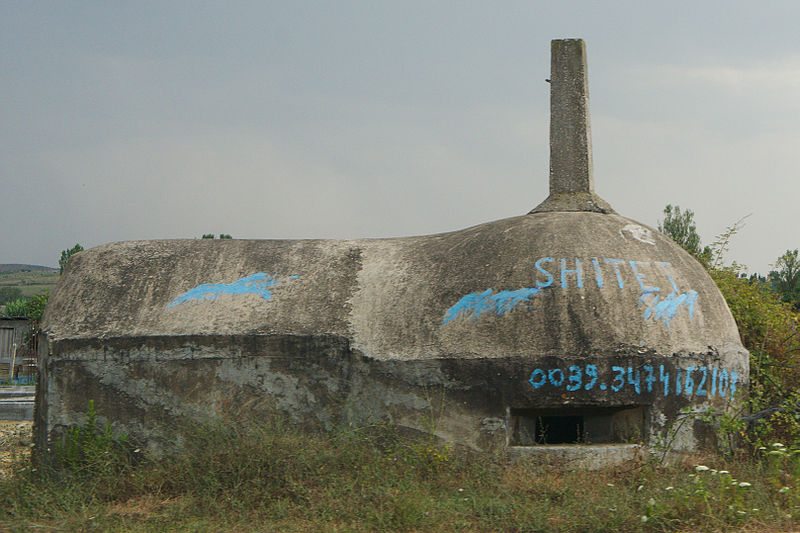 Bunker for sale
In the meantime, bunkers in the coast of the Adriatic Sea are used as restaurants, pizzeria, bars, clubs, etc.
However, he highlights that not all investments in bunkers were made for personal profit. Hazzan refers to Bunk’Art project.
“Bunk’Art is a non-profit project that aims to convert bunkers into museums and art spaces. They have so far converted two of Albania’s most enormous bunkers,” he says about Bunk’Art 1 and Bunk’Art 2. The first is a former nuclear bunker near Dajti Mountain while the second is located in the downtown area in the square between the National Theatre and the Ministry of Interior.
The bunkers are a property of the Ministry of Defense, but most of them were built on land that is now private. The owners don’t like that bunkers get demolished as they are part of Albania’s history. Therefore, they think for any alternative use.