The Monastery of 40 Saints is itself an oasis of legends and the most important historic monument in Saranda city. The locals have inherited from generation to generation the stories told by their ancestors about the occurrences in the Monastery and the origin of its name. 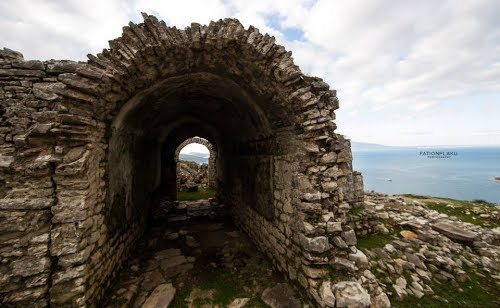 The most famous legend says that the ancient Christian church, now an abandoned monument was built was built in the VI-th century and used to serve as a place for pilgrimage for attracting Christian believers of the Balkan. The legend says that in the church were jailed 40 Christian soldiers, part of the Legio XII Fulminata Roman army. 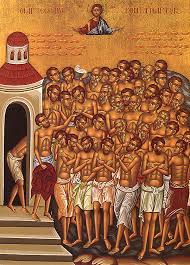 The soldiers were asked to change the religion and when they did not accept, they were left to freeze in the winter cold. According to the legend, the soldiers were tortured and forced to stay naked in winter temperatures. The legend also says that 30 of the soldiers were saints and 10 of them demons.

The Monastery walls have mural paintings of byzantine disciples and one of the paintings is thought to be one of the oldest byzantine wall paintings in Albania.  It is believed that the church was functional until the XIX-th century.

The Monastery was kept in good conditions until the 1944 when it was bombed by the British soldiers which thought that the building served as a hiding place for a German garrison. Monastery of 40 Saints is located in the hill in front of the Castle of Lekuresi, about 4km away from the city of Saranda.