The first Gender Equality Index in Albania gives the country a 60.7 point, or seven points below the European Union (EU) average, 67.4 in 2017. The index, which is an instrument of the European Institute for Gender and Equality, captures gender gaps in six different domains, plus two additional domains and a total of 31 indicators. All the findings were published on Tuesday by the Institute of Statistics (INSTAT) and Euro Gender.

🇦🇱 Albania has published its first #GenderEquality Index! With a score of 60.4 points out of 100, the country is only slightly below the EU average.
➡️More interesting facts here – https://t.co/cMITQxQsix#EIGEIndex pic.twitter.com/RlQ9L1hKpM

“Now that Albania has its own Gender-Equality Index, it will be able to monitor progress. With a detailed analysis of remaining gender equality challenges, politicians can use the Index as a strategic guide to plan policy measures,” said Virginija Langbakk, Director of European Institute for Gender Equality (EIGE), in the opening of the event.

In general, the Gender Quality Index is integral to effective policymaking in the EU. It discloses both progress and obstructions.
In the domain of power, Albania has scored higher than the majority of EU Member States, primarily due to the higher participation of women public servants.

Albania is placed between North Macedonia and Portugal and is ahead of Estonia, Latvia, Bulgaria, Cyprus, Serbia, the Czech Rep, Croatia, Lithuania, Poland, Romania, Slovakia, Hungary and Greece and following Malta, Italy, Austria and, Germany.
Based on the result Albania got the following results for each of the domains.

Health has the highest score of 81.8 percent, yet below the EU average 88.1 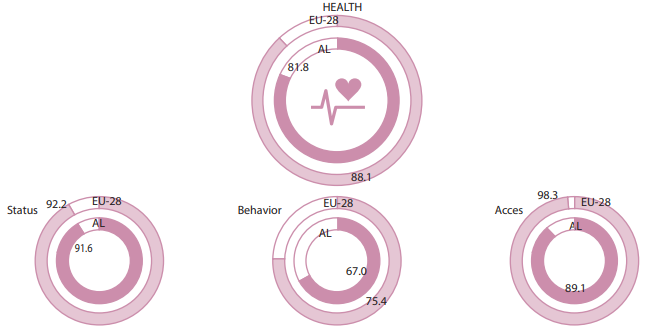 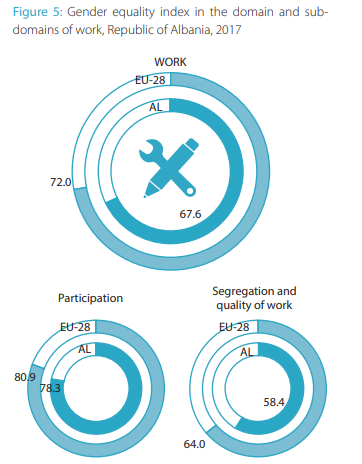 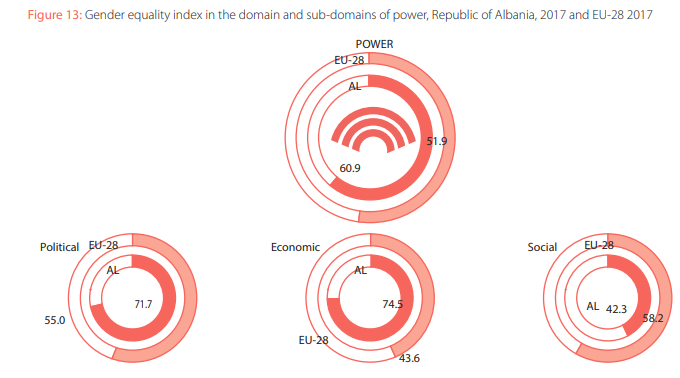 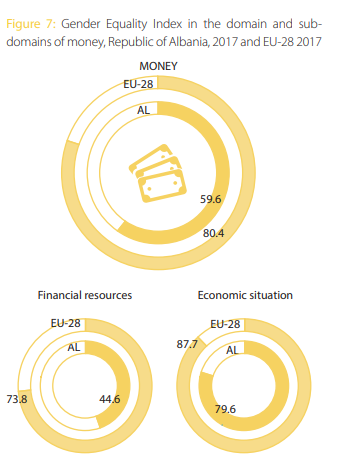 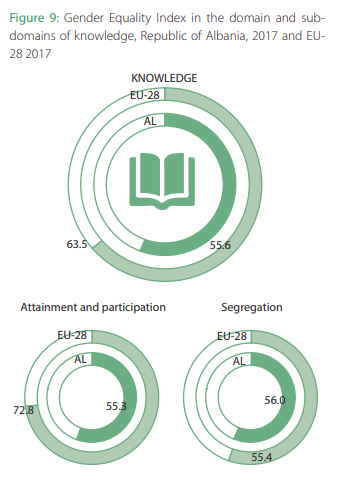 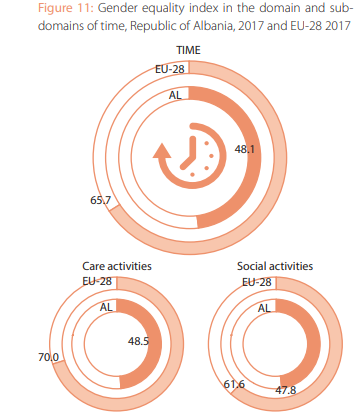 TIRANA, February 19 This weekend, 20-21-22 February, go experience the beautiful Shkodra carnival, one of the biggest winter festivals in...

TIRANA, February 18 If you’re a women entrepreneur in Albania and you developed or brought to market an outstanding innovation,...

TIRANA, February 18 The new country strategy on Albania 2020-2025 adopted by the European Bank for Reconstruction and Development (EBRD)...