Albania’s ranking in the Global Competitiveness Index, which is annually issued by the World Economic Forum, improved with 13 positions. Based on the data of latest report for 2016-2017 Albania ranks 80th in a list of 138 countries. Meanwhile, one year ago it was ranked in 93rd position. 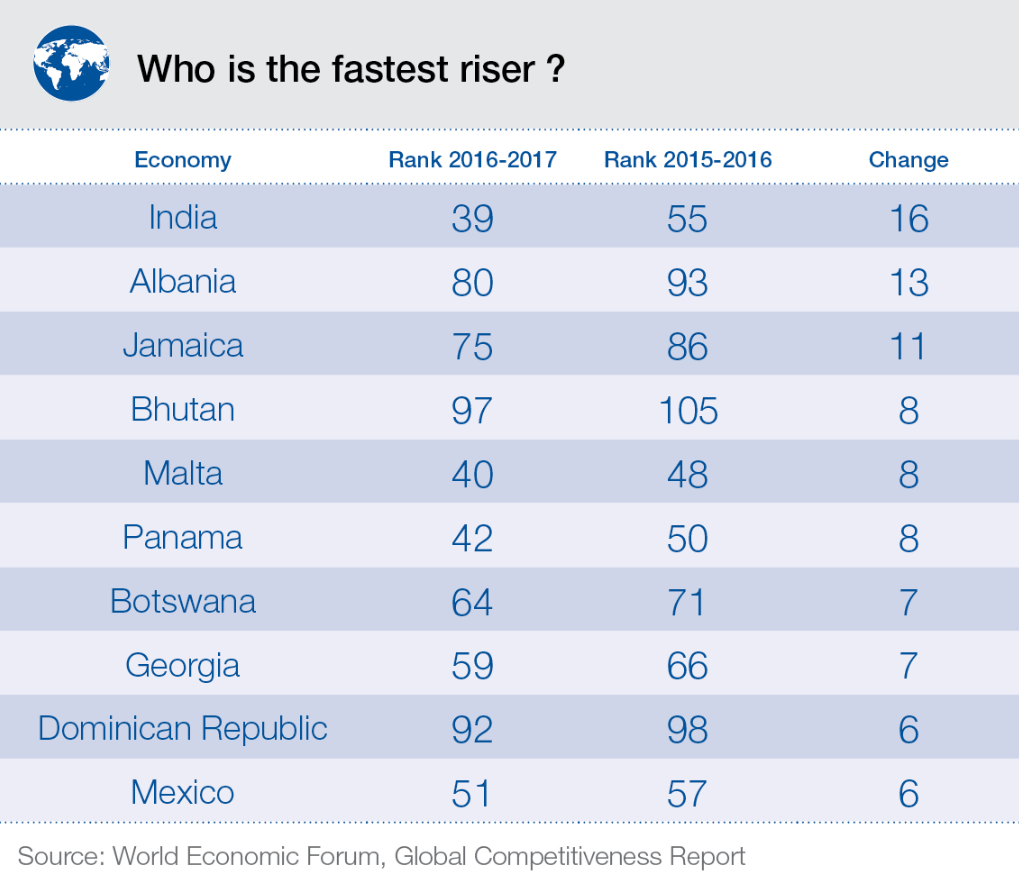 Compared to the other countries of the region, Albania has a favourable position as it ranks above Greece, Montenegro, Serbia, and Bosnia and Herzegovina. During the last two years, Albania jumped with 17 positions in the above-mentioned list concerning competitiveness.
However, Albania ranks in the 120th position in the subindex on property rights and compared to the countries of the region it is positioned above Serbia and Bosnia and Herzegovina.
The ranking is based on the evaluation of 12 important parameters such as infrastructure, institutions, market size, and business sophistication. Meanwhile, Switzerland, Singapore and the US were ranked at the top three positions.