According to the press release, the reached agreement will provide facilities for both countries’ diplomatic bodies in maintaining and improving the political relations and enhance cooperation in fields of mutual interest. The “Agreement for the abolishment of visas for diplomatic and service passports” will also provide facilities for businesses and will create new communication and cooperation opportunities.

Albania and India have had good relations although the economic cooperation between the two countries is under the potential.  The agreement was signed by the Deputy Minister of Foreign Affairs Halim Hyseni and the Indian Ambassador to Albania Riva Ganguly Das. 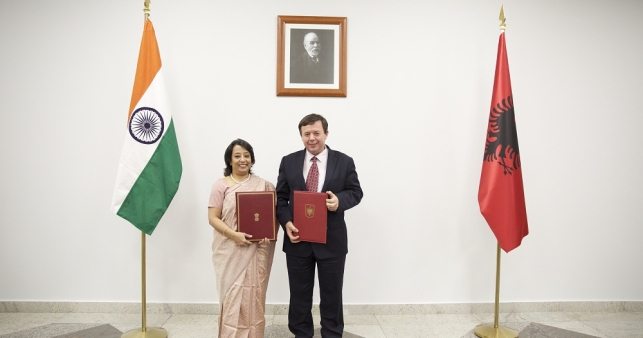 Albanian Minsiter of Energy and Industry, Damian Gjiknuri, held an official visit in India with the aim to enhance economic...