Agro tourism in Albania has developed in last years with the continuous increase of foreign tourists in rural or remote village areas. Farmers have started cultivating various of crops and breed different species of animals in order to make their living areas more attractive to foreigners. This goes along with the completion of objectives for a rapid growth of rural economy by intertwining the development of agriculture and tourism. 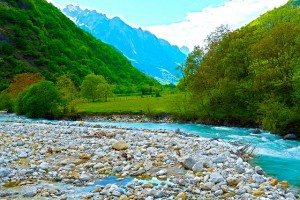 In recent years, has been noticed a revival of the old Albanian tradition in the cultivation of crops, and this is a very attractive aspect of rural areas. There rural areas have become interesting points of exploration by foreigners which find them pristine and can see the old tradition living style of locals shown in many aspects. Their houses are still the old ones from the last century and their food menu differs from the cities restaurants. Being so, agro tourism is a promising way to attract tourism and increase locals’ revenues at the same time. Foreigners (or even Albanians) are very interested in learning about the ethno cultural and agro cultural aspects of rural areas in Albania which still convey the ancient original lifestyle of old Albanians.

Experts agree that agro tourism is a unique form of tourism which includes the display of many cultural aspects of a country and as a touristic attraction. The aim of this form of tourism is to offer tourists the enjoyment of nature, traditional food and to get in touch with the Albanian culture. Known as a very hospitable people, Albanians living in remote or rural areas still maintain and practice the old and unique values of hospitality. When a friend or a foreigner comes into your house, he/she is more important than anyone else and is respected by all family members. 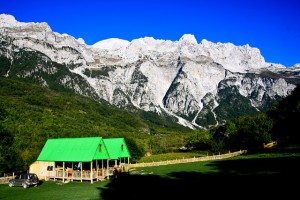 Agro tourism in Albania is a promising alternative of developing tourism in all parts of Albania and will surely help in the economic development of these areas.

TIRANA, August 9 The number of Israeli tourists that came to Albania during this summer season was tripled, in comparison...

TIRANA, July 15 The tourism on the Italian coast is seeing a big competition on the other side of the...