This is not an original article by Invest in Albania. The original article can be found here. Albania often doesn’t get the kudos it deserves. The country still suffers from the echoes of its Communist past: few people travelled in or out for decades during Enver Hoxha’s dictatorial rule, and as travel in Europe developed, Albania got left behind.

It’s now somewhat overlooked by tourists, who would rather opt for Greece’s famously pretty islands, Italy’s gorgeous countryside or the romance of Croatia. But Albania’s low visitor numbers are no reflection on its offering for travellers. Here are a few things you probably didn’t know you could do in Albania.

1.  HAVE THE BEACH TO YOURSELF

Think of Albania and you probably don’t think of the beach – but you should. The country has around 476km of coastline lapped by the warm Mediterranean sea. There are lively resort towns like Durrës in the north and Saranda in the south, but it’s the almost-untouched parts that will impress the most.

Hire a car and drive the coastal road from Durrës to Saranda stopping off in any of the remote fishing villages and towns along the way – the likelihood is, you’ll find a stretch of sand all to yourself somewhere. 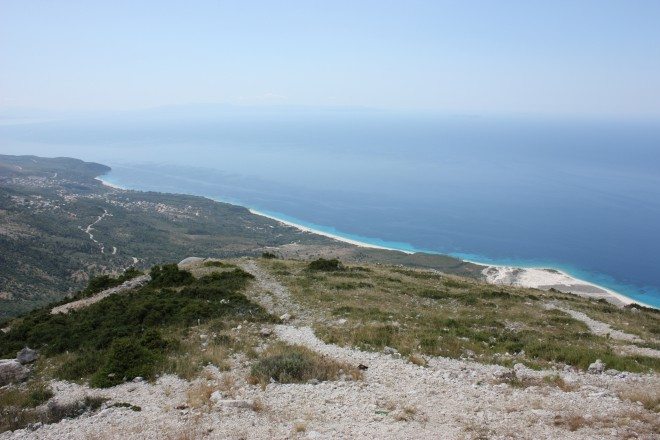 Albanian food takes its flavours from a variety influences: the Ottomans, the Greeks, the Italians… But it’s the ocean that gives the country some of its best dishes. All along that gorgeous coastline you’ll find fish and seafood fresh off the boat.

For a perfect antidote to the meaty cuisine further inland, try a shellfish pasta or risotto, or have the catch of the day grilled with the ubiquitous white cheese dip Albania does so well. 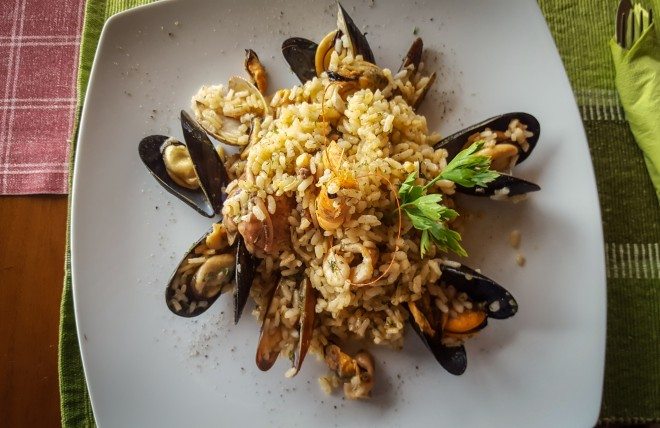 In the far north, only accessible by boat across Lake Koman or via the motorway that runs through neighbouring Kosovo, the valley of Valbona is a picture-perfect wilderness. Thanks to its remote location, tourist numbers here are pretty low, but those that do come are greatly rewarded with panoramic views of the looming mountains and superb hiking in one of the most biodiverse places in the country.

There are hikes of varying lengths for all abilities, but they’ve all got one thing in common: each offers an insight into the seriously rural lifestyle of the locals in Valbona. You’ll walk through orchards, forests and farmsteads that defy gravity on the steep slopes of the Dinaric Alps, and can stop off in one of the valley’s stans (shepherd’s huts) for lunch with a local family.

There’s ample camping and a few excellent lodges along the one road through the valley, but most of the activity centres around Hotel Rilindja, where Alfred and his American wife Catherine have been marking up trails and making their own maps for visitors for years. 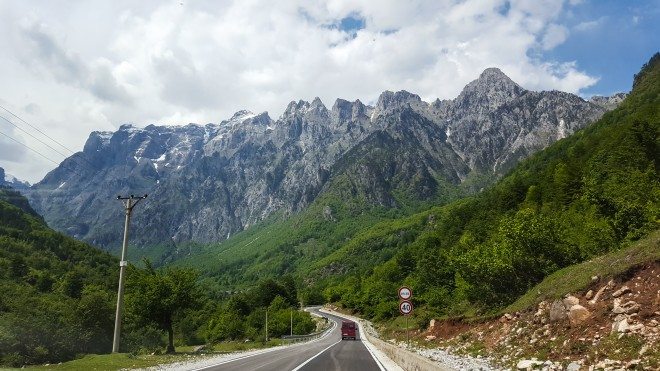 Albania is often defined by its relatively recent affair with communism: specifically the reign of Communist dictator Enver Hoxha. From 1944–85 he ruled the country with a heavy hand and was responsible for the deaths of thousands of politicians, academics and civilians who were persecuted as “enemies of the people” due to their political beliefs.

While Albania is very much moving on from some of its hardest times, small concrete bunkers all over the country serve as a reminder of that dark past, and a few larger structures remain.

Bunk’Art, in the capital Tirana, is a 106-room nuclear bunker turned museum and art gallery. Built by the military to house the dictator and his highest ranking officials in the event of an attack, today there’s a permanent exhibition on the Communist period, plus changing art exhibitions and a theatre showing films.

A similar but far more eerie bunker lies beneath the picturesque city of Gjirokastra – untouched for decades, it’s now just a damp warren of rooms suitable only for the brave. 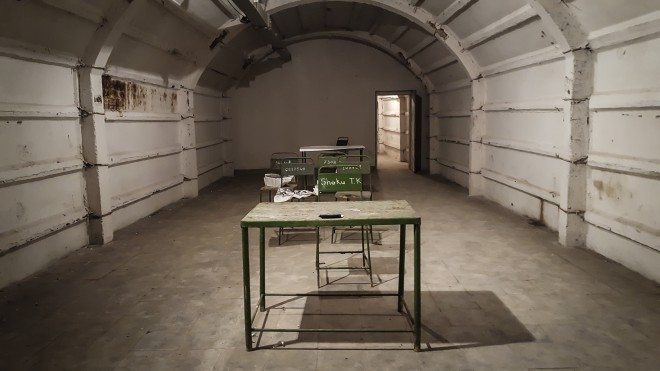 Stroll around the hilltop kalaja (citadel) in Berat after dark and you could be forgiven for thinking you’d travelled back in time. During the day, Berat’s old city is a labyrinthine network of cobbled alleyways and confused tourists in search of an Ottoman church or a pretty viewpoint.

But at night, when the visitors retreat to their hotels, this fourteenth-century town falls quiet save the few residents that still inhabit its ancient structures.

With no street-lighting, you’re left to walk around near-darkness, the warm glow of the houses your only guiding light. If it weren’t for the occasional hubbub of a television, you might think you were in medieval Albania. 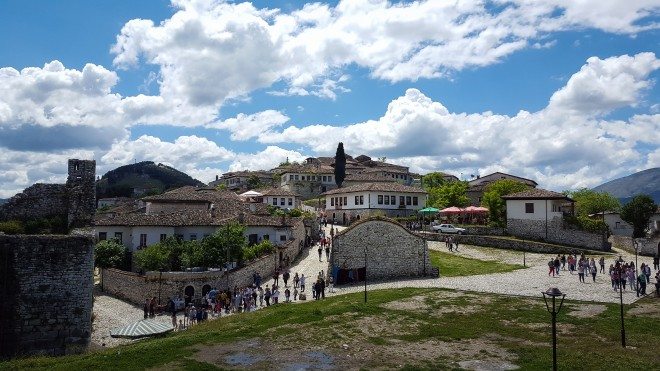 Once described as the third best wine in Europe by Ancient Roman writer Pliny, today Albanian wine doesn’t have much of a reputation – apart from that much of it can be likened to vinegar and might give you a stonking hangover.

But there are a few grapes native to Albania and its geographic elevation means the climate is just right for a spot of viticulture. Made right, the wines can be a perfect pairing for your meal.

The most common varieties are Shesh i bardhe and Shesh i zi, which are used for most traditional Albanian wines and are grown all over the country. The former is a floral white that pairs nicely with the soft cheese common in Albanian cuisine, and the latter makes for a solid accompaniment to the meaty main courses.

If you’re keen to learn (and drink) more, make a stop at the Çobo Winery, conveniently located along the main tourist route between the pretty inland towns of Gjirokaster and Berat.

The Çobo family have been making wines since the early twentieth century using only Albanian grapes. You can take a tour of the winery, have a tasting and then make off with some of their best bottles. There’s even a campsite next door if you find you can’t tear yourself away at the end of the day. 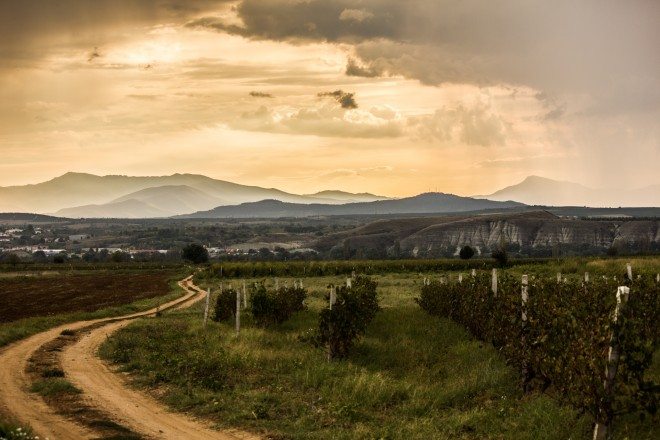 Just outside the capital, the town of Kruja is famous for being the stronghold of Albanian national hero Skanderbeg during his resistance against the Ottomans in the fifteenth century. Today, an old castle remains with a few good museums inside, but the most entertaining activity by far is bartering for goods in the old bazaar just down the hill.

While the word “antique” may be bandied about a little liberally here, there’s a whole host of oddities on offer worth an hour or two’s browsing. Old coffee pots, soldier’s helmets, musical instruments and traditional Albanian dresses make for some interesting souvenirs. 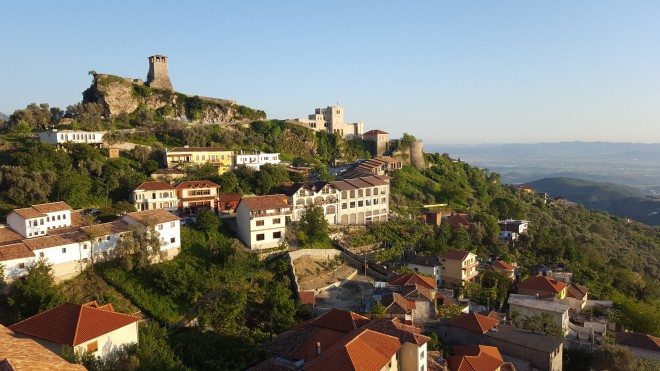