Twenty-one local festivals will take place in villages all over Albania during the upcoming summer season. Minister of Agriculture and Rural Development Niko Peleshi and the Minister of Tourism and Environment announced the list of 21 local festivals in a media event during the second edition of South Outdoor Festival-Himara 2018, organized by GIZ.
The 21 festivals were selected among 63 proposals in a competition launched in March 2018. The villages where the festivals will take place are also part of “100 Villages” initiative. The local festivals focus on the revival of old traditions and customs, on the promotion of cultural and rural tourism, local gastronomy and artisanal products. Besides the list below, there are numerous festivals organized in Albania during the year. 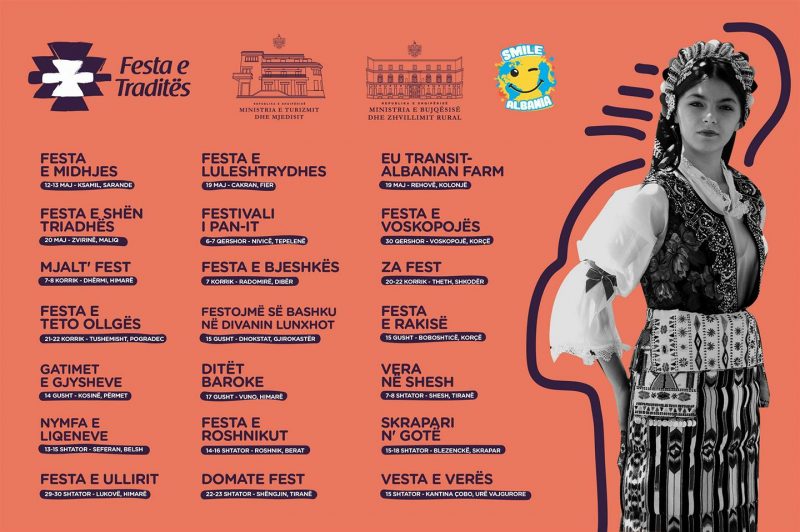