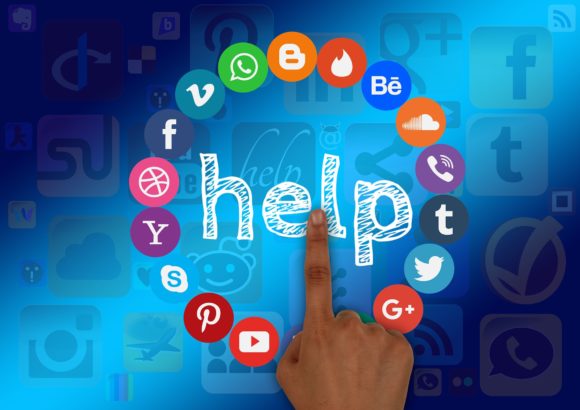 While social media is considered a great channel for customer services support, social media themselves need to manage numerous daily actions from their users.

These and much other social media consists of billions of daily actions by their users. They post images, like, or unlike posts, share, report posts, and much more. On the other hand, all the above mentioned social networks are multi-billion companies. They make huge investments in artificial intelligence when it comes to simple actions such as recognizing languages and translation. Yet, a few years ago, Facebook had to manually translate and label various 9million words) public posts.

Social media networks use algorithms to help various communities of users. Yet in many cases, they rely on real people to review reports and comments. It’s difficult for a machine to tell the difference between a hateful and a bullying statement or comment.

Therefore, in the current stage, artificial intelligence faces difficulties when it comes to detecting authentic accounts or posts that can be subject to reports. While companies are working to develop better machines, they create content review centers around the world. People working in these centers shut down fake accounts, delete comments, photos, and other content that break the rules and aren’t allowed on the platform.

Almost one year ago, journalists were allowed for the first time to visit one of Facebook’s content moderation centers in Essen, Germany. The center is run by a leading European call center. Competence Call Center is a company that runs international sites including the Balkans.
In the meantime, Albania also offers great value to companies like CCC that are looking to expanding and increasing their presence in Southeastern Europe.

These companies would boost the BPO industry in the country and leverage the skills of the workforce engaged in the sector.
Albania offers a young and well-educated multilingual workforce as well as cost-effective labor costs for all the major companies that are looking for new linguistic diversity and excellent skills.