Public Diplomacy is a practice applied from state diplomatic institutions by using various platforms and manners in promoting a country and showing the best sides of it. But this is a broader concept that cannot be defined only by the activity of state institutions in promoting a country. Public Diplomacy can be implemented by any citizen, whose good aim is the promotion of its country’s potential in various aspects.

The “state” definition of Public Diplomacy as a sub-field of diplomacy defines it as a field of policy and decision making in advancing the economic interests of the country, in boosting foreign investments and finding solutions in cases of international disputes. Nowadays, the multilateral Economic (and Public) Diplomacy as a practice is developed in the framework of World Trade Organization and other international financial and economic organizations.

On behalf of this, during this year the Albanian Ministry of Foreign Affairs has undertaken several new initiatives in enhancing the role of Economic (and Public) Diplomacy in promoting Albania to tourists and investors. Two important programs are currently being implemented by the Ministry of Foreign Affairs’ Directorate of Economic and Public Diplomacy, headed by Donika Hoxha, a PHD in History of International Relations. ‘Expo Milano 2015’ and ‘Colours of Albania’ photo competition started in early May of this year, a few days before Mrs. Hoxha sat in the chair of Economic and Public Diplomacy Directorate. The two programs have been implemented under the auspices of director Hoxha, according to which “the Ministry of Foreign Affairs attaches great importance to the development of tourism”. 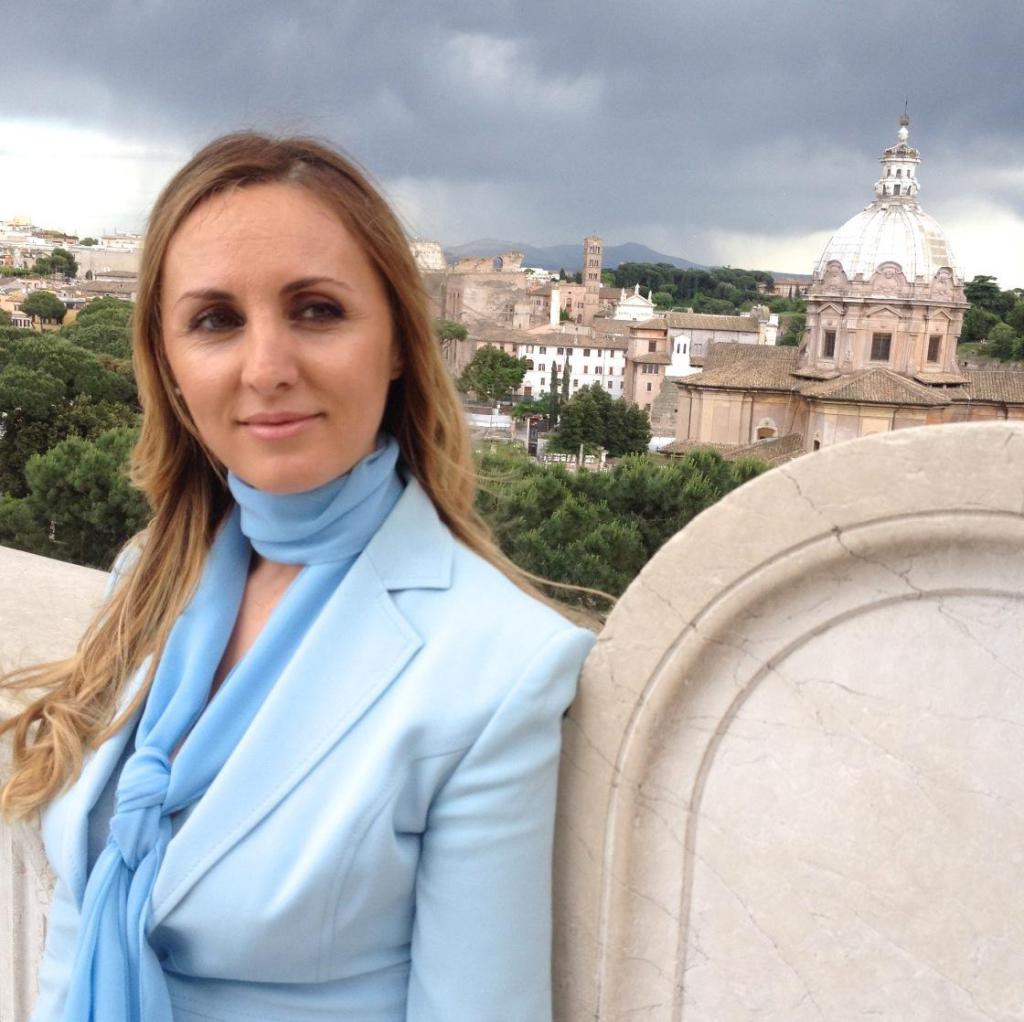 Albania’s participation in Expo Milano 2015 international exhibition was organized under the auspices of Prime Minister Edi Rama with main theme “Our Food, Our Story, Our Mystery”. The participation of Albania in this important event aims to boost foreign investments in the country. 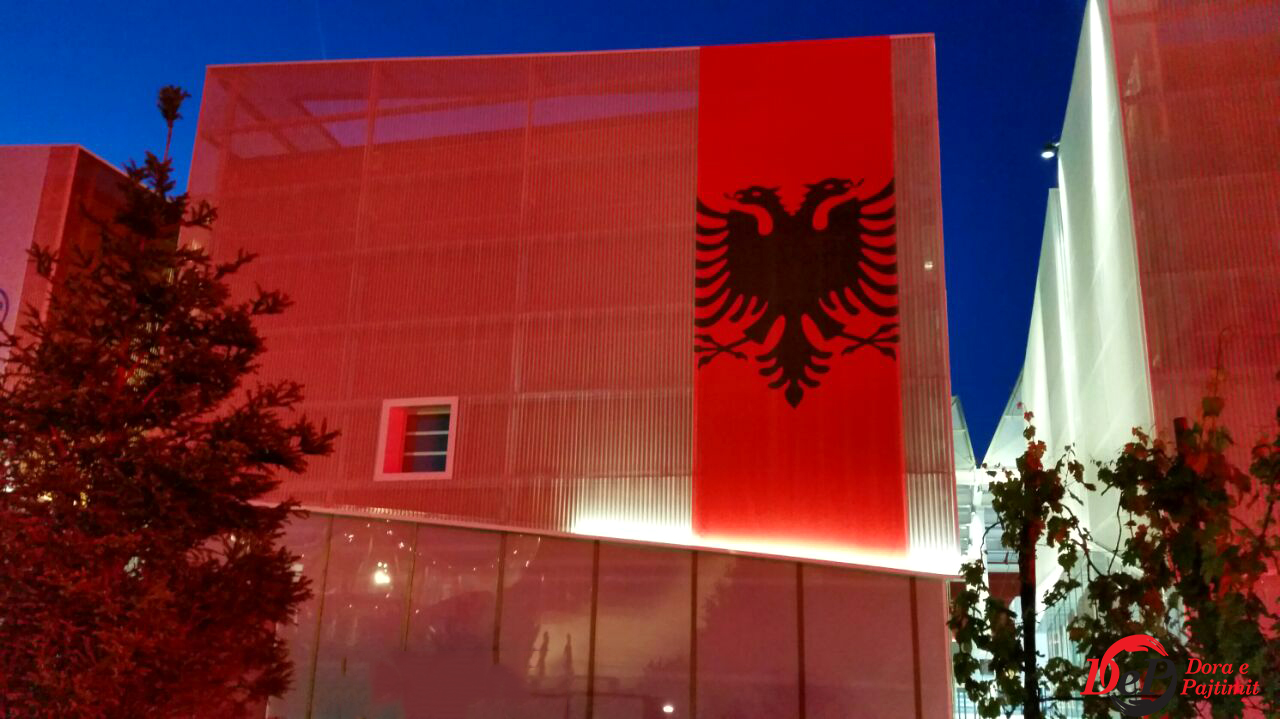 The Albanian flag in Expo Milano 2015

The theme of the exhibition is “Feeding the planet, energy for life” and is taking place in Milano city of Italy, from May 1st until October 31st of this year. It is expected that the showcased country’s stalls will be visited by more than 20 million visitors, 1 billion virtual visitors and 130 representatives from countries throughout the world.

Colours of Albania competition launched in early May of this year as an initiative to promote the beauty of Albania in the online world, by photos captured in different parts of the country. It was implemented by using the online application Instagram as a platform to share photos which became immediately part of the contest under the hashtag #ColoursofAlbania.

The competition launched by the Ministry of Foreign Affairs and was supported by the Royal Norwegian Embassy and the British Council Albania (represented by Rando Kote). The winners of the contest will be announced in a special ceremony where the organizers will present a catalogue compiled by the best 11 photos of the contest, among more than 7000 shared photos until the official deadline – July 31st.  The motto of this photo competition is “Showcase Albania with your imagination!”.

“Colours of Albania” is not only a fast way in promoting our country but also is a realist one.  – Donika Hoxha

Mrs. Hoxha accepted our invitation to have an interview with her, to reveal some more information about “Colours of Albania” competition, whose contestants now have become a virtual community with a clear mission and vision: The online promotion of Albania’s beautiful landscapes and Riviera.

A broader engagement of Albanians wherever they are to portray Albania through their peripheral sphere of vision and make it reachable for anyone is needed.   – Donika Hoxha

#ColoursofAlbania initiated as a need to improve and promote Albania’s image in and out the country. Albania’s image was hampered by a long period of isolation, followed by a period of transition. Institutions and other actors which promote Albania’s image in and out the country have delivered interesting and best known facts on Albania’s tourism, culture, history, art, business environment etc. However, a broader engagement of Albanians wherever they are to portray Albania through their peripheral sphere of vision and make it reachable for anyone is needed.

Such creative and innovative idea was released before in Kosova with the #InstaKosova. Due to the success and the good perception within foreign tourists and the major impact within the society itself, we decided to implement such an initiative in Albania. #ColoursofAlbania was then developed by the Ministry of Foreign Affairs in collaboration with the Royal Norwegian Embassy and British Council Albania.

When planning the online photo campaign, our aim was the improvement of quality and quantity of the online content for better representation and image of Albania abroad. The initiative was launched through Instagram, a very influential photo sharing social media, as a new approach of facilitating access to information on Albania including promoting facts and stories on it. What we expect from this campaign is the improved interactions between Albania and the whole audience. Another major goal is the publication of the best photos into a booklet, as a form of public diplomacy.

The Ministry of Foreign Affairs attaches great importance to the development of tourism and has established a very fruitful cooperation with the National Tourism Agency. #AlbaniaGoYourOwnWay has been constantly promoted by our embassies and missions abroad. You can find a special space dedicated to the promotion of Albanian tourism at the premises of each Albanian diplomatic representation abroad.

One of the priorities of the mission of the Ministry of Foreign Affairs is to promote Albania, its natural beauties, its cultural heritage, its culinary etc. In this context, the exhibition “Albania from the Air and from the Deep Sea” opened in Rome, Madrid, The Hague etc, in collaboration between the National Tourism Agency and the Albanian Ministry of Foreign Affairs. We have constantly supported the organization of Fam Tours of foreign journalists. To be mentioned the last one organized in May, in the margins of the Folk Festival of Gjirokastra, which served as a launching campaign of the new summer season in Albania.

“Colours of Albania” is not only a fast way in promoting our country but also is a realist one.  The photos are the real image of Albania, not only Albania as a country’s landscape but also the Albanian lifestyle.

7000 photos is not only a number. I would like others to judge. An initiative that produced more than 7000 pictures means that we have more than 7000 visual perceptions captured by the eye of the photographers. Can you imagine? 7000 photos were shared in the social networks and reached thousands of people around the world.

At the end of the online photo competition, the best pictures will be evaluated by a very good selected jury and then exposed in an art exhibition. During the exhibition will be also published the #ColoursofAlbania booklet.

To my opinion #AlbaniaGoYourOwnWay, the slogan that accompanied the promotion of the Albanian tourism in 2014, still going on, is the best effort and an added value to our constant efforts to outline our image abroad. It was not only logo, but moreover an inspiring idea. The outcome is before the eyes of any of us. Albania, “another secret of the Mediterranean”, is becoming attractive.

Participation of Albania in Expo Milano 2015 within the bio Mediterranean cluster is also an opportunity to show  and share Albania’s natural beauty and its cuisine, which is the result of Mediterranean European and Balkan influences, but also the creativity of its regions, its history and its typical products. There is still a lot to be done, however.

I believe this question can also find an answer in the precedent one. I rely on my conviction that tourism is boosting. With regard to sector policies, the government launched reforms in the fields of tourism. A new agency for the coastal area was established. Legislation regulating ownership of State property land in tourism-oriented areas was adopted. The Albanian parliament just passed the new law on tourism, which is going to be a new approach for the integrated and long-term tourism development.

The truth about Albania? I have lived for many years in Italy and I know that most of Italians who could visit Albania say it is like Italy. This is not an Italian perception only.  A lot consider Albania very similar to Italy, French Riviera or even Spain. Of course, Albania is Europe and Balkans at the same time.

At summer time, I would suggest to go to Jale and enjoy the crystal clear water, a small beach of the wonderful Albanian Riviera, but once done at the seaside you need to take some fresh air back towards the land, in Theth or Valbona National Parks.