T-shirts, from Undergarments in the 19th Century to Today’s Styles

The T-shirts that we know today didn’t have the same purpose as they had a few centuries ago. They have evolved from undergarments used in the 19th century, to casual clothing in the second half of the 20th century up to today.

They were first introduced in the world during the American-Spanish War in 1898 when the U.S. Navy released them in the market as undergarments. But it was in the 1950s when the American actor Marlon Brando in the movie called “A streetcar named desire”, used them as outerwear that they gained popularity.

Today they are worn frequently as only one piece of clothing on the top half of the body. T-shirts have also become a medium for self-expression and advertising, with any imaginable combination of words, art, and photographs on display.

There are different types and styles of t-shirts: 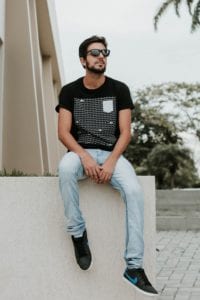 The fitting varies as well:

Today the T-shirt manufacturing industry generates billions of Euros in the world.

Only in 2017, the T-shirt manufacturing countries exported a total worth of €39.7 billion worldwide.

Among continents, Asia accounted for the highest worth of exported T-shirts during 2017 with shipments valued at €22.4 billion or 56.7 percent of all worldwide exports.

In second place are European countries at 29.5 percent.

Cotton is the dominant material for T-shirt manufacturing. Cotton T-shirts accounted for €24.9 billion in international sales or almost two-thirds (63.3%) of the total exported T-shirts.

Some of the biggest T-shirt manufacturers in Europe 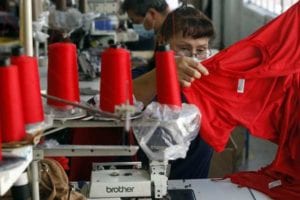 European T-shirt Production – based in Istanbul, Turkey manufactures T-shirts that are finished and then distributed everywhere in Europe. This is the only company in Europe that produces tubular t-shirts and releases in the market 8 million t-shirts per year.

Eser Textile – another Istanbul-based high-quality T-shirt factory since 1968. With more than 50 years of experience, they can produce up to 600.000 pieces of shirts per year.

D’Alessandro – Italian manufacturer that produces and sells T-shirts, and can produce for private labels too.

Xacus – Another ‘Made in Italy’ T-shirt manufacturer that produces and sells its own T-shirts in Italy and in its stores spread throughout Europe. The company was born in 1956 in the outskirts of Vicenza but now exports its products too.

C2S Shirts Bespoke – The Courlay-based French manufacturer, with 20 years of experience has developed to be true expertise and know-how in manufacturing bespoke and made-to-measure T-shirts.

Hawthorn – The U.K.-based factory is one of the leading T-shirt manufacturers in the country, producing T-shirts for small to medium fashion brands, with minimum order quantity.

Fchand – another U.K.-based clothing manufacturer, offers full services to global clients. They aim at private label clothing manufacturing, which helps clients benefit from the “Made in Britain” label. They have a 25,000 sq ft production facility since 2010 and produce on average 2500 clothing per week. They offer orders of as little as 300 units per style.

If you‘re looking for a list of manufacturers in Albania or have further questions, please use the contact form below.