Permet is a city situated in eastern part of Albania and it is known for many tourism attractions for its thermal springs which are very curative and recommended by doctors. These thermal springs are situated in the banks of Langarica Canyon, which attracts hundreds of tourists every year. The canyon is located about 200 meters from the thermal springs and his altitude varies from 30 m to 150 m. Through the rocks of the canyons crosses Langarica river, known as “the blessed river” for locals.

The canyon is surrounded by the forests and mountains of Dangelli and Shqeri and streams in Vjosa River. The natural panorama along the canyon is stunning and untouched by the human hand. It changes through the seasons and gives a colorful and expressive display of the nature in this area. Inside it has many caves, a variety of trees and aromatic bushes, and thermal springs formed by sulfur waters which stream from the caves. 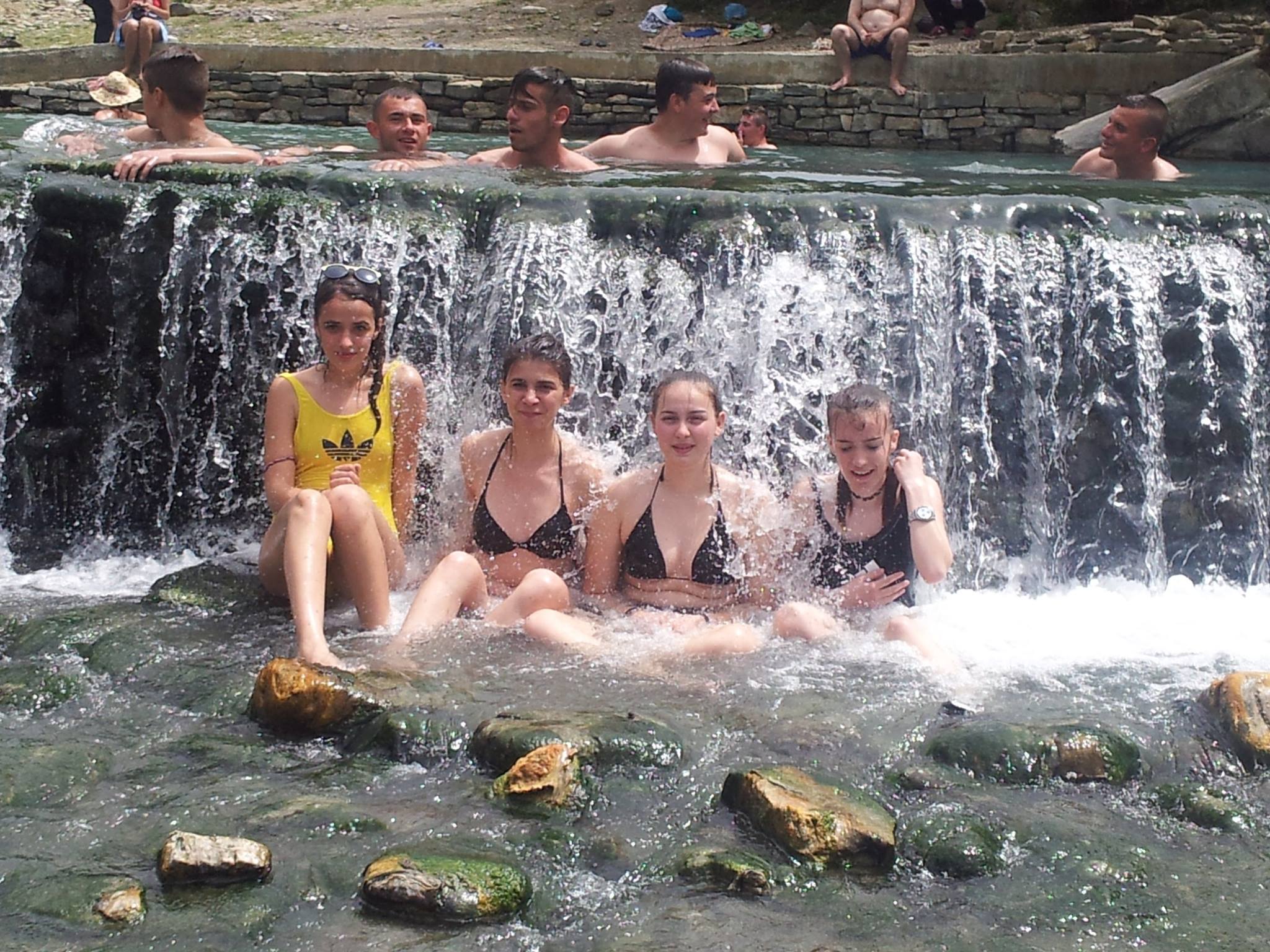 Most of the tourists that visit these thermal springs are Albanians which use this natural resource as a cure for many diseases such as skin or bones diseases, rheumatism, ect.  They come from nearby cities such as Tepelena or Gjirokastra but also from Tirana or even Kosovo and Macedonia. Both banks of the Langarica Canyon get very populated during the summer season, especially the streams near Kadiu Bridge, an architectonic monument built three centuries ago.